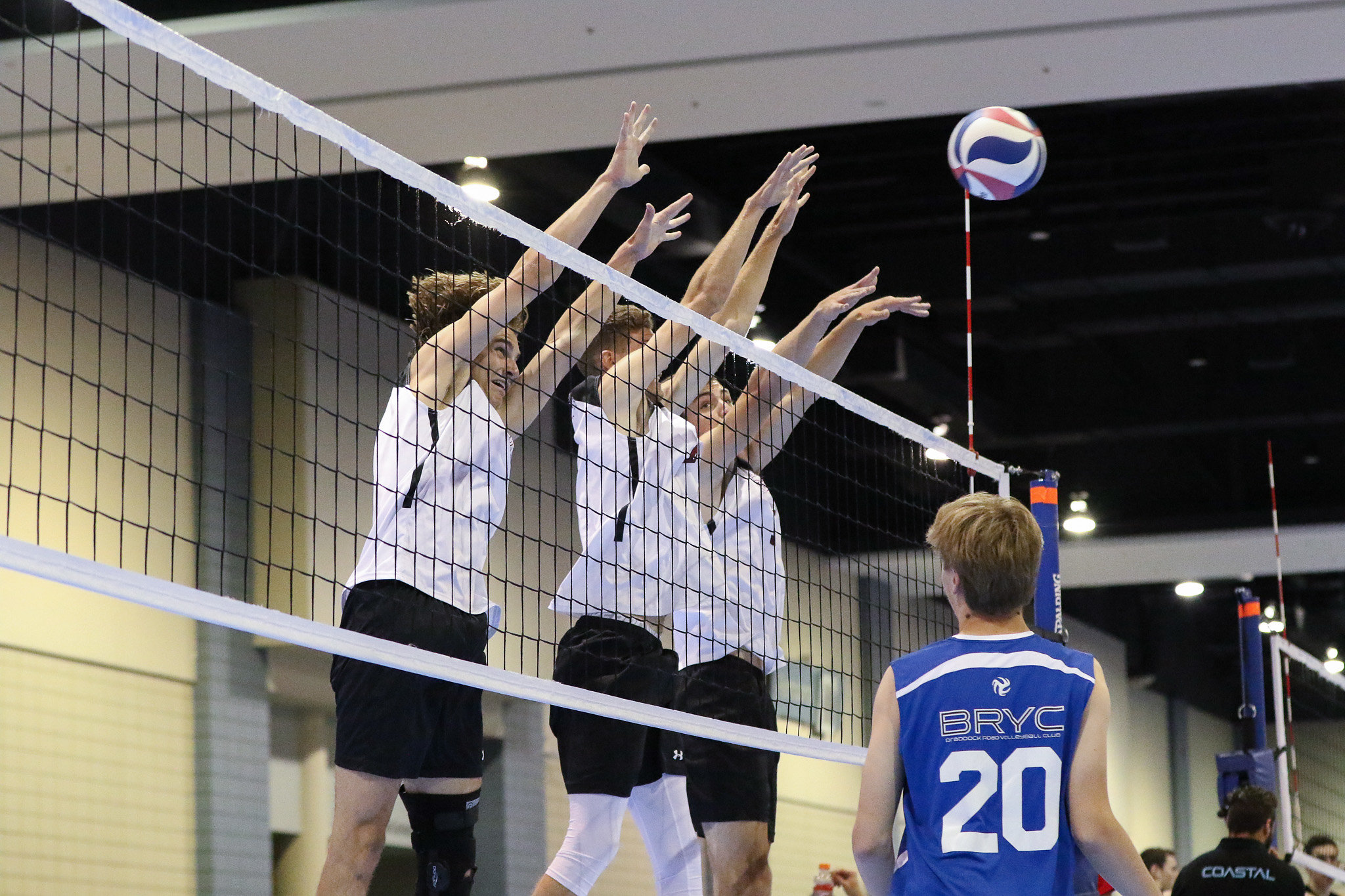 The BECC tournament is part of the USA Volleyball (USAV) qualification process used to determine the Open Division teams at the Boys’ Junior National Championships and awards up to three bids in each age group. The SAC tournament will offer single age groups 12s, 13s, 14s, 15s, 16s, 17s, and 18s. The 12s division will accommodate girls’ or boys’ teams. Up to thirty-two teams will be accepted in each division. 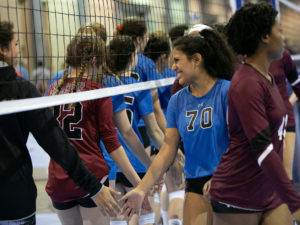 Teams travel from across the nation, Canada, and Puerto Rico to claim blanket real estate in the convention center for eating, socializing, and resting between three days of fierce competition. The 10,000 visitors generate more than $5 million in economic impact to the Richmond metro area.

Skip Weston, Director of Tournaments & Facilities for RVC states: “Richmond Region Tourism and Sports Backers understand how important events like this are for USA Volleyball programs as well as the economy in our metro area. They support the tournaments and lend to the spectator and player experience while visiting RVA.”

If you have never seen USA Junior Volleyball, it’s a fast-paced sport requiring athleticism, coordination, strength, agility, and mental toughness. It is also an exciting sport to watch and the fourth most popular at the summer Olympics. Volleyball has been part of the Olympics for both men and women consistently since 1964. A little trivia: the game of volleyball, originally called “mintonette,” was invented in 1895 by William G. Morgan after the invention of basketball only four years before. Morgan, a graduate of the Springfield College of the YMCA, designed the game to be a combination of basketball, baseball, tennis, and handball.

Richmond Volleyball Club is a nonprofit organization dedicated to developing athletes of all ages for amateur volleyball competition. RVC is Richmond’s oldest sports and social club and has the largest volleyball-dedicated facilities in the country. Since 1981, RVC has championed the growth of volleyball in central Virginia with year-round volleyball programs for ages 3 to 73.

For the past 35 years, RVC has helped residents in the Richmond region maintain an active lifestyle throughout their life by offering year-round programs for adults and juniors. Growing from one four-court facility into two facilities (with a combined 20 courts), RVC has been a home away from home for more than 3,500 members and a champion for the growth of volleyball in central Virginia. Richmond Volleyball Club has almost 400 visitors daily, participating in adult leagues and junior development programs. RVC supports 140 USA Volleyball and recreational junior teams annually. RVC currently host around 51 teams on any given weekend with 57% of those teams traveling from more than 60 miles away.

RVC also hosts more than 10,000 junior players, coaches, and spectators twice a year in two major tournaments – this combined Boys’ East Coast Championships & Girls’ South Atlantic Championships and Monument City Classic every January. RVC has had more than 250 junior volleyball players whose love of volleyball led them into pursuing a college education. For many of these athletes, volleyball either helped provide financial assistance for college or provided a drive for them to pursue higher education. “Our success allows us to provide financial assistance so that kids interested in playing volleyball can have the opportunity to play. We’re all aware of the many physical and emotional benefits involved with sports participation,” states Darcy.