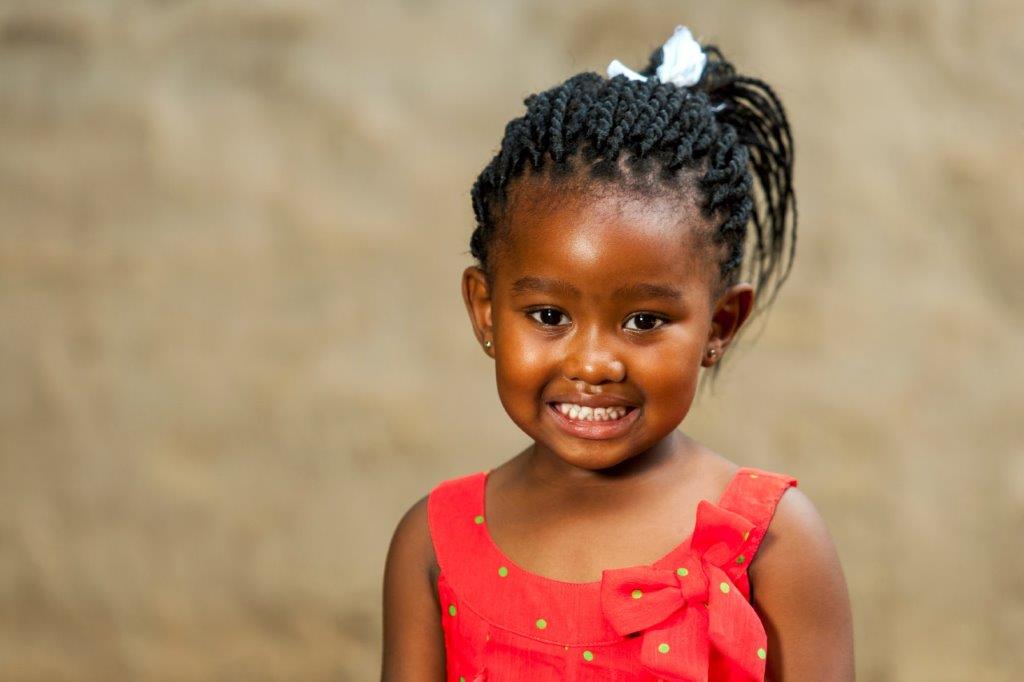 The beloved American folk story of Johnny Appleseed would not have been possible without the European colonists who brought apple seeds on their early voyages to America. Like those early settlers with apple seeds, immigrants and refugees have brought many gifts of other cultures with them through the centuries, along with a focused spirit of accomplishing their dreams in a new world.

In the 21st century, the dreams remain the same with that same seed of hope for today’s refugees.

“They have borne the brunt of endless wars, religious conflicts, and political upheavals,” says Art Heifetz, a volunteer at Commonwealth Catholic Charities (CCC). “They have been displaced from their homes, spending up to twenty years in refugee camps – some were born in the camps. They go through countless interviews and exams to finally end up here.”

Heifetz knows many of these refugees’ personal stories as he teaches weekly ESL (English as a second language) classes in Richmond. “And yet, through all this, they have never lost hope and are eager to begin their lives again in an unfamiliar country to learn new customs and a new language.”

CCC is the one of two agencies in Central Virginia that welcomes refugees. “Our resettlement efforts include the initial housing placement, case management, school enrollment and follow-up, health and language support, and education and employment services,” says Amar Bhattarai, CCC’s director of resettlement services.

After a recent naturalization ceremony, a CCC client exclaimed, “Finally, I get to become a US citizen. I’m so proud and I love America. I promise this country to give as much as possible from my power to build and improve this wonderful country. God bless the United States of America!”

On a similar praiseworthy note, Heifetz adds, “I salute all those who make their way to our shores and add to the colorful mix that is present-day America. They merit our admiration.” 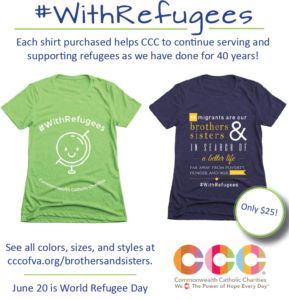 World Refugee Day serves as a reminder of the hardships endured by those who have had to leave their home countries. In recognition of this day, CCC is asking for the community’s support through the purchase of T-shirts that bring greater awareness of those who stand with refugees, as well as provide a financial donation to the organization’s refugee resettlement program. More information on the shirts can be found at Commonwealth Catholic Charities. 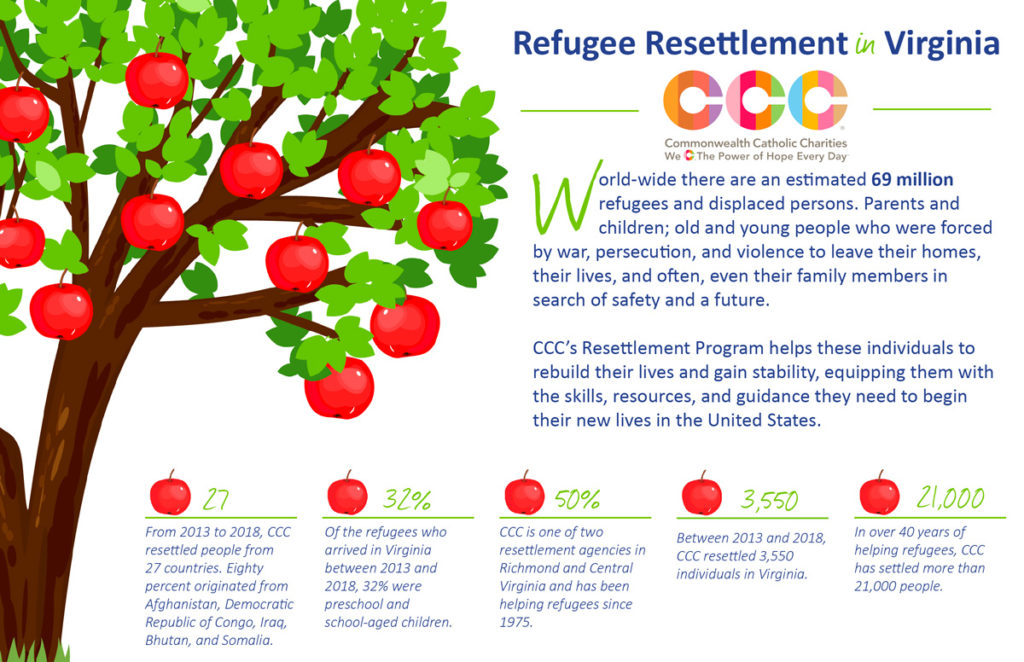 With more than forty years of service to refugees, CCC is the longest running and most experienced resettlement agency in Virginia. The mission of Commonwealth Catholic Charities is to provide quality, compassionate human services to all people, especially the most vulnerable, regardless of faith. We envision a world where poverty is alleviated, people of all races and faith are treated with respect, and all are inspired to serve.Commonwealth Catholic Charities is a 501(c)(3) nonprofit organization dedicated to alleviating human suffering and restoring hope, dignity and opportunities to Virginia’s residents since 1923.