If you’ve got a kid racing toward 15-and-a-half, you’re probably already stomping the imaginary brake pedal.Or maybe, willing time to slow just a bit. Learning to drive is one of the milestones of life. At some point, it is every teen’s dream – and every parent’s nightmare. Millions of teens drive to school, to jobs, to social events (and places they’d rather you not know) and it almost always works out, except for a few more gray hairs for us parents.

“To me, getting my driver’s license means freedom and opportunity,” says Avery Bullock, a sophomore at Clover Hill High School in Chesterfield County who is taking driver’s education this year. “Right now, I can’t do as many school clubs as I’d like, or get a job, or volunteer more. When I can drive, I can do more.”

But learning to drive isn’t as simple as most teens like to think.“It’s a very gradual process,” says Larry Rolando, a driving instructor at the Friendly Driving School. “You don’t just get behind the wheel and go.”

In Virginia, many students, like Avery, take driver’s education through the public school systems. Others opt for private driving schools, or online driver’s ed (which is supplemented by behind-the-wheel training from private instructors). There are benefits to each type of school, and ultimately parents should select one that blends best with the family’s needs. Public school systems generally spend more time with students, but private instruction can offer more flexible scheduling. Those curious about results of various programs can find first-year driver crash statistics from each school on the Virginia Department of Education website.

Driver’s ed is a Virginia SOL requirement, lumped in with health and physical education. Virginia, like most states, uses a graduated drivers licensing program, which has been shown to reduce fatalities and injury crashes among 16-year-old drivers, since they get initial driving experience under low-risk conditions.

Before getting behind the wheel, a student must obtain a learner’s permit, issued by the Division of Motor Vehicles. Students must be 15 years and six months of age; furnish proof of name, social security number, residence, and birth date; and pass vision and multiple-choice knowledge tests.

Much as they may want to, it might not be best to let your newly permitted teen drive home from the DMV. Better, according to Rolando, is to start slow, in a parking lot or driver education lot.From there, he suggests driving in neighborhoods for a while before going out on main roads – and then only at off-peak hours. “Pick up the tempo as they pick up the skills,” he advised.

Fast forward nine months, (that’s right, nothing magical happens on the sixteenth birthday anymore) and assuming your teen has completed classroom and behind-the-wheel instruction and passed the test in a state-approved driver’s ed course, he is eligible for a provisional license. But the license is distributed to parents, along with advice that they determine when the teen is ready to hit the road alone. As far as restrictions at this level go, new drivers won’t be allowed to have more than one under-18 passenger for the first 12 months, and no more than three until age 18 (except family) and must have adult supervision between midnight and four in the morning. (Feel free to go ahead and shudder here!)

In addition to those regulations, families need to determine their own rules and expectations – and consequences for not following them. These might include limits on where and when the teen can drive, financial responsibilities, insurance and descriptions of how privileges can be earned.

At the top of the list of rules should be a policy that cell phone use – texting or talking – is forbidden, says Rosalie Ashcraft, in-car driver’s ed coordinator for Chesterfield County Public Schools.

Distracted driving is a major cause of crashes, and with teens glued to cell phones most of their waking (and walking) hours, accidents are waiting to happen, says Ashcraft. “Every time they do something and get away with it without a consequence, they think they can handle it – until they can’t,” says Ashcraft. “If you catch your child [using] a cell phone while driving, there needs to be a major consequence.”

If your teen just can’t break the cell phone habit, apps such as DriveSmart Plus and Key2SafeDriving can disable most of a phone’s functionality in the car.

Having a safe teen driver starts years before he or she actually gets behind the wheel. “Kids pick up the good habits and the bad habits from adults,” says Ashcraft.“We ask kids if parents set a good example, and the usual answer is no.” The realization that a teen’s driving mirrors your own can be a harsh wake-up call, especially when you have to ride at least 45 hours with him before licensing.

During those rides, positive reinforcement works better than screaming. “Parents and students have to have an understanding for how to communicate with each other,” says Rolando. “A parent cannot yell at a student; you know that all you’re doing is making the kid more nervous.” The parent may need to explain exactly what slow down and stop mean. And the parent may only grab the wheel in an emergency.

“My mom is pretty cool, but when you have someone trying to correct you when you’re trying to correct… well, that’s how you end up in the ditch,” says Henrico teen Brandon Delano, who made his mom sit on her hands so she wouldn’t touch the wheel while he learned to drive. That kind of self-control is difficult for parents who may remember some bad decisions of their youth. But those decisions were not necessarily because they were bad drivers, experts say.

Vanessa C. Wigand, principal specialist for health education, physical education, driver education, and athletics at the Virginia Department of Education, says the teenage brain is not just an adult brain with fewer miles on it. “Teens have very sharp brains, but they’re not quite sure what to do with them.”

Kids in this age group inherently take more risks, not from inexperience, but from lack of development. The largest part of the brain, the cortex, is divided into lobes that mature from back to front. The last section to connect is the frontal lobe, which is responsible for cognitive processes such as reasoning, planning, and judgment.Normally this mental merger is not complete until age 25, she says. “The teenage brain lacks the ability to manage risks…and consequently, parents must step in and serve as their frontal lobe since the teenage brain can’t make these risk-management decisions on its own,” says Wigand.

According to the CDC, motor vehicle crashes are the leading cause of death for US teens, accounting for more than one in three deaths. In 2009, eight teens ages 16 to 19 died every day from motor vehicle injuries in the nation.

But sometimes even careful drivers have incidents.

Mira Johnson, a senior at Appomattox Regional Governor’s School, had an accident the second day with her license. It was, she thinks, from driving too slowly and timidly.“I was really afraid to call my parents. I was scared and embarrassed,” she says.But it taught her an important lesson about defensive driving.

Rolando cautions students to expect the worst on the road. “Take nothing for granted and trust no one.”

Avery is heeding the advice. “You realize how just one second of not paying attention could result in a crash. What you’re doing could affect your life and other people out there.

Tips for Teens from Teens

• Know where you’re going. Don’t rely solely on a GPS. Trust your instincts too.

• Keep some change on hand in case you end up at a tollbooth. You don’t want to sit there blocking traffic while you scramble for coins.

• Speeding isn’t as fun as it seems, especially when you get an expensive ticket.

• Parking lots are tricky. When you’re a new driver, look for a pull-through space a little further away.

• You know it’s illegal to text or talk on the cell phone while driving, but changing the radio and eating can be just as distracting.Don’t do it.

Having just traveled down this road with my daughter, I’ve picked up some tips from the experience and from other parents:

• Your insurance premium will skyrocket. Ask about good-student and other discounts.

• While your teen’s still in the passenger seat, help him get a feel for directions. Ask which way to turn or what exit to take next.

• Always stay calm. Try to be encouraging, even if you’re sweating bullets.

• When riding with a new driver, avoid having both parents issue instructions. Designate a spokesperson.

• Teach your child what to do in case of an accident. Print out a checklist to keep in the car.

• Recognize that most accidents will take place near home. Remind new drivers to be on the lookout for pets, bicycles, and pedestrians, as well as other vehicles.

• Teach your child how to pump gas, check oil and tire pressure, and perform basic maintenance.

• Consider the safety records of different models of cars and how the teen might drive them before letting the teen get behind the wheel.

Still worried? Some websites, such as 511virginia.org or randolph.co.henrico.va.us/Traffic/Calls.aspx, provide a current list of accidents and delays so you can check on things. 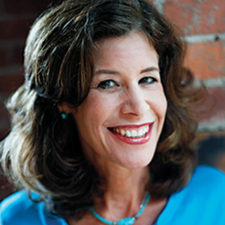