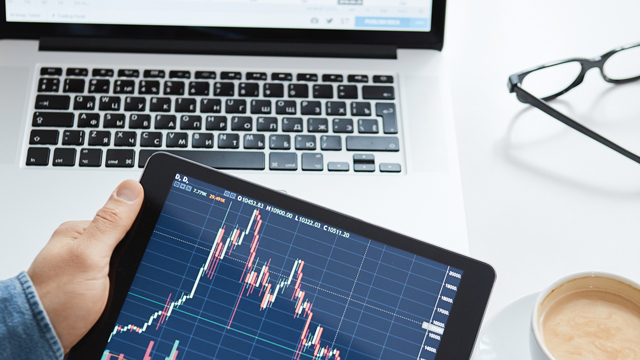 The Truth About Day Trading

With apps making it easier and cheaper to participate in financial trading, more time at home for many of us, and a few high-flying stocks enticing people into the stock market, it’s easy to see why more people are starting to day trade. Day trading is when people buy individual stocks, usually in companies they know, and start watching the ticker prices move up and down, setting alerts on their phone, and signing in way too often to place trades and see how they’re doing.

Placing a few trades here and there seems harmless, but is it really?

Periodically, I see commercials on TV for a household name brokerage touting its technology to investors. In the commercial, a very handsome and slightly gray-haired man explains how his broker makes it so easy to set alerts so he can trade on the go. The other people in the commercial listen jealously, probably thinking about all of the trading opportunities they’ve missed.

When these commercials come on, I cringe. I wonder how many people have been duped into believing that actively trading stocks (part-time, no less) is great fun and profitable. Despite what businesses who profit from your trading, margin loans, and options purchases will tell you, day trading is not a realistic path to wealth.

The realistic path to wealth is much less exciting. Unlike the excitement of the roll of the dice at a casino (much like the celebratory images and buzzing generated by certain apps when a trade is placed), true investing is quite different, as it should be. Here’s why: You want to make profits.

One of the biggest issues with trading individual stocks is that the odds are actually stacked against you. According to Dimensional Fund Advisors, from 1994 to 2019, the entire global stock market returned a 7.9 percent compound, average return. Not bad.

It nearly goes without saying, diversification does not completely eliminate the risk of loss when investing. The stock market broadly declined in late February and early March of this year. What is important to remember though, is that much of the stock market’s returns are driven by just a handful of stocks. To further complicate matters, those stocks tend to change every year.

At the time of writing this article (August 31, 2020), that same phenomenon is glaringly obvious, as five companies (six stocks because Alphabet, Google’s parent company, has two share classes) are significantly outperforming the other 494 companies. Perhaps, it is this extreme out-performance of a relatively few number of companies that is driving the renewed interest in day trading. It may look easy if you think you only have to pick a few names moving or already performing well to get outsized returns.

Despite the research that shows actively trading your investments more often than not ends in reduced returns for investors, people still do it. Additionally, they may be forgetting one other factor that works against active short-term trading: taxes. When an investor sells an investment they have held for less than a year with a gain in it (that is, it has increased in price since you bought it), you have to pay taxes at the short-term capital gains rate, which is your marginal tax bracket. Your marginal tax bracket is your highest tax bracket.

If you hold an investment that has increased in price for over a year, you pay taxes at the more favorable long-term capital gains rate. So assuming you make a profit, which is a huge assumption, you also have to pay taxes at a higher rate on short-term trades.

The moral of the story is this: Sometimes boring is good. Be wary of businesses that try to lure you with the idea of easy wealth. Or with the idea they are somehow equalizing wealth by giving the little guy access to free trading. It’s a mirage. If a company seems to give away their product for free or nearly free, you are the actual product.