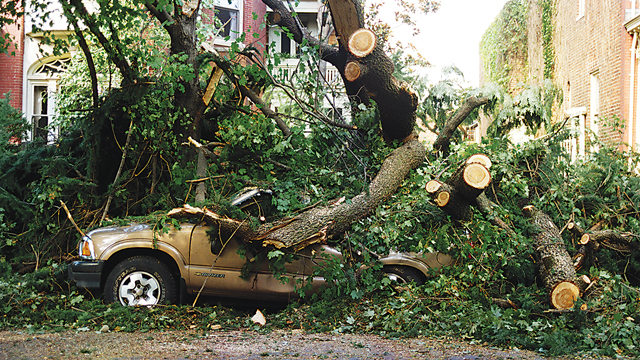 The Science of Severe Weather

Hurricanes used to sneak up on us. Although some sailors and weather watchers could tell when storms were getting close, for the most part, they were a surprise. Because of that, hurricanes (with maximum sustained surface winds of 74 mph or greater) and tropical storms (with sustained winds ranging from 39 to 73 mph) were deadlier than they are now. Imagine a hurricane barreling down on your hometown and you didn’t know about it until a few hours before it hit. Thankfully, that’s unthinkable nowadays.

Meteorologists can now see the moment a storm forms from a cluster of thunderstorms over the ocean into a tropical system. Thanks to satellite data and other technology, we can also make reliable predictions as to the path of hurricanes. Plus, the forecasters at the National Hurricane Center have been getting more and more accurate every year. Better computer models, more data from satellites, and hurricane hunters (airplanes that fly into the storms) have combined to save countless lives. 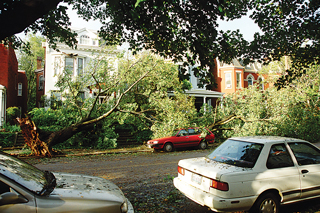 Although hurricanes – called cyclones in the South Pacific and Indian Ocean – are the biggest storms on earth and can bring devastating wind, rain, and flood damage, we shouldn’t fear them. We should respect them and do our best to keep up with forecasts and heed warnings regarding evacuations. Also, make sure you and your family have a disaster plan in place in case of power outages or other interrupted services.

Hurricane season runs from June 1 to November 30, although sometimes the season starts earlier and ends later. Hurricanes typically occur within this window because of ocean water temperature. Tropical systems thrive on warm water, and mid-summer to early fall is when conditions are right. Although the season starts in the summer, the peak of hurricane season is September through early October. This year, we got an early start with two named storms in May: Arthur and Bertha. Tropical storms can form outside of hurricane season, but it’s rare.

This year’s season is expected to be an above average hurricane season. An average year has thirteen tropical storms and seven hurricanes.
The forecast is for more storms in the Atlantic Basin for two reasons:

1. The water in the Atlantic in the tropical storm formation zone is warmer than normal (and hurricanes are fueled by warm water).

2. El Niño (unusually warm ocean temperatures in the Equatorial Pacific) doesn’t appear to be forming. When the El Niño weather pattern forms, it tends to rip apart tropical systems as they head our way.

Although big-picture seasonal forecasts can be helpful, I’ve never been a fan of them. It doesn’t matter how many storms form in a season; what matters is how many make landfall. A slow year can have more impact than a busy one. Hurricane Andrew in 1992 was devastating when it made landfall as a Category 5 in South Florida, but it was during an otherwise slow year. An active year full of fish storms (storms that stay over water) wouldn’t be much of a problem. But once they start making landfall, the season can turn bad quickly. 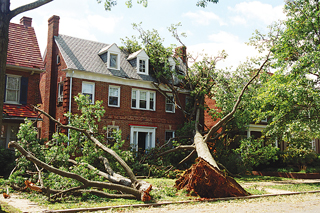 Did you know Virginia’s shoreline has not been directly hit by a hurricane in modern times? While almost every piece of the Southeast United States shoreline has seen a direct impact, Virginia has dodged the bullet. Geography is our friend. We are protected by eastern North Carolina, which juts out much farther east than Virginia’s coastline does. To get to Virginia, most storms track over North Carolina first, weakening over land as they do so. Also, by the time storms get north to Virginia, they tend to be curving back out to sea. A direct impact could happen, though, and that’s our worst-case scenario.

When Isabel ravaged Virginia in 2003, it was horrible, but winds only gusted to 73 mph in Richmond. That’s just below hurricane force winds of 75 mph. As a tropical storm, thousands of trees were uprooted and power went out for over two million households. In some areas, the outages lasted for weeks. Tropical storm Isabel’s strong winds and heavy rain killed thirty-six people and caused almost $2 billion dollars in damage, making it the costliest natural disaster in state history. But it was not a direct hit. Like other hurricanes, Isabel made landfall in North Carolina and weakened on its way north. Although there was some severe flooding in Virginia’s tidal rivers, it could have been much worse. If a hurricane ever comes up the mouth of the Chesapeake Bay, it would take years to recover from the combination of flooding and wind damage. That’s the hurricane scenario that keeps me up at night.

Impact from hurricanes is going to continue to increase for a few reasons. First, people keep moving to the coast which puts more of us at risk. Second, global warming is expected to increase the intensity of the strongest storms. However, with improving forecasts, communication, and preparedness, we can keep our families safe. This hurricane season, prepare for the worst and hope for the best. 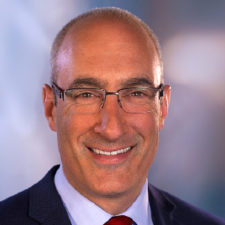 Andrew Freiden is the meteorologist for NBC12’s morning newscasts. A parent of two school-age children, Andrew has helped Richmond families plan for the weather for two decades. A trusted source of science information, Andrew is full of science and weather knowledge about Virginia.