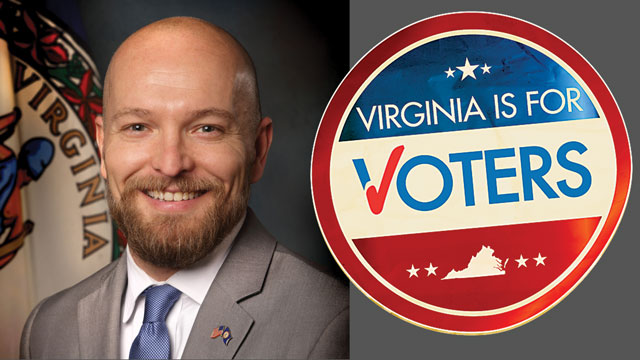 Christopher Piper, commissioner
of the Department of Elections, on
legislative changes, election security,
and exercising your right to vote

With the spread of COVID-19, conducting elections has become more challenging than ever. The mission of the Virginia Department of Elections is to promote and support accurate, fair, open, and secure elections for the voters of the Commonwealth. To that end, the Department is working with local election officials and encourages voters to take as many precautions as possible when casting their vote during the pandemic. The collaborative work of local, state, and federal officials has so far proven successful in addressing how to run elections while decreasing the potential spread of the virus.

In addition to the challenges of navigating the elections process during a pandemic, new legislation related to voting has been implemented in Virginia. The changes in election law passed by the Virginia General Assembly and signed by Governor Ralph Northam in April were implemented July 1, 2020. These changes will make voting easier and more accessible without compromising the security of the ballot.

Voting Absentee By Mail or In Person

One of the most consequential changes of the new legislation has to do with voting absentee by mail and early in-person voting. Virginia voters will no longer need to list a reason in order to cast an absentee ballot. This will help shorten lines at polling locations on Election Day (Tuesday, November 3), while expanding accessibility to those who may be out of town or at work on Election Day.

For the 2020 General Election, October 23, 2020, is the last day voters can apply online, by fax, or by mail to receive an absentee ballot. Applications must be submitted no later than 5 p.m. After applying, check to see if your absentee application was received and whether your ballot was sent and received by going to the Citizen Portal at Elections.Virginia.Gov.

In addition, the deadline to return an absentee ballot by mail has been extended. New legislation allows ballots to be received until noon on the Friday after the election if the ballot has a postmark on or before Election Day. For a list of early voting locations including satellite locations and ballot dropboxes, go here.

If a voter requests an absentee ballot by mail and then changes his or her mind and wishes to vote in person, they may do so. If they take their ballot with them to the registrar’s office, the office will spoil the ballot and they will be issued a new one. Voters who do not have their absentee ballot with them will vote using a provisional ballot.

The process by which voters verify their identification has also been expanded. In the past, a voter had to present a photo ID to vote. The General Assembly not only expanded what photo IDs are acceptable at a polling place, but also included residency documents as a means of verification. The following documents are now considered valid identification for voting in person (early or on Election Day):

• Voter confirmation documents
• VA driver’s license or other photo ID issued by Virginia, one of its subdivisions, or the US
• Valid US passport
• Student ID (no photo necessary) issued by any institution of higher learning or by a private school located in the Commonwealth
• Valid employee ID (with a photograph)
• Copy of current utility bill, bank statement, government, or company paycheck
• Any other government document containing the name and address of the voter

If voters do not have one of those documents, they can sign an affidavit affirming their identity and vote using a regular ballot. If a voter has no acceptable ID and refuses to sign the affidavit, he can still vote using a provisional ballot (a ballot used to record the vote of an individual whose eligibility to vote cannot be confirmed at the polling location on Election Day by election officials or the general registrar).

Beginning this year with the general election in November, Election Day is a state holiday. Lee-Jackson Day, formerly observed on the Friday immediately preceding Martin Luther King, Jr. Day in January, was abolished, making way for Election Day to be observed as a holiday in the Commonwealth. At the Virginia Department of Elections, we are hopeful that businesses will follow suit, giving workers ample time to vote on Election Day and possibly volunteer to work as an officer of election in community polling places.

Voter registration at the Department of Motor Vehicles also changed as of July 1, 2020. Any eligible voter’s information is now automatically transmitted to the Department of Elections when a voter applies for or renews a driver’s license, unless the voter specifically requests to opt out. If that person is not already registered, they will be added to the voter roll. If they have moved, their information will be updated with the new address.

These law changes will help keep Virginia elections among the fairest and most secure in the nation while making it safer and easier for Virginians to exercise their Constitutional right to vote.

For detailed information about voting in Virginia, dropboxes, election security, and provisions for verifying your ballot, visit Elections.Virginia.Gov 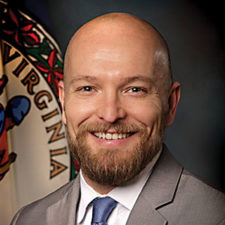 As the commissioner of the Virginia Department of Elections, Christopher Piper is dedicated to protecting the Commonwealth’s elections and focused on election security and strong, uniform application of laws, regulations, and policies. Christopher lives in Henrico with his wife Erica, and is the father of two teenagers.