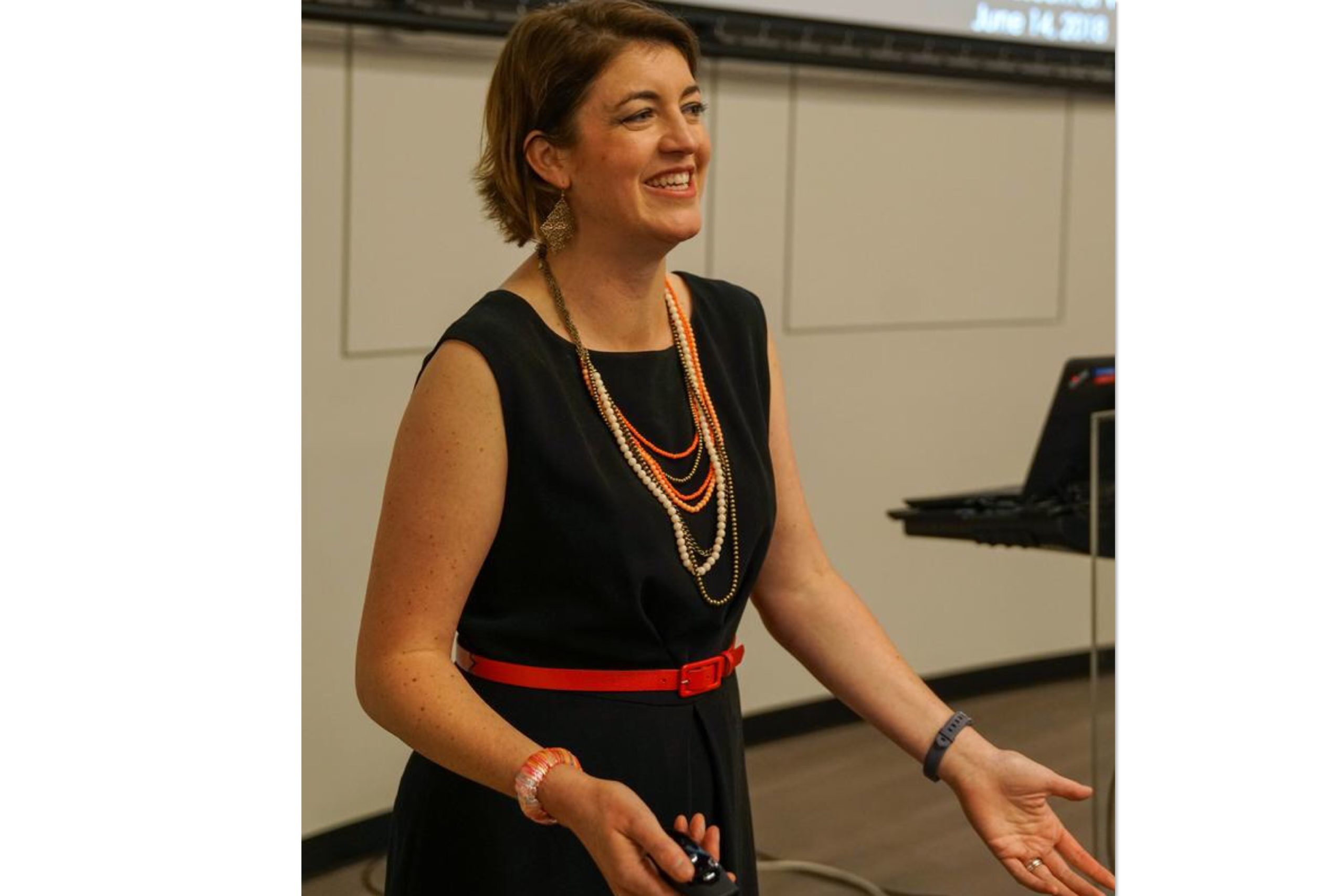 Catherine Lowry Franssen, PhD, could have taken a sabbatical from Longwood University to work on research like many professors. Instead she chose to join the staff at Science Museum of Virginia as scientist in residence.

Franssen, who has a psychology degree from Randolph-Macon College and doctorate in neurobiology from the University of Chicago, is not only the first scientist in residence at the museum, but she is also the first neuroscientist and the first female scientist on staff full-time. She will be working with the museum through August 2021.

She will assist with exhibits, programs, digital content, and special events. Her knowledge in physiology, biochemistry, and anatomy, and her experience explaining complex human behaviors and how the brain works to students for more than a decade, will allow the Museum to expand its STEM offerings to guests.

She is excited about pursuing this new endeavor and spending time “working with others to refresh and reenergize myself,” she says. “This experience will help me grow as a scientific ambassador, share more science, learn more about what audiences want to know and extend the reach of Longwood University.”

Franssen was seven years old when her family moved to Henrico from Charleston, West Virginia. One of four siblings, she graduated from Mills Godwin High School and later Randolph-Macon College where her father (now retired) served as a professor of business.

Her mom had a career in nursing and administration with Bon Secours Hospital before she retired. Franssen remembers as a child being fascinated with science. “I was always looking up things in the encyclopedia. I was interested in how things work,” she says. “I was interested in why people act the way they do.”

As part of her studies in psychology at Randolph-Macon, she took a class on physiological psychology that started her thinking about combining psychology and science. “I was fascinated with the brain,” she says. “I wanted to find the biological underpinnings of how we behave. I realized science could tell me so much more.” 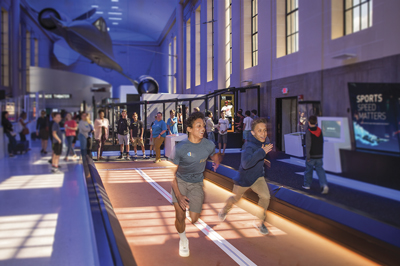 During her career, she completed a postdoc position in the research lab of Professor Kelly Lambert at Randolph-Macon. Lambert was one of Franssen’s first mentors.

“Through that experience, I learned a lot about teaching and how to balance everything,” says Franssen who was newly married and starting a family – she has two daughters, ages eleven and five and a half.

In her work as associate professor of psychology and director of the neuroscience program at Longwood, Franssen specializes in behavioral neuroendocrinology –hormones in the brain that include stress hormones and behavior to stress. “I study that in a lot of different ways such as predator-prey interaction. How a mouse knows to avoid a cat if the mouse never encountered a cat before, for example,” she says. “What triggers a pathway and what does it do? How do you describe the feeling when your heart begins to race?”

Franssen’s research includes multiple areas of interest. One facet focuses on nature and its importance in regulating stress responses. As the rate of anxiety and depression in the country continues to rise, a touch of nature might offer some relief. “It really helps us connect and know that we are part of something bigger,” she says.

Getting Settled in at the Science Museum

Franssen started her affiliation with the museum two years ago when she did a Science on Tap talk. “It was fun to give a lighthearted talk about science and animal behavior,” she says. “I like talking to adults and children so they can think of science from other points of view.”

A few weeks ago she gave a lunch-break science talk at the museum about nature and neuroscience. The talk is still available online. “I will probably be doing more of those kinds of digital content along with blog content and helping out behind the scenes,” she says.

Over the years, she has had a lot of talented female science mentors, including Professor Leslie Kay at the University of Chicago. “Having these women in my life showed me how to be a woman in science,” she says. “That normalized [being a woman in science] in a way, but it’s hard to ignore the fact that it’s not normal. More of my colleagues are men. It’s still an uphill battle for women in science.”

It’s important for Franssen to show her daughters and students the potential in a science career. She wants to serve as a mentor for women interested in the field like other women have been for her, she says. “I want to show female students it’s possible to be successful as a scientist and balance that with being a wife and mother,” she says. “You can have a well-rounded life and be a scientist. That’s something men have had for a long time and women haven’t always had.”