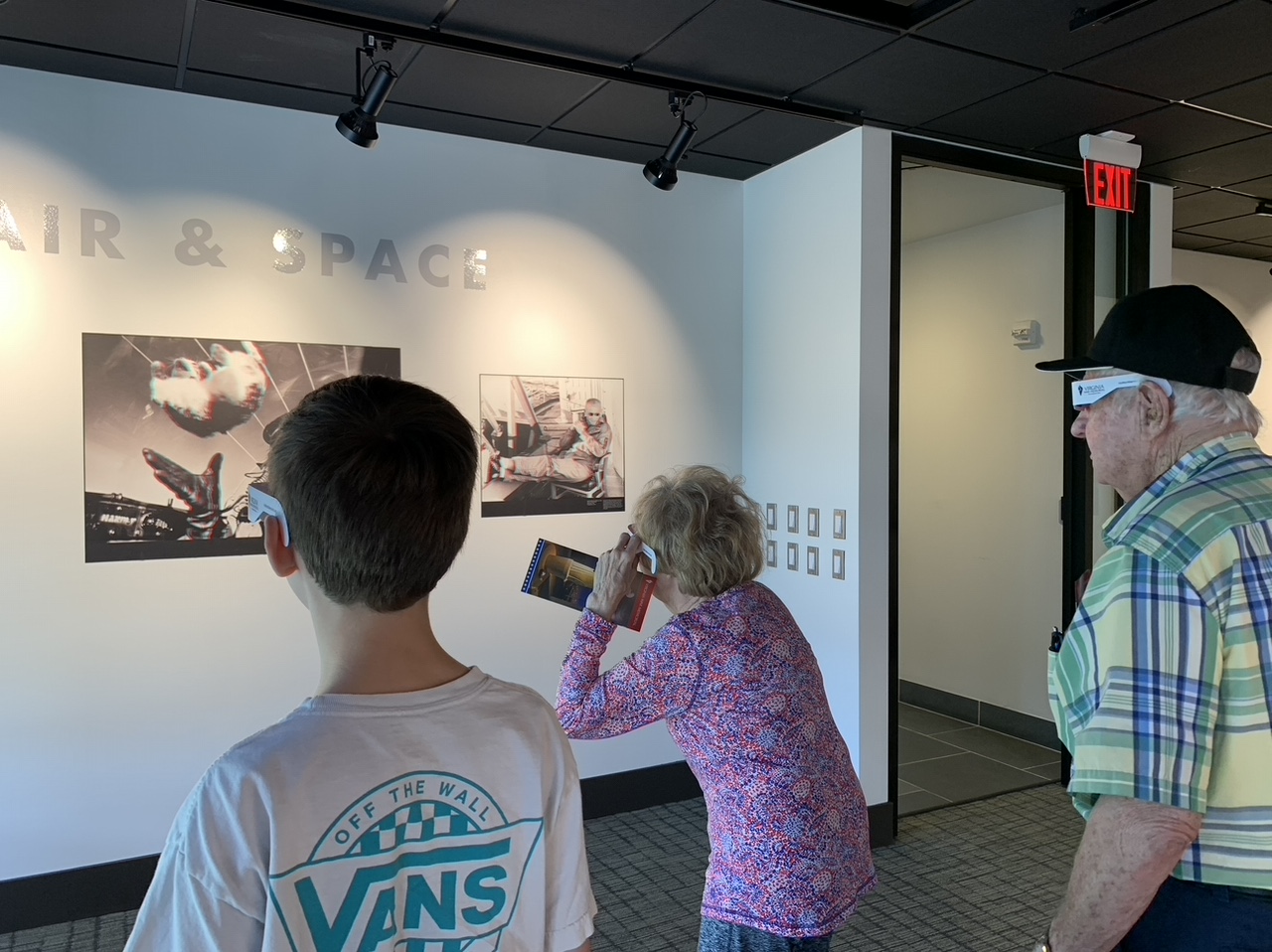 If you’re looking for a cool (as in air-conditioned and featuring inspiring exhibits!), educational, and free family experience this summer – with ample parking and stunning views of the city and the James River – head to the Virginia War Memorial. Your kids, as well as your visiting friends and family members of all ages, will be equally impressed by every aspect of this RVA gem. 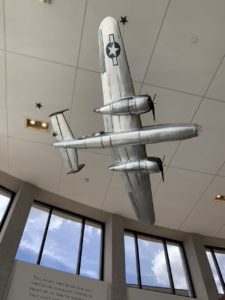 If you’re like our family, you have driven past the Virginia War Memorial a million times, maybe even walked around the grounds of the property, but never been inside. And even if you have visited it before, you probably haven’t seen it since the $26 million, two-and-a-half-year expansion wrapped up, which was completed just two weeks before the pandemic shut everything down. Coupled with its 2010 expansion, the current facilities have grown to include a museum, a veterans’ art gallery, a studio for recording veterans’ stories, archives and collections, an auditorium, lecture halls, classrooms, and an outdoor amphitheater – all in keeping with the original 1956 architectural vision which combines mid-century modernity with the timeless style of a Greek temple.

When you arrive, you will likely be greeted by one of the Memorial’s volunteer tour guides, many of whom are veterans. Our guide, Navy vet Bill Duncan, was delightful and seemed to know the property inside out, even though he just started as a guide. You can also schedule a tour on their website, a 90-minute tour that includes two films, the exhibit areas, and a walk outside to the Shrine of Memory where the names of close to 12,000 Virginia men and women who gave their lives in service to our country are engraved.

Originally commissioned by the General Assembly to honor the nearly 10,000 Virginians who died in service during World War II, over the years, the Shrine of Memory has expanded to include the names of Virginians killed in action during the Korea, Vietnam, and Gulf Wars, and America’s 21st century conflicts. Exhibits also commemorate fallen Virginians from wars predating World War II.

The exhibits are engaging and include interactive components, like the inaugural exhibit in the new space titled “Military Photography – an Added Dimension,” with stereoscope views from the Civil War and Virginian photos of conflicts with a 3D perspective. Everyone from my techie teen to my 89-year-old stepdad enjoyed seeing the photos in this neat way. We also enjoyed looking at the veterans’ art gallery and Medal of Honor Gallery in this area.

Today, nearly 12,000 fallen heroes are honored in the Shrine, ensuring Virginia will never forget their service and sacrifice.  The largest exhibit space contains life-sized replicas of uniformed soldiers from the different wars, a variety of artillery, letters from soldiers sent to loved ones, and much more.

The way the timelines are presented in this space is fantastic, with Virginia events in red and national events in blue, under each war. It really helped to provide context when events like, “1786: Ice cream is made commercially for the first time” falls in line just above, “1788: Virginia ratifies the U.S. Constitution.”

Spending time reading some of the 12,000 names that are etched in glass in the Shrine of Memory, and standing under Memory, the 22-foot-tall statue of a woman in grief who watches over the names with an eternal flame flickering at her feet, was solemn and provided our family with a beautiful backdrop to reflect on the sacrifices the men and women have made for our country and for the world. 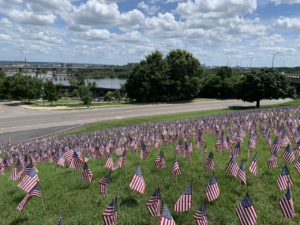 Friday, July 16, at eight o’clock in the morning, volunteers are needed to help remove the 12,000 flags from the Hill of Heroes, that were installed to remember the names on the shrine. Individuals and groups are welcome. Those wish to help should meet in the Memorial’s Shrine of Memory for instructions. Free parking is available at the Memorial which is located at 621 South Belvidere Street, just north of the Lee Bridge.

The Virginia War Memorial is open seven days a week. Read more about it here or visit vawarmemorial.org.