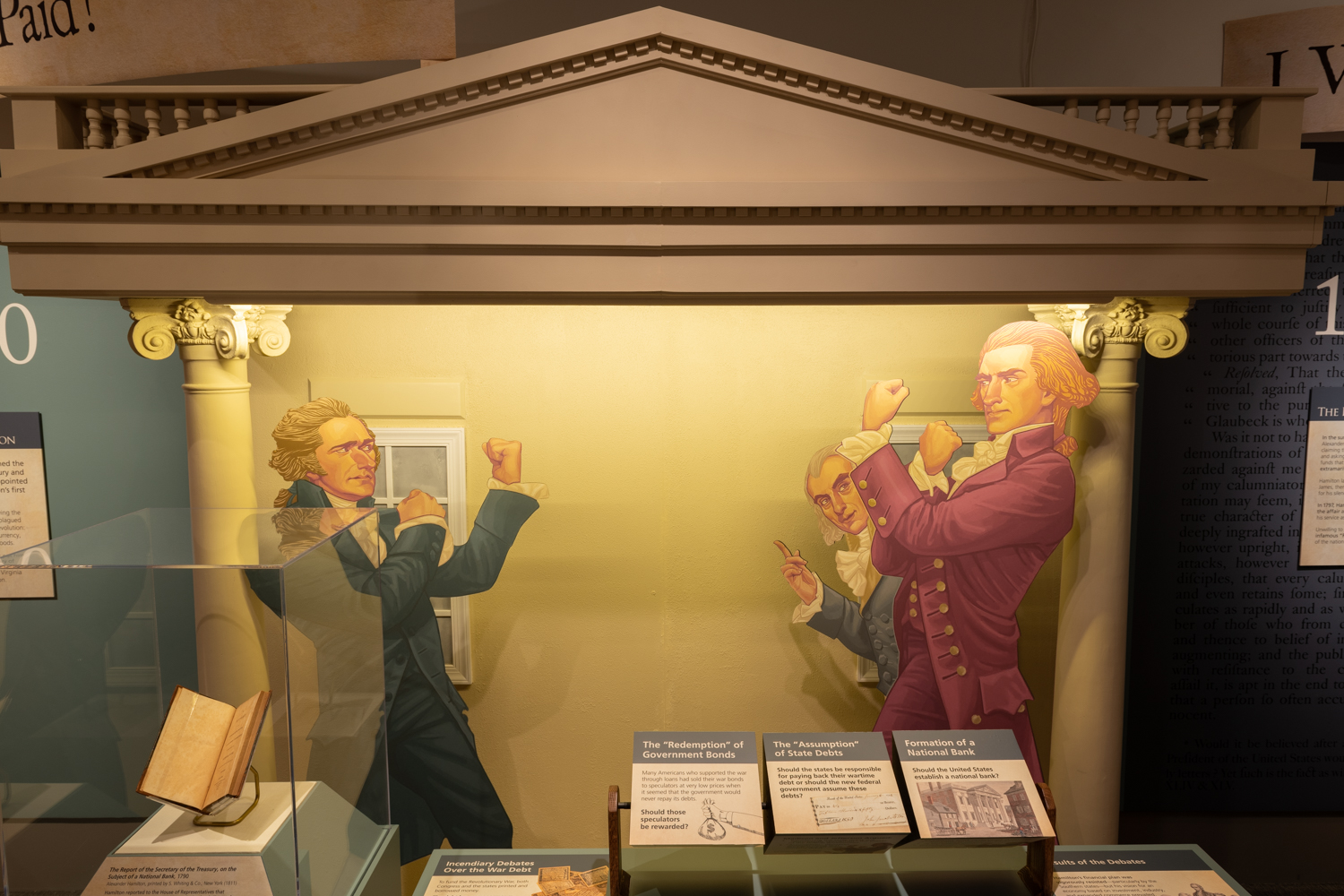 Fans of Lin Manuel Miranda’s smash-hit musical Hamilton and holistic history-telling alike will enjoy their visit to the Virginia Museum of History and Culture for the new exhibit, Founding Frenemies: Hamilton and the Virginians.

In Founding Frenemies, VMHC, formerly the Virginia Historical Society, flexes its modern muscles. The exhibit adopts all the innovative elements of the Broadway production without sacrificing the inherent a-ha moments of a traditional museum-going experience.

Guests enter the exhibit to the recognizable score, or should I say beat, of Miranda’s Hamilton. The music, appropriately instrumental, invokes the cool frenzy and tension of the musical’s plot without distracting from the historical meat of the exhibit, which, like many of VMHC’s recent offerings, does require a good deal of reading. The text presentation is accessible (I didn’t have to take out my reading glasses), but largely imperative to understanding the importance of the artifacts available for viewing.

Though the exhibit does not lean on physical artifacts, those that are available for viewing are diverse and illustrative. They range from a replication of what Hamilton would have worn during the Revolutionary War while serving as a Lieutenant Colonel to one of Eliza Hamilton’s letters of advocacy for her vision: the Washington Monument. And every Virginian will feel chills as they decipher an original newspaper print of President Washington’s Farewell Address.

In the Virginia curriculum, the protagonists of early American history are typically the big three: George Washington, Thomas Jefferson, and James Madison. Mount Vernon, Monticello, and Montpelier. The principled leader, the independent Renaissance man, and the thoughtful polemicist. The fathers, respectively, of the country, the Declaration of Independence and the Constitution. At least in most of my textbooks, they were presented as gods among men. 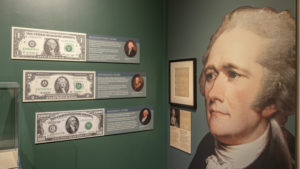 In Hamilton: An American Musical, these leading men of history take a backseat to immigrant-turned-New Yorker Alexander Hamilton, playing supporting roles in Hamilton’s turbulent journey to Founding Father status. Miranda also take necessary liberties in characterization to propel the plot. In the musical, Madison comes off as less of the political thought-leader we know and more like Thomas Jefferson’s lackey. Washington’s relationship with Hamilton is couched as more paternal than it likely ever was. And Jefferson, a key antagonist, is snarky – sometimes outright mean.

Founding Frenemies strikes a satisfying balance between these two framings, highlighting the expansive and nuanced role of Virginians in the Hamilton narrative while avoiding the disservice of deification that often befalls our treatment of the Founding Fathers, all in a very manageable thirty minutes-worth of material. Recommended for ages eight and up.

Visit Founding Frenemies: Hamilton and the Virginians at the Virginia Museum of History and Culture, now through February 2. For tickets and more information, visit virginiahistory.org.