Approximately 34.1 million Americans have been diagnosed with asthma, a common lung disorder characterized by episodes of coughing, wheezing, and shortness of breath. Asthma is caused by inflammation of the lining of the small airways, or bronchiole, in the lungs, which leads to spasm or narrowing of these tubes. Common asthma triggers include upper respiratory infections, allergens, smoke, and exercise.

For reasons that are not completely clear, the incidence of asthma and other allergic diseases has been steadily rising over the past century. Why? The truth is, we don’t know. But there is some evidence that links decreased activity (more time spent watching television, playing on the computer, etc.) to increased asthma.

Before school age, it is very difficult to accurately diagnose asthma because young children are not able to perform the breathing tests (pulmonary function tests, or spirometry) that are needed for a definitive diagnosis. Also, many children who have episodic cough or wheezing during their toddler years actually outgrow it prior to starting elementary school. For this reason, many physicians use the diagnosis of reactive airway disease with young patients. History has also shown that labeling a young child with asthma can also have long-term implications for obtaining health insurance and entering the military.

Unfortunately, there is no way to absolutely prevent asthma from developing. However, there is evidence that exclusive breastfeeding for at least three months at birth protects against wheezing in early life (two to five years of age). Exclusive breastfeeding, however, has not been shown to protect against the development of asthma in children with a family history of allergic disease beyond the age of six.

For the vast majority of patients, asthma can be well controlled. People with asthma can (and should) fully participate in sports, exercise, and other physical activity.

If you or a loved one has been diagnosed with asthma, there are effective treatments.

Avoidance of triggers: Depending on a person’s history and test results, taking specific measures to reduce exposure to triggers is a vital part of asthma management. This will help reduce the amount of medications needed to control asthma. Since viral infections are common triggers of asthma, yearly flu vaccinations are recommended.

Treatment of underlying medical conditions: Chronic sinus problems, acid reflux (heartburn), obesity, and other conditions may cause or aggravate asthma. It is important that these problems be addressed.

Medications: There are two basic categories of asthma medications: relievers and controllers. Relievers are commonly called rescue inhalers or bronchodilators, which temporarily relieve symptoms. These are typically used only when needed. Controllers are anti-inflammatory medications, which prevent or heal the inflammation inside the lungs. These are generally used every day as a preventive medication in those patients with persistent disease.

Allergy immunotherapy: For many individuals, allergies are a significant trigger of asthma and aggressive control of their allergies can decrease asthma symptoms. Allergy immunotherapy (also called allergy shots) is the most effective treatment for allergies. Immunotherapy helps build up immunity to the exact items to which someone is allergic. In a recent study from Europe, allergy shots for children allergic to dust mites lead to a significant decrease in the amount of daily asthma medications needed to control the disease. 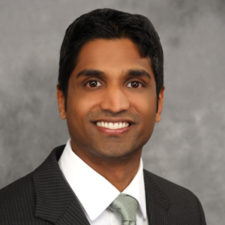