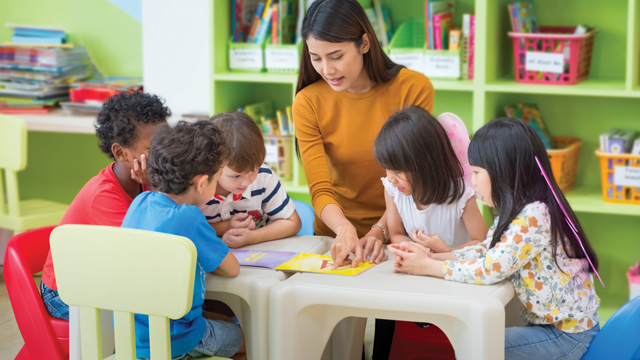 Essential Services for Families of All Income Levels

The COVID-19 pandemic has shed light on the meaning of the word “essential” as it relates to our workforce. From grocery store clerks to delivery workers to healthcare workers, each essential worker is now wearing his or her badge as essential with honor. Virginia went so far as to assign childcare providers and early childhood caregivers essential status as well – a title they wore with pride.

Early childhood educators and caregivers rarely are considered essential in a general context. The Center for the Study of the Child Care Workforce at UC Berkeley reports that the average hourly wage of a child care worker in Virginia in 2018 was $9.82. Slightly more than half of the childcare workforce in Virginia received public benefits such as Medicaid or SNAP benefits (commonly called food stamps). The Migration Policy Institute reported that 26 percent of the early childhood workforce in Virginia were immigrants and 45 percent were people of color.

If they hadn’t already, families began to recognize early in the pandemic their childcare providers and teachers as essential as well. A widely circulated meme from producer Shonda Rhimes captured the sentiment perfectly: “Been homeschooling a 6-year-old and 8-year-old for one hour and 11 minutes. Teachers deserve to make a billion dollars a year. Or a week.” Locally, parents took to Facebook and Instagram, and made Zoom calls to share homeschooling strategies and to commiserate about access and equity related to childcare and education.

Many parents paying for childcare experience the conundrum with their wallets. As childcare programs closed to comply with stay-at-home orders and keep children and their staff members safe, many providers asked families for part-tuition payments to hold their spots and to continue to pay staff. Some families chose to unenroll, some chose to pay part-
tuition, and some families continued to send their children to care if the provider allowed it and if they could afford it.

State policymakers also stepped in to support the childcare industry. The Department of Social Services, which currently has oversight of childcare, received federal funding to support childcare in response to COVID-19. Virginia was one of the first states to direct its federal CARES Act funding to childcare providers, such as the YMCA, YWCA, and others. DSS provided grants to those staying open to serve essential personnel to help pay for lower teacher-to-child ratios and additional cleaning supplies. State policy currently authorizes payments from CARES Act funding through June, but what happens next is anyone’s guess.

Since the end of March, 45 percent of childcare centers closed and nearly 20,000 childcare slots were made unavailable. More than two months later, uncertainty for families and the childcare sector lingers.

Like the airline industry or healthcare systems, the childcare industry might require a bailout to stay afloat. Advocate agencies and coalitions such as childcarerelief.org are asking for an additional $50 billion from the federal government to support childcare. Congress will consider this proposal in June. Just like other essential businesses, childcare educators and caregivers are trained and dedicated to the children they care for; we must show that same dedication to them.

Voices for Virginia’s Children conducted a survey of parents and caregivers. Read about its results and the full report here: 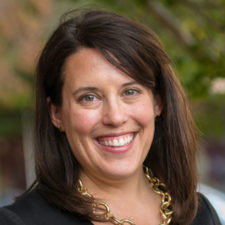 Emily Griffey is a mom and the policy director of Voices for Virginia’s Children, a nonprofit, non-partisan organization focused on informing lawmakers about what kids need, based on data about child well-being and research that shows what works to improve their lives. Emily lives in Henrico with her family.