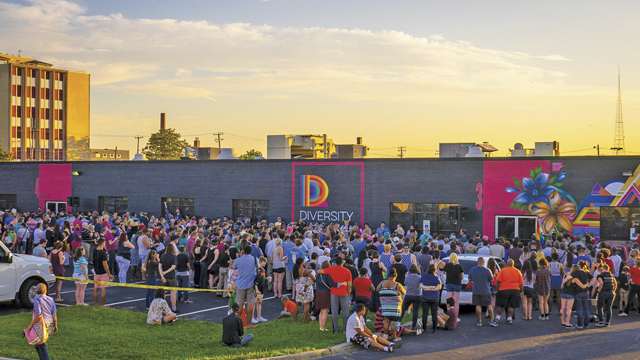 Side by Side in Richmond  hosts youth group meetings most days of the week. Here, young people ages eleven to twenty gather and discuss things like healthy relationships, role models, and body image. Some of the meetings – built around the support needs of LGBTQ youth – also incorporate a parent discussion session. Another Richmond organization, Health Brigade (formerly Fan Free Clinic), is Virginia’s oldest free and charitable clinic. A longtime advocate for LGBTQ healthcare, Health Brigade was the first organization in Central Virginia to establish an organized response to the HIV epidemic in the late 1980s.

In 1999, the Gay Community Center of Richmond was founded to support agencies and groups – like Side by Side and Health Brigade – that serve Central Virginia’s sexual and gender minority populations. After a new name and a few leadership changes, the mission remains the same, and this year, Diversity Richmond is celebrating its twentieth anniversary.

During those twenty years, Diversity Richmond has contributed more than $1 million to the community, supporting a long list of outreach organizations: Richmond Triangle Players; Equality Virginia; Jewish Family Services and Lutheran Family Services, which subsidize the expenses of adopting children; and Virginia Center for Inclusive Communities, which conducts anti-bullying seminars
for Virginia students.

“In the past two decades, much has changed with regard to the rights and challenges of LGBTQ families,” said Diversity Richmond board chair, Art Toth. In response to community needs, Toth said Diversity Richmond has evolved into a multi-faceted organization, while remaining a respected voice for the acceptance of sexual and gender minorities. “We envision a community where LGBTQ citizens of all ages are treated with respect and dignity, and their unique gifts are championed and celebrated, enriching the colorful fabric of our community.”

To help achieve that vision, Diversity Richmond is generous with its physical resources, providing free meeting and storage space, as well as lending equipment, props, and other items to groups, clubs, and communities of faith to support community outreach. Facilities in its colorful building, which is visible from I-95, include a thrift store, classrooms, storage rooms, an event hall, and an art gallery.

“Our building is filled most every night,” continued Toth. “People can use our meeting rooms for free when their organizational mission is one we endorse.” Toth said board meetings, support groups, play rehearsals, faith services, and four weekly 12-step programs drew more than 8,000 people to the building last year.

To support nonprofit community-based organizations, Diversity Richmond raises funds through its space rentals and special event fundraising. Sales from Diversity Thrift – the popular retail store which takes up most of the building – also benefit community services.

A Special Thank You Note

Two years ago, after a school counselor had called Diversity Richmond looking for clothing for a student, the team at Diversity Thrift received this note from a local mother: For the first time in weeks, my daughter did not cry before she got on the school bus. Thank you, Diversity Richmond.

Since that time, Diversity Richmond has opened its doors to schoolchildren from the area. The organization welcomes calls from school counselors or teachers who have students in need of clothing.

Last summer, Diversity Thrift donated thousands of books to local public school teachers. That partnership came about when a customer asked if the store would donate to the school where his sister worked as a librarian. A few weeks later, the Diversity Richmond event hall was filled with book donations. “Teachers were waiting at the door every day when we opened,” said Ivan Trittipoe, Diversity Thrift senior store manager. “It really was quite humbling as the teachers were so appreciative.”

In addition to supporting the community financially, Diversity Richmond is a collaborator, convening groups with similar aspirations to effect social change and encourage acceptance. Some of the organization’s programs have served as catalysts for the creation of other organizations serving the community.

In partnership with the Black History Museum and Cultural Center of Virginia, Diversity Richmond launched Black and Bold in 2016 to sponsor community events and recognize black LGBTQ leadership in the region. A recipient of The Valentine History Maker’s Award in 2018 for Championing Social Justice, Black and Bold is the first such partnership in the nation – uniting a museum committed to exploring African American history and an LGBTQ organization.

“While our main focus is to support the LGBTQ community, we are always open to other ways we can help,” said Toth. “The idea is that when we build strong families, we build a stronger community and hence a stronger nation. That’s a model that guides us at Diversity Richmond.”

To support the mission of Diversity Richmond, donate to and shop at Diversity Thrift. 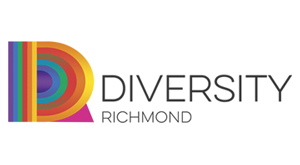