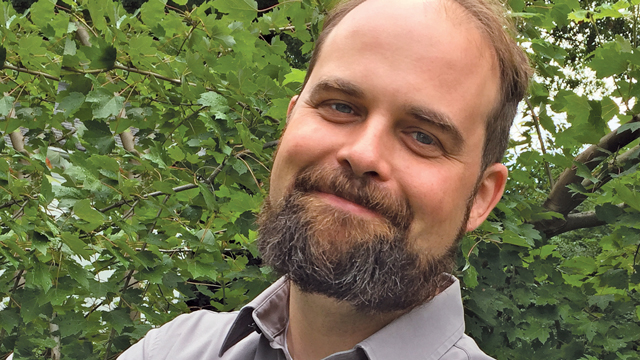 We did it! We made it to another holiday season. We survived Halloween and another election, and we are pointed squarely in the direction of Thanksgiving. The days have now grown shorter. It’s time for the extroverts to connect with long lost friends and introverts to hide under long lost blankets. It’s time for my little family to try and figure out what our seasonal traditions actually are.

Thanksgiving has been fairly low-stress for my nuclear family. My brother and his wife do all of the heavy lifting. They put out a fabulous spread with a turkey that my brother starts cooking in the wee hours of the morning, homemade and canned cranberry sauce, stuffing, and of course, gravy to accidentally pour over everything. We’re explicitly told we don’t need to bring anything, but normally we’ll sneak a good beer or bottle of wine into their house. We all enjoy each other’s company after the meal: the cousins playing Nintendo together in the basement and the grown-ups chatting and/or napping. It’s one of my favorite days of the year, and I’m grateful to my brother and sister-in-law for making it happen.

Come December, however, we’re mostly on our own. One year – the most organized we’ve ever been – when the kids were still quite young, my wife Kat attached little cards to a string of stars using binder clips and hung the string across the doorway between our kitchen and family room. Each morning, we’d take down a numbered card and discover what activity was in store for us on that particular December day. Individually the activities were fairly simple – December 4th: Make snowflakes. December 8th: Decorate the tree. December 21st: Watch the movie Elf – and together they made for an ambitious, but achievable, final month of the year. I’m grateful to my wife for the emotional labor it took to pull off a month that felt deliberate and easy at the same time.

In more recent years, we’ve gravitated toward our family default: Plan little and mostly do whatever, which really means retreating to our respective corners of the house with our iPads. Maybe we’d go tour some tacky lights, walk through the garden at Lewis Ginter, or see a performance at the Altria or some other venue, but always fighting against the coefficient of friction keeping us at home and feeling guilt about not doing enough.

What is enough anyway? What’s the line between healthy ease and unhealthy hermit? Am I just letting my kids be their homebody selves or am I modeling bad habits? One shouldn’t spend a lot of time mulling over what they’re missing out on, but probably should attempt to do more things that they’ll feel better about having done. Spending a single wintery-mixed Saturday vegging out feels pretty good. Spending every weekend at home starts to feel like a waste of my limited time on this planet.

As horrible as the COVID–19 pandemic was (and continues to be), it did afford me the freedom of not thinking there was something else I should be doing. For quite a while, the best thing for myself, my family, and the world was for me to never leave my house. And that’s what I did. As the world has slowly started to open up, those shoulds began creeping back into my thoughts proportionally.

Fortunately for me, I’m not an island.

I live with a wonderful wife, a teenager, and a preteen who all have their own wants and needs and the ability to communicate them. And while I know I’m rarely going to be the one to make initial pushes to go out and do the things, I can be the one to say yes to my son who wants to buy materials to make anime cosplay. I can be the one to take my daughter to a stationary store and just let her browse as long as she wants. I can also be the one to plan more of our dinners so that Kat has bandwidth and energy to think and plan things she actually wants to do.

To be more up front about our family and more fair to myself, we have established some traditions over the years beyond Thanksgiving at my brother’s. A few years back, we moved to having our family celebration on the winter solstice to ease the pressure of everything needing to happen on the 25th of December. We watch movies and do a jigsaw puzzle together on New Year’s Eve. We started hosting a raclette1 dinner with our family friends. It doesn’t seem like much on paper, but it adds up to something real – something as stable as anything can be in our chaotic universe.

So this holiday season, I will attempt to find my balance. I know from experience that having unrealistic expectations and not meeting them feels just as bad as having zero expectations and doing nothing. I will make an effort to continue our modest rituals. I will tap into the force that is my children and have them help the family make a list of things for us to try to do as the year disappears.

We won’t do everything; heck we might not even do most of the things, but that’ll be okay. Together, we’ll end 2021 living a slightly more deliberate life than the year before it. We’ll see how that fits us. If it’s too small, we’ll return it. And if it’s too big, maybe we’ll grow into it.

1 Raclette is the best. It’s the name of both a type of Swiss cheese and the meal you eat that cheese with. You put a specially made griddle/hot plate in the middle of the table and everyone gets their own little non-stick tray to melt the raclette cheese. You then pour the cheese over potatoes, pickled things, bread, veggies, whatever you fancy! Think of it as making a dinner plate-sized open-face grilled cheese sandwich with more cheese, less bread, and anything else you think would benefit from being under melted cheese. 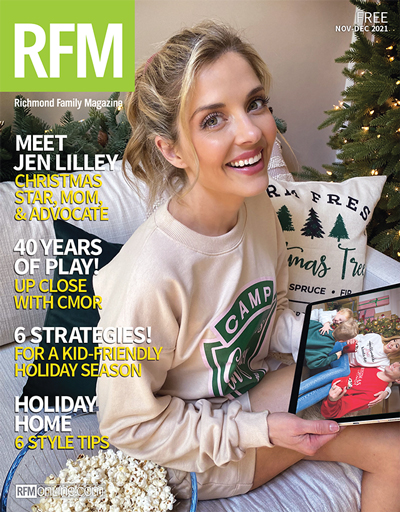