Virginia's Islands for the Holidays

When our family thinks island holiday, we don’t have visions of palm trees or hear sea sirens calling us to distant destinations. The whinnying of ponies and the strident calls of laughing gulls bid us to Virginia’s Chincoteague and Assateague Islands. The ponies are really the wild horses whose origin is a history mystery – but whose stunted growth resulted from many years of a nutrient-deficient diet. The gulls? Well, they might be laughing at all of us who revel in the dramatic legend of the horses having come from a centuries-old Spanish shipwreck.

The four-hour drive from Richmond to Chincoteague and Assateague takes us to the northern tip of Virginia’s Eastern Shore, the seventy-mile-long finger that is the easternmost part of the state. Part of the Delmarva Peninsula, you can get there from here via the Chesapeake Bay Bridge- Tunnel, well-signed and easily accessed off I-64 in Hampton Roads. Even with the twelve-dollar, one-way bridge-tunnel toll ($5 for a return trip within twenty-four hours), a Chincoteague Island holiday is a bargain compared to most island getaways. But the budget factor has never been our major motivation for visiting. For us it was home, with my parents and grandparents living on the two Accomack County farms where I was raised.

When my husband, Tom, and I were rearing our kids in suburban Richmond, Thanksgiving on Assateague with turkey around the family-farm table was a highlight of the season. The two islands, both accessible via causeways, teem with activity that week: Chincoteague accommodations and stores offer special packages; and sales on Thanksgiving Friday are very different from typical mall shopping. (If you can’t live without the shopping, however, the Funky Closet does have a 40 percent-off everything one-day event.) The real treat is Assateague Island Waterfowl Weekend, which celebrates the marvel of migrating birds with a variety of Guided walks and special programs.

We’ve seen mallards swimming in marshes on either side of the first causeway (Route 175) from the Virginia mainland to Chincoteague. The occasional green heron poses head-down to strike an unsuspecting fish in the marshlands as tens of thousands of Canada geese overhead lead us onto the island. The best bird-spotting opportunities come up on Assateague’s 14,000-acre Chincoteague National Wildlife Refuge. The geese definitely have the refuge on their radar. It was created in 1943 as a rest stop for their migration along the Atlantic Flyway. They are one of more than three hundred species of birds spending part of their time at the refuge.

The 3.5-mile Wildlife Loop around the refuge’s Snow Goose Pond has been a special Thanksgiving hit with our family, especially when we remember our binoculars. Reserved for hikers and bikers During the earlier part of each day, the loop is open to vehicular traffic from three in the afternoon to dusk. Cars begin lining up before three so nature enthusiasts can get a closer look not only at wild ponies and abundant Delmarva fox squirrels and sika elk, but also at waterfowl including pintail, green-winged teal, and black ducks.

We take a birding guide along to help us identify species we don’t know. We’ve regularly seen long-legged waders, such as great blue herons and cattle egrets, and also spotted peregrine falcons and osprey. Fabulous photography opportunities are as abundant as the wildlife because the refuge is flat, coastal land, making sunrise and sunset shots compelling.

The Waterfowl Show and Auction, the last decoy show of the year for carvers and artists, is a good place to pick up holiday gifts during Waterfowl Weekend. The annual holiday tree lighting rounds off the weekend’s activities.

Because of busy family schedules – and the fact that rental farm property is all That remains of our family’s two older generations – a few years passed without a trip to the Eastern Shore with our grown children and our granddaughters. In 2010, when America Online proclaimed Chincoteague America’s Number One Beach Town, we resolved to make up for lost time. That year, only six weeks in advance of Christmas, I rented a threebedroom condo with a sleep-sofa at Sunset Bay Villas from Chincoteague Resort Realty. We could enjoy the large shared kitchen, living room, and dining space that provided ringside seats for sunset over Chincoteague Channel. The price was more affordable than four motel rooms, or rooms at a B&B for three nights, though Chincoteague has a grand selection of all three types of lodging.

We enjoyed off-season prices, with no crowds, and the visitor centers are open as usual. A few restaurants and shops had closed after Waterfowl Weekend, and a few of those that were open were closed between Christmas and New Year’s, but enough shops and restaurants remained open that we could enjoy picking up last-minute gifts and eating out when we didn’t want to cook. Ahead of time, we had ordered the Chincoteague oysters and clams we wanted from Gary Howard Seafood – ready for steaming and roasting in our condo kitchen. (We saved our “mess” of hard-shell crabs for a local restaurant with brown paper spread over the tabletop.)

With a family anxious to hit the beach the morning after checking in, Tom and I used our National Park Service/Fish & Wildlife Service lifetime senior pass ($10 for all passengers in the vehicle) to get into the wildlife refuge across the causeway from Chincoteague. We drove past the Wildlife Refuge Visitor Center on our left and the trail to the Assateague Lighthouse on our right, deciding to visit them later. The Refuge Center, along with Tom’s Cove Visitor Center, situated close to the beach, offer educational as well as engaging exhibits, plus telescopes for viewing diverse subjects ranging from osprey nests to distant remnants of long-ago shipwrecks.

The opportunities for interaction, in addition to educational markers along Assateague’s marshlands, provided environmental lessons that jibed with our granddaughters’ science education. The girls held whelk and skate egg cases and a stout razor clam after reaching into the touch-tank at Tom’s Cove Center. We spent more than an hour at the center, which also offers a marine aquarium and well-captioned, seasonal exhibits. The girls understood that an absence of most amenities on Assateague – restaurants, lodging, shops – is a big part of what keeps the beach pristine. A well-maintained pit toilet is on the beach at the Tom’s Cove Center, and full-fledged restrooms are at the Refuge Center. For the other modern conveniences, Chincoteague is just a five-minute drive.

On the beach in short order, we watched birds chase waves in search of clams and crabs try to dig back into the sand after the waves unearthed them. A surfer rode the waves, while at a safe distance a family of surf-fishers waited for fish to nibble on their lines.

In planning for this trip, we packed parkas, scarves, and leggings, even though all of us ended up peeling off at least our socks to stick our toes in the Atlantic surf. With few humans interrupting our view as far as our eyes could see, walking on the beach was one of the great joys of our Christmastime getaway.

Wanting to make the best use of time for trail-hiking, we settled on the one-mile-loop Freshwater Marsh Trail, an easy hike on a mostly raised boardwalk from which we spotted pelicans and plovers as well as ponies wandering the marsh. At an overlook mid-way through the hike, we saw the anticipated flocks of snow geese hanging out at Snow Goose Pond.

Biking from Chincoteague to Assateague was an invigorating winter activity for a second day. We hadn’t brought our own bicycles, and the only bike-rental shop we saw was closed, so we were happy to learn that The Refuge Inn rents bicycles ($14 for 24 hours; $18 for a bike with a child’s seat on the back).

That day we also took the short hike to the Assateague Lighthouse, preserved by the Chincoteague National Wildlife Refuge, owned by the U.S. Fish & Wildlife Service, and maintained by the Coast Guard as an active navigational aid, with twin rotating lights visible nineteen miles at sea. The grand view from the top of the 1867 lighthouse is publicly accessible through November, but the lighthouse closes December until April.

Travelers enjoying ice-cream treats at the Island Creamery (don’t miss it!) Told us how much they had enjoyed views of the lighthouse from a sunset boat tour offered for all ages year-round. Most boat- and kayak-rental shops are closed for the winter, although weather- permitting, SouthEast Expeditions offers holiday kayak trips on Chincoteague. If you’re interested, call 757-331-2680 to schedule. Morning and afternoon boat tours for groups are another outdoor option. Look for information in the visitor’s center.

Save time for walking Main Street in this old fishing village with its Christmas- by-the-sea decorations. We used a discount coupon from the realty company at the Wine, Cheese & More shop and ducked into the kind of t-shirt store you see at more commercial beaches to buy the ubiquitous Pony Tails saltwater taffy.

During our stay, I related to my granddaughters something I had learned in fourth-grade Virginia history: that “Chincoteague” means “beautiful land across the water” in the language of the Algonquins, the Native Americans who first lived in this area hundreds of years ago. The salt air and the sand in our shoes from this beautiful land had worked wonders for our family’s island holiday – and my personal polar pony plunge into the surf five days ahead of the official January 1 event was the perfect challenge for beginning the new year. 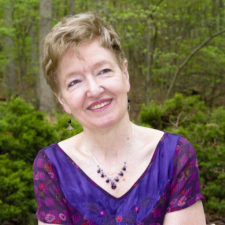