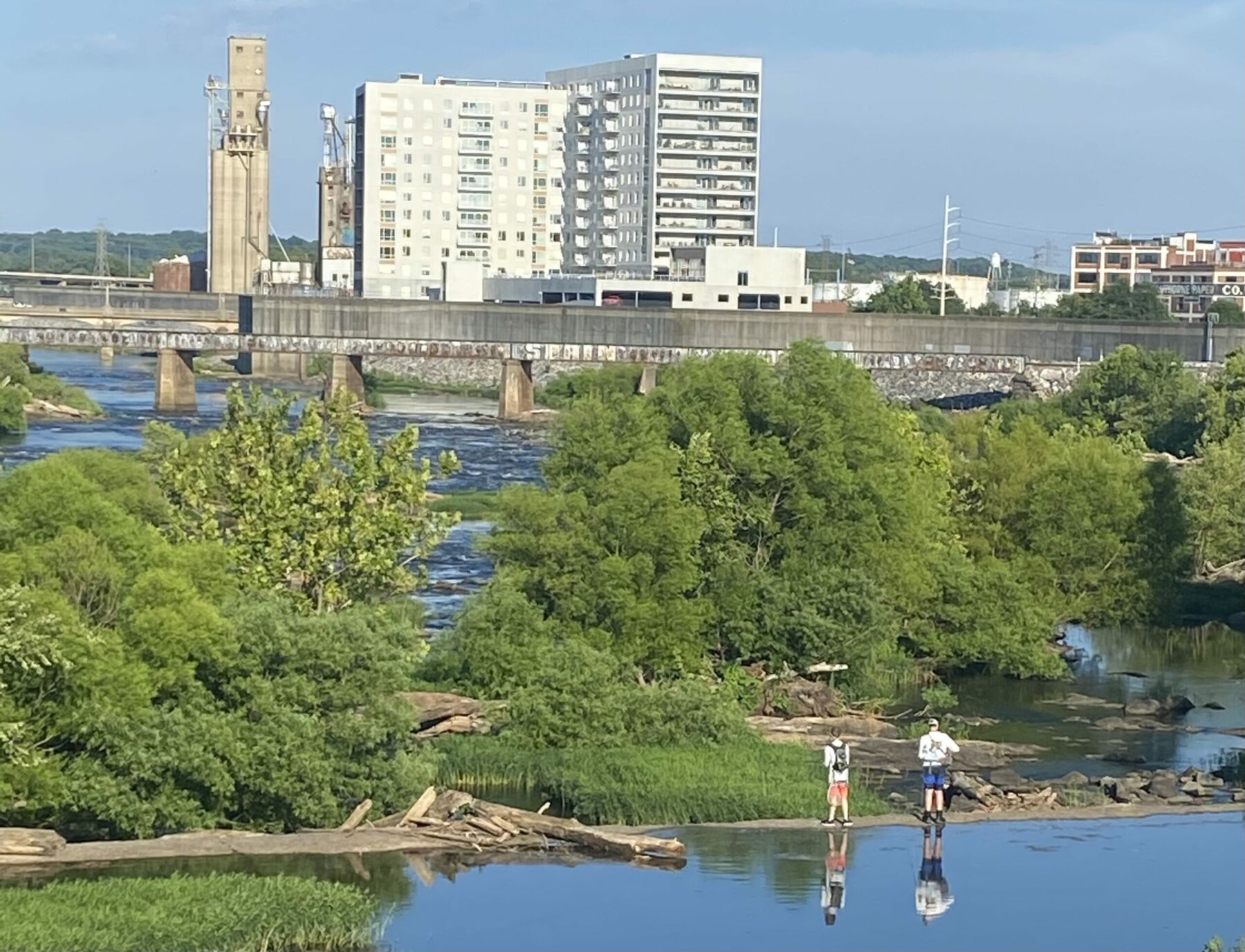 Our River. Our Water. Our Future.

This week is the culmination of many like-minded groups coming together to offer recreational, environmental, and educational activities in, on and around the James River. James River Week not only encourages participants to enjoy the James’ many benefits, but also brings awareness to the critical issues it faces. Whether volunteering, experiencing your first batteau trip, participating in a paddle adventure, or devouring delicious oysters, we encourage you to spend some time this week connecting with the James and your fellow river-lovers.

More than one-third of all Virginians rely on the James River and its tributaries for water, commerce, and recreation. Flowing across the entire state – from its beginning at the headwaters of the Cowpasture and Jackson Rivers in Bath and Highland Counties, to its mouth at the Chesapeake Bay in Hampton Roads – the James River is Virginia’s longest river and its most historic. Virginia’s largest tributary to the Chesapeake Bay and the largest source of drinking water, the James is also a popular destination for recreation. Each year, millions of Virginians go to the James and its tributaries to boat, fish, swim, hike, or just take in the beautiful scenery.

Nearly five decades ago, a small group of neighbors and friends who were passionate about the river launched the James River Association (JRA). These citizens recognized change was coming to their section of the river, and that it might behoove them to influence that change and preserve the river’s character. The condition of the river made the endeavor all the more extraordinary: Governor Mills E. Godwin had closed the James to all fishing due to toxic contamination, raw sewage discharge was routine, and sprawling suburban development was just starting to kick into high gear.

For almost fifty years, the JRA has served as a voice for the James River and everyone who cares about its health. Over the JRA’s history, the river’s health has improved significantly, and as a result, the James is now consistently graded as one of the healthier major tributaries to the Chesapeake Bay.

The founding members of the nonprofit environmental group planted a seed in 1976 that has grown into a strong, watershed-wide effort and has helped the James become one of the most improved rivers in the country. “We are grateful for the foresight, initiative, and commitment that these citizens had forty-five years ago,” said Bill Street, CEO of the JRA. “Today, there’s a way for everyone to take part in the important work of protecting and restoring America’s Founding River.”

According to Street, the JRA has a very clear mission. “We serve as guardians. We defend the river and take action to promote conservation and responsible stewardship of its natural resources.”

Since its initiation, the JRA has worked through its core programs of river advocacy, education, community conservation, watershed restoration, and the international Waterkeeper Alliance to ensure a healthy James River ecosystem for current and future generations to enjoy.

The JRA encourages people of all ages to enjoy and help the river through its education programs for children, special events along the James River watershed, homeowner education programs, trash clean-ups, river plantings, and more.

Street said there are many ways interested community members can help protect and restore the health of the James River. “To improve water quality in your river, you can work to prevent pollution at home, introduce someone to the James, keep your eyes and ears on the river, and let your voice be heard by joining and volunteering with the JRA.”

Because water security is predicted to be a defining issue of the twenty-first century, the James is regarded as one of Virginia’s most vital resources for a prosperous future. “With proper management, the James River can be our children’s greatest asset, but if we don’t make the necessary commitment and investments, the river can be their greatest liability,” said Street. “In our daily lives, we all benefit from the river, and we also have an impact on it. We all need to do our part. The James River Association is working hard to secure a healthy and vibrant James River for our children and future generations.”