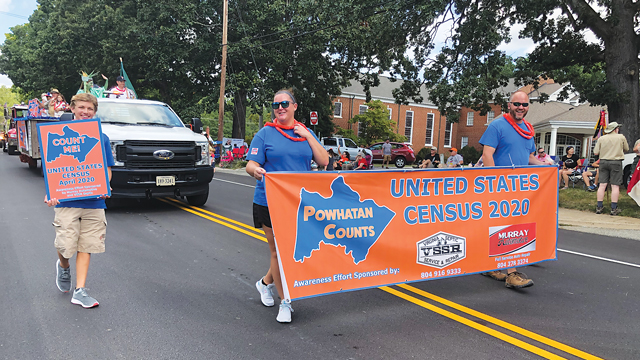 Why is the Census so Important for Virginia Families?

The countdown to the big count is on: The 2020 Census kicks off in January and most families will be contacted by mid-March. The census is slated to continue through October 2020.

Every ten years, the U.S. Census Bureau carries out a constitutionally mandated count of the nation’s residents. While the Census Bureau conducts other types of surveys in the intervening years, the decennial census (recurring every ten years) is the only time that every person living in the United States is counted.

Here is what you need to know about why it’s so important that everyone in your household and neighborhood is counted.

Why does it matter whether we have an accurate count?

The 2020 Census count will determine Virginia’s share of over $700 billion in federal funding each year for the next ten years. In 2017, that amount for Virginia was close to $18 billion. These funds are used for everything from children’s health insurance programs and school lunches, to housing assistance and special education.

When we miss counting people in Virginia, it means that funding we need for these programs will go to other states. Each young child missed in the 2020 Census will be in middle or high school by the time that mistake can be rectified in 2030. Meanwhile, our schools will have to serve students who weren’t counted, and classrooms may be overcrowded.

Federal funding is not all that’s at stake, though. Census data is also used by the private sector and local government to decide where to locate health clinics, libraries, roads, and new businesses. The count also determines our representation in Congress.

What is being done to prepare for the 2020 Census in Virginia? 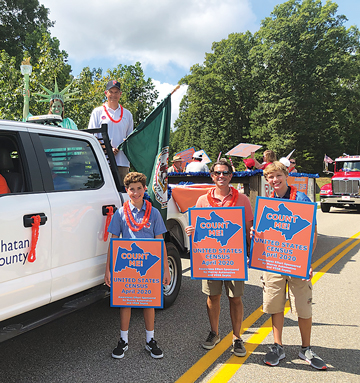 Carla Neidigh, who is heading up Powhatan County’s Complete Count Committee, explains its efforts. “Each member is a trusted influencer with connections to other large groups,” says Neidigh. “Members of those groups will spread the message further to their friends, family, and employees.”

Neidigh’s committee has already ramped up education and outreach efforts by speaking to organizations such as the Powhatan Rotary Club and updating a Facebook page dedicated to the census. They created a census float in the Powhatan Labor Day Parade, and handed out stickers and flyers from a table on the courthouse green.

The Complete Count Committee is just getting started in Henrico, but county planner Seth Humphreys says the group is particularly focused on what is different this time around, such as an Internet option. “The ability to fill out the information online has the potential to greatly increase participation rates,” says Humpreys.

Education efforts are focused especially on communities that are hard to count. Young children under the age of five are the group most likely to be missed. As child advocates, we should be concerned that 2 million young children were missed in the 2010 Census. Additionally, people of color, low-income communities, rural communities, and complex families (for example, blended families) are at greater risk of being missed.

Why are kids often missed in the counting?

Usually, an adult in the household fills out the census form, but leaves off the young child due to confusion about who should be counted or concern about the information being shared with other government agencies or landlords.

An immigrant family may be reluctant to fill out the form, given frequent anti-immigrant rhetoric and recent changes to federal immigration policies. A low-income family who has more family members living in the home than allowed on the lease may fear the information will be used to evict them. It is important to communicate to all families that the information they share on the census form cannot, by law, be shared with any other public or private agency. There are stiff penalties, including fines and jail time, to enforce the privacy of this information.

How should babies and children in complicated living situations be counted?

Here is some guidance to clarify how children should be counted in situations that can be confusing:

• If a child splits time between two homes: Count the child where he lives most often. If the child spends an equal amount of time in each home, count him in the location where he will be on April 1.

• If a child stays with another family or relative, such as grandparents raising a grandchild: Count the child where she lives most often, even if it is a temporary arrangement.

• If a child lives in a household with more people than allowed on the lease: Everyone in the household should be counted. The information will not be shared with the landlord or anyone else.

• If a child’s parents or caregivers speak limited or no English: The census can be filled out in thirteen languages both online and by phone.

To find out how you can get involved in outreach activities where you live, check out these resources:

– Virginia Complete Count Commission at commonwealth.virginia.gov Among other resources, there is a state map with contact information for all local complete count committees.

– Voices for Virginia’s Children at vakids.org