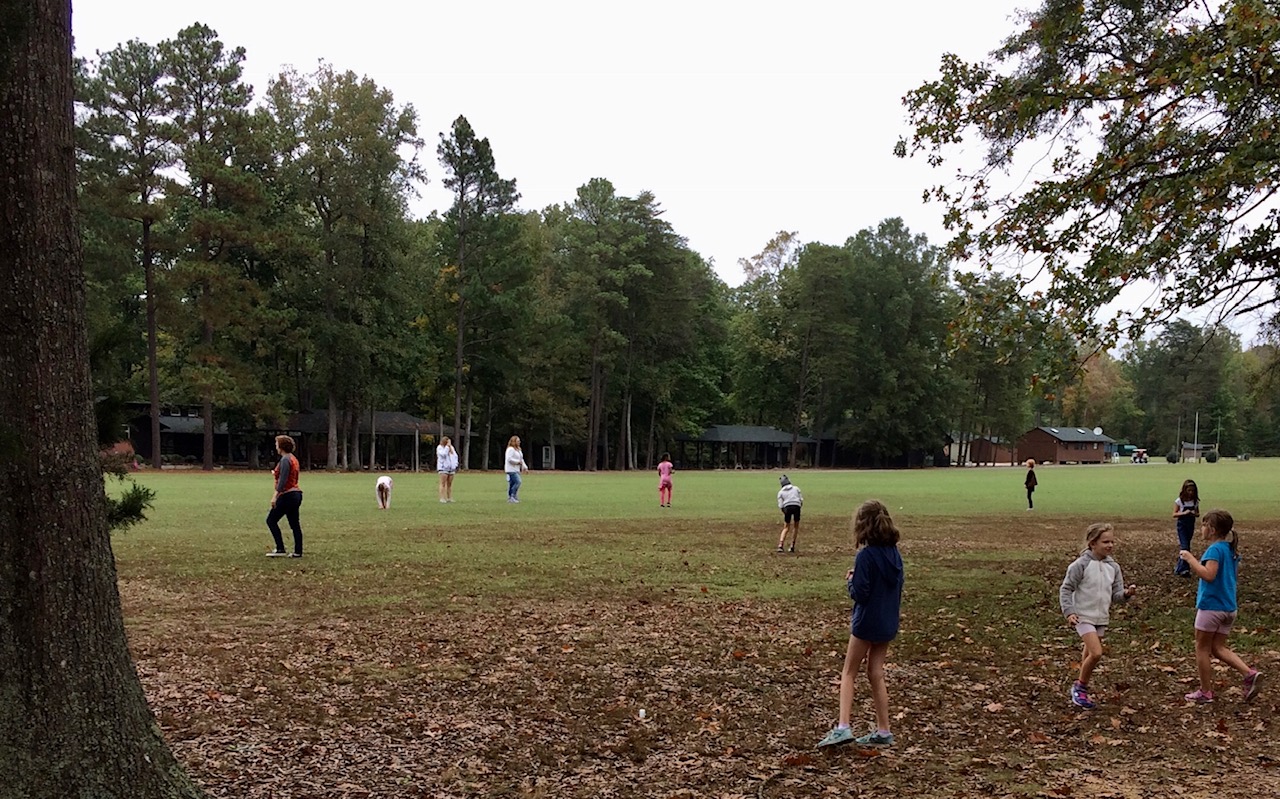 When my older daughter was eight, my wife Kat and I prepared to take her to her first sleep-away camp. It was the summer after third grade and she was ready for an adventure. She’d been active in the local Brownie troop, and the Virginia Girl Scouts own a camp less than thirty minutes north of Richmond. The conditions were great for a good first camp trial for both kid and parents – it was only a week long, wasn’t too far away, was with an organization we had great faith in, and was affordable enough that it wouldn’t feel horrible if we had to come get her for some reason.

We wrote her name in her clothing and stuffed it all in a duffel bag, fluffed her pillow and compacted her sleeping bag, filled a ziplock with various sunscreens and bug repellents, gathered the requisite paperwork, and loaded up the car. A short ride later, we were in the camp parking lot unloading all her stuff into a wheelbarrow and standing in a check-in line with the other families. While Kat dropped off paperwork with the camp nurse and made sure the camp store account had plenty of credit for ice cream, I took our new camper and her little sister to go find where we were supposed to drop off her stuff. Rounding the corner into the main area of the camp, I thought, Huh – this is really familiar.

Twenty years earlier, a 15-year-old Sam, about to enter high school as a freshman, had joined the Thomas Jefferson Marching Colonials. He spent most of the summer driving to rehearsals with his new clarinet section in preparation for Band Camp – where the marching band would spend a week learning drills, practicing music, sleeping in cabins, and bonding as a group. Band Camp is where he would meet most of his high school friends, some friendships that would prove to be life-long. His future wife would be there too, though they wouldn’t really get to know each other until college.

“Hey Kat, do you know where we are?” I asked my wife as soon as we met back up. There was the drill field where we learned to march. There was the large hall where I tried to work up the nerve to ask a girl to dance with me. There was the pool where I did a ridiculous dance to “Rubber Ducky.” There was the “halfway house” where officially sanctioned meet-ups among different genders were allowed. Both Kat and I vaguely remembered that our first Band Camp had been sold to the Girl Scouts, but we hadn’t connected that information as relevant until this moment.

It’s funny how memory works. The camp seemed much smaller now, in the same way that your old school shrinks if you return years later. It was also backwards in my mind. I could have sworn that the cabins were on that side of the pool, not the opposite side. But at the same time, I had a vivid memory of a particular game of ultimate Frisbee on that field. I could recall in great detail the trombone section running from over there because they were late. And I could definitely pick out the cabin where Matt got a moth stuck in his ear, I tried to flush it out with water only to make it angrier, and then he had to go to the ER to get it removed.

I wanted to tell everybody. I wanted to point to all the places and say, “I was here!” But as nostalgic as I wanted to be in that moment, it wasn’t about me. I had an 8-year-old living through her own experiences. She’d benefit from her parent being with her wholly in the present, not lost in reminiscence. Kat and I walked our daughter back to her cabin, helped her meet her counselor, and got her settled – prepared to give whatever emotional support she required. But she didn’t seem to need much. As she neither clung to us nor immediately dismissed us, we stood around awkwardly for a bit waiting for a sign of what we were supposed to do. Eventually, one of us said, “Guess we’ll leave now?” and started to give our series of long good-bye hugs. With one last wave walking away, we headed with her little sister to the car, with me feeling that feeling of “I know rationally that my kid’s going to be okay,” but what if she isn’t?

Spoiler alert: She was fine. A week later, the family arrived at the camp amphitheater (the same amphitheater where I’d done silly skits twenty years ago) to watch my daughter do silly skits as part of her camp finale. After the show, we met her with hugs and gathered up her things. On the walk to our car, she pointed out the field where she’d played games, the building where she’d bought popsicles until her money ran out, and the mess hall where she subsisted primarily on dinner rolls. It was now her place just as much as it was mine.

Though she’d ultimately decide that sleep-away camp wasn’t her particular thing, it was meaningful to me to have shared such a space with my daughter. She’s in middle school now, and that space is so definitively hers, I’m grateful for any part of it she invites me in to see. More and more of my daughters’ experiences will be without me, but I’m eager for when they come home and show me what their world looks like.