I remember when we got it, of course, back in that long-ago December when I decided that it was time for my boy to have a basketball hoop of his own standing tall in the driveway.

He had already begun shooting baskets around the neighborhood with his friends. And maybe with a bit of daily practice, he might even have a shot at his middle school team. But most of all, that patch of driveway under the looming backboard would be where he and I could bond. Go in for the layup, aim for the elusive swish, charge the net, take the measure of each other. A place we could call our own, just dad and son.

I took my time looking around and finally chose a hoop that had wheels on the base so we could move it around and a backboard you could raise to different heights to accommodate a growing kid. My pal Burke and I put the whole thing together in his garage, then hid it behind my next-door neighbor’s house. In the middle of a sleet storm late that Christmas Eve, Will’s mom and I rolled it as quietly as we could over to our driveway, and after we had unwrapped every present the next morning, we took Will outside to surprise him with that one last gift, complete with a new basketball sitting at the hoop’s base (along with a second ball for his older sister so she wouldn’t feel left out).

I can’t say we ever found the perfect place for the hoop – tree branches still crowded the spot we chose – but in the months and years that followed, we faced off against each other in casual competition over and over and laughed as we tried to make lucky baskets from ridiculous distances. I always resisted the urge to coach Will on technique; better to just let his style and rhythm grow on its own, I thought. And even as we found ourselves ratcheting the backboard higher and higher as he grew taller and more skillful, my dreams for his basketball talent never went beyond our narrow asphalt driveway. Just love the child you have, I’ve heard it said, and let him find his own way.

Sometimes I would hear the bounce, bounce, bounce of the ball when I was inside the house, and I would wait a while, and then amble out to join him for a few shots. But I also took care to let him have the hoop alone, or maybe with a friend or two, remembering my time as a kid and how I used to make my own hoop an oasis of solitude where I would spend hours thinking about girls, working out the arithmetic of teenage life, and wondering about
the future.

My boy, far more at peace with himself than I ever was, kept on growing, happy and unfettered, and even enjoyed a few moments of glory on his middle school basketball team. Still, sooner than I expected, he moved on to other things. The bicycle that once took him back and forth to the neighborhood pool sits undisturbed in the tool house, a relic of another time now that he has his driver’s license. His ball hasn’t moved from the corner of the front hall closet in ages. From the driveway there is only silence.

But I have always told our kids: Never be afraid to get on with your life. The sister who once delighted at bouncing her own basketball left for college two years ago. Her brother, now taller than I am, is only weeks away from heading off to school, too. It is all as it should be, even as I feel I have come to know less and less of his life as he has begun to make his own way. I lost track of what classes needed extra attention and which homework assignments might be overdue. I never quite got the full story about senior beach week. Has there been a girlfriend in the picture? I’m not sure. Is everything going okay? Remember, you can tell me anything.

As this golden era shifts into something else, I will miss our small routines, like how I always set out his bowl and spoon in the morning just as I did when he was little and even still poured the milk on his cereal sometimes, or the way we would clap each other on the back when passing in the kitchen or the hall. This past year, with Will busier than ever with activities or off with his friends, I found the hardest time was in the morning, just after he left for school, when the sudden, quiet stillness enveloped the house.

And we have seen how the future comes. Basketball hoops from decades past set permanently in concrete, with their rusted metal backboards and rims long stripped of their nets, haunt the driveways of our neighborhood, stern totems to father-son match-ups and laughter that once filled summer evenings now gone forever.

Now it is our turn to watch the basketball net grow dark and threadbare and the backboard cloudy with age. The hoop is now raised as high as it can go, and I have thought of maybe hanging onto it for just a bit longer, long enough to fish the ball out of the closet, go one or two last rounds with Will in the driveway, and try to make those Hail Mary shots from farther away than we ever did before.

But there is no reason to put things off. This hoop has wheels, and next week we will roll you down the street to another driveway where you will start all over again. That happy dad will replace your tattered net with a fresh one, lower your backboard all the way down, bounce a brand-new ball on the asphalt, and start bringing his own little player along.

So go now, old friend. The summer night is here.

Time to get on with your life.

Tony Farrell has written about parenting for many books, magazines, and websites. The father of two, Tony has written the DadZone since 2009. 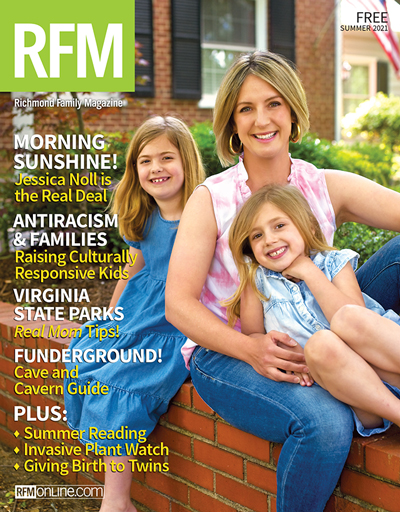