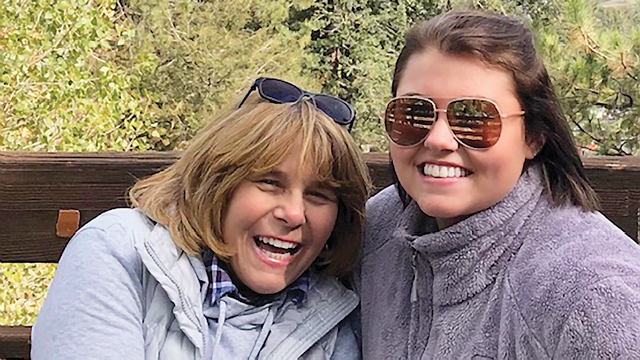 Supporting Those Impacted by Eating Disorders

When Stephanie Kirksey first heard her daughter’s eating disorder diagnosis, she remembers feeling discouraged, angry, scared, and unsure where to turn. Her primary care physician suggested she contact Beth Ayn Stansfield, founder of Stay Strong Virginia. “After that first phone call, I felt a renewed sense of hope and empowerment. I didn’t know then that we would be on a 4-plus year journey back to health,” says Kirksey. “And Stay Strong has been with us every step of the way.”

Eating disorders are serious but treatable mental and physical illnesses that can affect people of every age, sex, gender, race, ethnicity, and socioeconomic group. Four out of ten Americans either have suffered, or have known someone who has suffered with an eating disorder. In elementary school, an estimated forty to sixty percent of girls are concerned about their weight or about becoming too fat. Young people between the ages of fifteen and twenty-four with anorexia have ten times the risk of dying from complications of the disorder compared to their same-aged peers without anorexia. Males, who represent twenty-five percent of individuals with anorexia nervosa, have an even higher risk of dying as the rate of diagnosis for this group is lower, due to the false assumption that men don’t experience eating disorders.

Stansfield founded Stay Strong Virginia six years ago after her own daughter had been diagnosed with anorexia nervosa, and she recognized a lack of resources in the Richmond area. The program – with its mission to raise awareness, educate, and support those impacted by eating disorders – serves youth, parents, and adults who are either living with eating disorders or supporting those suffering from eating disorders. “From the beginning, I was determined to grow Stay Strong Virginia into an organization that could be a lifeline for hundreds of families,” says Stansfield. “All our programs are free, and the work we do truly touches lives.”

Monthly support groups that connect caregivers of those with eating disorders are a cornerstone of Stay Strong Virginia. “Having a loved one with an eating disorder is terrifying,” says Kirksey. “In the early days of my daughter’s illness, the support group meetings were a safe place for me to vent and fall apart. I got educated. Other parents shared their experience, what worked for them, potential pitfalls, and most importantly – their hope.” Kirksey says tapping into the power of shared experiences is invaluable for families, especially when your child is diagnosed with a complicated and often confusing health disorder. “It is hard to know what to do when you care for someone with an eating disorder. It’s a complicated and scary journey. It takes a village to make it through,“ says Kirksey. “It is not a journey to walk alone.”

In addition to its vital support groups, Stay Strong Virginia offers an array of other services. “We sponsor training events and bring in national and international experts and mental health clinicians in the field of eating disorders,” says Stansfield. The nonprofit also works with clubs at area high schools to teach The Body Positive curriculum which focuses on improving self-esteem, self-worth, and body image. At local health and wellness events, Stay Strong Virginia seeks to raise awareness of eating disorders in the community. “Recovery from an eating disorder is absolutely possible,” says Stansfield, and she encourages sufferers and caregivers to “reach out, seek help and hang on to that hope.”

Fattitude the Movie examines fat-shaming, how the media portrays fat bodies, and how that perpetuates fatphobia in our society. Eating disorder professionals use the documentary as an educational tool to help understand the bias people experience. This is a free screening.