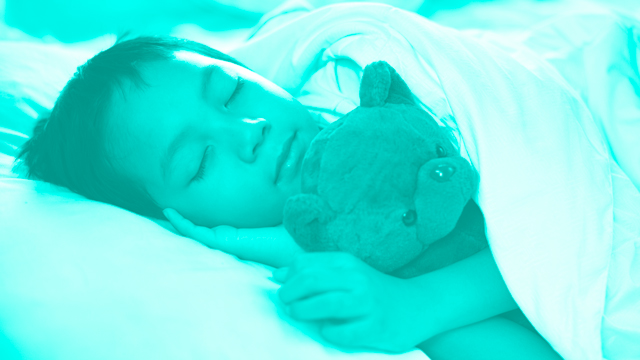 A Common Issue that Holds Kids Back

Jake was tired of waking up in the middle of the night to a wet bed. When he was five, his parents assured him that his bedwetting was normal – something many children experience – but as he grew older, he began to read the traces of frustration on his parents’ faces as they changed his sheets and loaded the washing machine yet again.

Much to his parents’ chagrin, Jake’s bedwetting began to take a toll on his social life. He was always afraid that, somehow, the other kids at school would learn of his problem – making him an easy target for bullying. While his classmates enjoyed themselves at sleepovers and made plans for summer sleep-away camps, Jake was constantly battling the feeling of missing out as he forced himself to come up with excuses for why he wasn’t able to join them.

Bedwetting can be emotionally taxing for children like Jake. Not only do they live with the constant fear of waking up to a wet bed, but sometimes they’re even called lazy or disobedient because friends or relatives might think they just don’t want to get up to use the bathroom at night. Children can even be punished for something which is not under their control.

Often, these children feel helpless, like their bedwetting is something that will last forever. It’s important for families to remember that bedwetting affects millions of children each year. According to recent studies, around one in six 5-year-olds wets the bed. If your child is one of them, don’t be embarrassed, and certainly don’t punish them. Many times, the issue will go away on its own and when it doesn’t, there are effective and inexpensive treatments available. As caring parents and professionals, we know these kids aren’t lazy or misbehaving in any way: There is a medical component to bedwetting.

Unfortunately, there’s no easy answer. Often, bedwetting can be closely tied to sleep patterns – usually affecting children who are very heavy sleepers or ones suffering from sleep apnea. Bedwetting can also be directly related to constipation, which means your child’s diet could be a factor.  Correctable voiding habits – when and how often a child uses the toilet – should be considered. It can also be hereditary; if you were a bedwetter as a child, your son or daughter has a higher chance of sharing those same traits.

Because the causes of bedwetting can be complicated, treatment can sometimes prove difficult. Whether the treatment plan involves simple fixes like a bedwetting alarm or something more in-depth, like medication, parents don’t seek help until the child is seven or eight years old.

I have found that children typically see better results when parents and doctors address bedwetting concerns earlier – around age six, when families first become concerned. If your child is having issues with waking up to a wet bed at night, make an appointment with your pediatrician or see a pediatric urologist. Taking your child to see a doctor sooner rather than later helps him get on the right track so sleep-away camp is something to get excited about – not a source of anxiety.

John D. Edmondson, MD, is a board-certified urologist at Children’s Hospital of Richmond at VCU. He sees patients at Children’s Hospital of Richmond at VCU’s Children’s Pavilion and the MEDARVA Stony Point Surgery Center, specializing in pediatric urology. He also serves as an assistant professor of urology at the VCU School of Medicine, his alma mater. Dr. Edmondson lives in Richmond with his wife Amanda and two children, Avery and Mackenzie.