What We All Need to Hear

Ear pressure or pain, fluid in the ears, hearing your voice loud in one ear – any of this sound familiar?
Most of these symptoms are related to the function of a small opening in our middle ears called the Eustachian (pronounced U-sta-shun) tube. Designed to open and close and regulate middle ear pressure, in most cases, this is exactly how the Eustachian tube works.

But what if the Eustachian tube stays closed? Fluid can develop behind the ear drum causing what’s called otitis media or, as lots of parents know all too well, ear infection.

Ear infections can be a recurring problem, especially for kids under seven. In fact, 75 percent of all children will have an ear infection. Usually, a visit to the pediatrician and an antibiotic will set things right. However, in cases where the fluid persists longer than three months or the infections keep coming back, ear tubes may be necessary. Currently, ear tubes are recommended if a child has six infections in one year, or three infections annually for three years. This is when a visit to the ear, nose and throat surgeon comes in.

If ear infections do not occur, your kids are lucky, but not in the clear. Negative pressure can still build within the middle ear space. The ear drum can become weak and retract into the middle ear. This can be another source of ear pain and even hearing loss. Once the pressure equalizes, the pain dissipates, but the hearing loss may remain. If the ear drum stays retracted, it can rest on the bones of hearing located in the middle ear and can dissolve several small joints causing a conductive hearing loss. If this happens, surgical correction may be necessary.

What if the Eustachian tube stays open? This problem is called patulous Eustachian tube and is less common in children, and more often diagnosed in adults. The usual symptoms include ear fullness or pressure, but also hearing your own voice, breathing, or heartbeat in one ear.

Currently, the treatment starts with in-office tube placement in the affected ear. If this fails, further surgery may be warranted. Laser-assisted Eustachian tuboplasty surgery uses small endoscopes that are placed through the nose. A pocket is created next to the Eustachian tube opening. Then, using either artificial fillers or ear cartilage the opening of the Eustachian tube is returned to its normal size and the symptoms usually resolve. While the surgery takes about 45 minutes, it can provide a lifetime of relief for people struggling with these annoying symptoms. 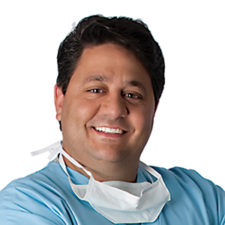 Wayne T. Shaia, MD, father of three, is an ear, nose and throat physician in Richmond. He performs laser-assisted Eustachian tuboplasty surgery at Stony Point Surgery Center, and sees patients at the Balance and Ear Center in the West End.