7 Things I Wish I had Known About Depression and Suicide

Our state ranks forty-seventh for treatment of childhood major depression – the leading risk factor for suicide. That means seven out of ten Virginia kids most at risk for suicide don’t get the help they need.

My family lived that statistic. My son died from it. After years of struggle with depression, and a few months with addiction, one of the funniest and most popular kids in school – my 20-year-old son Charles – killed himself.

I don’t want anyone else to miss or dismiss signs that would help you avoid standing in my shoes.

1. Teens are masters at hiding depression.

The stigma of depression is strong,
and a young person’s will to hide it is even stronger. Charles would tell me he had anxiety, but that he did not suffer from depression, despite having been diagnosed with it in a very thorough evaluation.

He was a funny, happy child, although there were early signs that heighten depression and suicide risk: an addiction (his was sugar), ADHD, poor impulse control, sensation-seeking, and a difficult time falling asleep starting in his toddler years. Still, how could this all-around awesome kid be depressed? An excerpt from Charles’ private rap diary (his notebooks with rap lyrics) is very telling:

2. A preoccupation with death or talking about death is a suicide warning sign.

Charles frequently said things like, I’m probably never going to have children, or I will probably never get married. He often talked about famous people who died young.

Charles told me one day he had taken a bunch of pills, and didn’t know why he did it. He was frightened and confused, and relieved when he woke up. It scared me, too. We talked for a long time, and he assured me he wouldn’t do that again.

Since then, I’ve learned that suicidal thinking is also known as a brain attack, a temporary and irrational state of mind when people suffer emotional pain so devastating, their brains tell them the only solution is to kill themselves. It’s intense and relentless, and people feel they are a burden and the world would be better off without them.

Like a heart attack, you can’t just stop it at will. A brain attack can last five minutes or a few hours. Tweens and teens don’t yet have strategies in place to save themselves at those critical moments. When Charles experienced his brain attack, I wondered if it was an actual suicide attempt, and I asked more than one mental health professional how to qualify it. It was a difficult question to answer.

It was a suicide attempt. I didn’t realize suicidal thinking with someone who suffers from depression is rarely a one-time event, especially when drugs and alcohol are involved. Ninety percent of people who die by suicide suffer a mental illness. And for a lot of people, that mental illness is a pervasive condition, the root cause of which has to be treated and managed. That’s why treating mental illness is the key to preventing suicide.

4. Depressed teens are not always sad.

Charles’ hyper-social personality just didn’t fit my preconceived profile of depression – quiet, sad, isolated, etc. While those signs are definitely valid, other signs of depression in teens include: a cavalier attitude about life, anger, acting out, getting in trouble with the law, promiscuity, self-harm, running away, and a lack of motivation. A big problem here is that many parents – myself included – assume these traits are just part of being a teenager.

5. People who die by suicide often don’t want to die.

They just want to end unbearable pain. Many who have suffered suicidal thoughts have told me they are thankful to be alive. I know now Charles didn’t want to die, and it’s a painful realization.

He called me before he killed himself. I had no idea he was going through withdrawal from heroin use, and suicide just wasn’t on my radar. It was not what he said, but the despair in his voice that alarmed me: “Mom, I have nothing.”

I felt his words, but I could not translate it. My own brain was in a state of heightened emotional distress. I was expecting a rational statement like, “I need help,” from someone who was, at the time, incapable of rational conversation.

These kinds of texts, social media posts, and offhand comments like, I feel so worthless, or I can’t do this anymore, are invitations for you to ask the question, “Are you thinking of suicide?” Your job is to take your child seriously, listen with empathy, and get your child to the next level of care – visiting a hospital ER or calling a city/county suicide hotline is your best bet.

6. Kids who are suicidal will use what you have in your home.

Teens who tell me about their suicide attempts share stories of ingesting all the drugs in their parents’ medicine cabinet. And the drugs can be over-the-counter (not prescription) for someone to overdose.

They’ll use your alcohol, your firearms, or whatever else is around in your home. When that moment strikes, it is so hard for them to ignore that voice in their heads telling them death is the only option. To prevent suicide, you should always secure firearms with a thumbprint safe, buy a carbon monoxide detector, lock up prescription medications and dispose of them when they’re expired, and lock up alcoholic beverages.

7. I thought my kid would never kill himself.

Primarily, because he told me so. His family, his friends, his new rap album, and his dog meant so much to him. No one loved family like Charles. Here’s a paragraph from another rap he wrote:

Family as priceless as life is,
This time is moving too fast.
I wish I could grab it, hold it and have it,
Keep it there and show you all how much I really care,
I thank you every day that I’m here
and breathin’ air.
–Charles Rogers, Family Matters

The truth is, anyone can be susceptible to depression and suicide – star athletes with perfect GPAs from great families who look like they have everything – kill themselves. We simply do not know what’s going on in someone’s head or how serious it is. Teens, especially, don’t want to disappoint people in their lives by revealing the darkness in their souls.

As a parent or caregiver, you can arm yourself with knowledge and trust your instincts. If you feel something is wrong with your child, chances are, it is. Don’t ignore it and think it will be better tomorrow. The conversation might be uncomfortable, but take it from me, it’s better than burying your child. 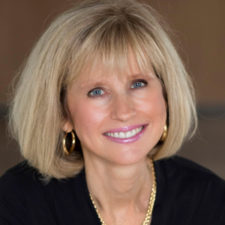 From the September 2017 issue: