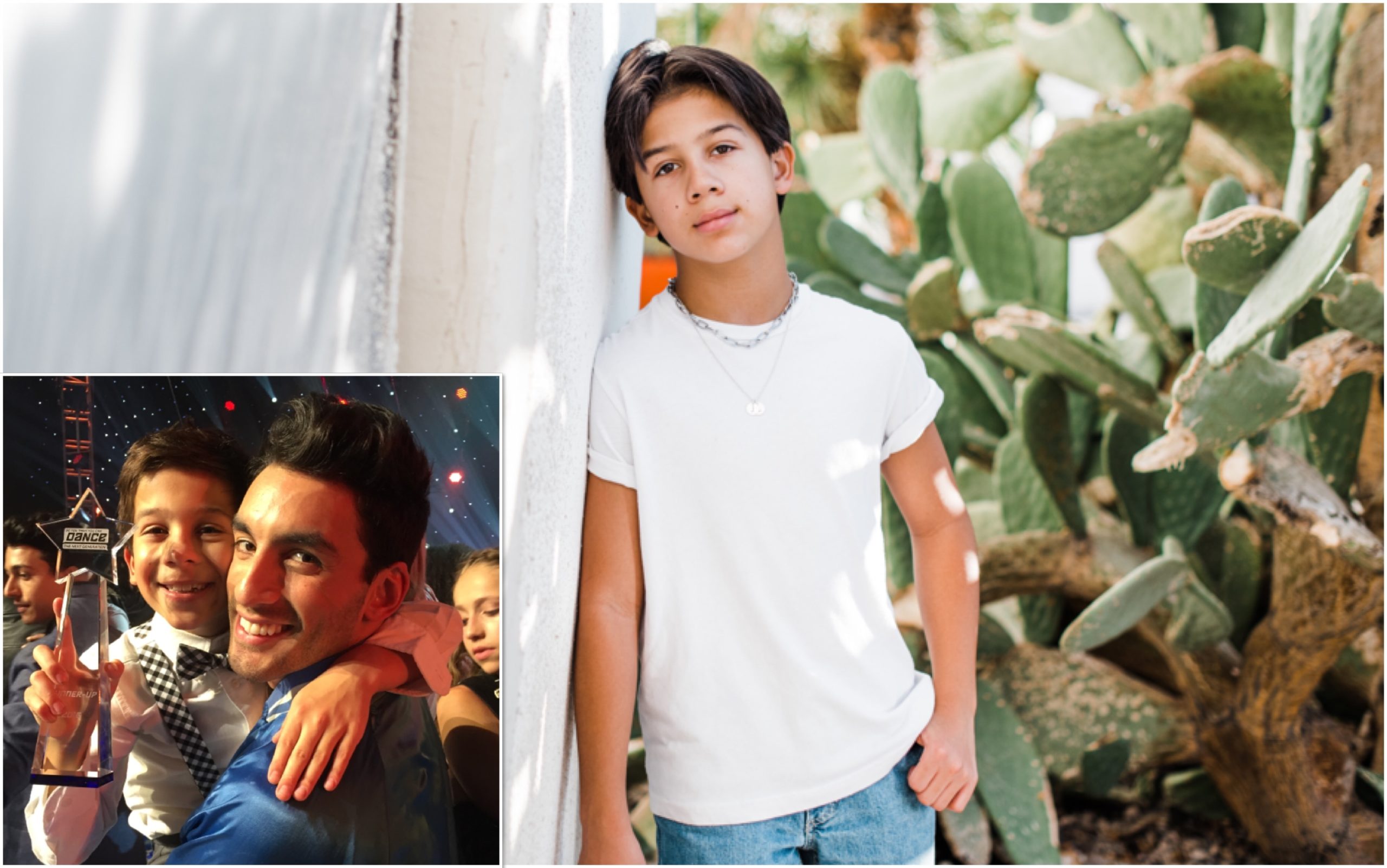 At the age of five, JT Church knew he wanted to dance. The talented youngster had no idea that five years later he would compete on Fox network’s So You Think You Can Dance: The Next Generation as the youngest contestant.

“We sent in his audition video and got a call back. He auditioned in Chicago and got a golden ticket to Los Angeles,” says his mom Leslie.

The show sent one hundred dancers to Los Angeles to compete for a top ten spot. Albeit a tough process, JT made it to the top ten and performed on the live shows.

“He was this little 10-year-old boy that nobody knew. He got onto the show and made it to second place,” his mom says, adding she was hesitant to have him audition for the show because of his age. “If he hadn’t done it, he wouldn’t have had a chance try out again because it was the only season of the show. JT wanted to do it and luckily, we did do it.”

All of the Church family are rooted in Virginia. Leslie was born in Alexandria, where her parents still live, and is a graduate of James Madison University. Her husband, John, is from McLean and a graduate of University of Virginia. The family lived in northern Virginia — Fairfax and Bristow — until a little over three years ago when they moved to Arizona to help further JT’s career.

“He was getting auditions and when you are doing auditions, you have to pay to get yourself there. We needed to be closer to Los Angeles,” his mom says.

JT, who has also taken gymnastics, got interested in dance after attending Haymarket Day in the town of Haymarket. “They were showing different acts and they had Gainesville Dance Center perform for an hour. He sat there and was mesmerized. He looked at his dad and said, ‘I want to take classes.’” According to his mom, JT took a trial class once a week and he was hooked.

When the family was still in Virginia, JT took about twelve hours of dance a week as well as additional ballet training at the Academy of Russian Ballet in Manassas.

JT admits he was a little intimidated when he got to Hollywood for academy week to compete for a spot in the top ten of So You Think You Can Dance. “I had been watching a bunch of the dancers competing on social media,” he says. “It was amazing that I was competing with them.”

During academy week, he felt good going into his musical theater performance, a style that is one of his strengths, until he blanked halfway through his performance in front of the All Stars (professional dancers who were team captains). “My partner blanked too,” he says. “We stopped dancing. I was like a deer in headlights. I was sure I was going home.”

Luckily his team captain, dancer Robert Roldan, gave him a second chance. “I wouldn’t be where I am today without Robert,” he says.

Getting into the top ten boosted JT’s confidence. Being there was stressful but fun, he adds. “I’m hard on myself, and I would get in my head as a dancer. I realized it was just about having fun. I was happy and thankful to be there. I was having a blast. Robert was my mentor, and I am so thankful for him.”

Each week the top ten had to learn several new dances. “They had four hours to learn the dance with the choreographer,” Leslie says. “Sometimes they did three to four dances. They were unsure if kids could handle all of that, but they did. They were great.”

Leslie would stay in the background because she didn’t want to the type of stage mom that gets in the way. “I was always super nervous on show days, but I tried not to let JT see that,” she says. “He was growing and getting better and better. He shines on stage. Watching him dance makes me so happy.”

The support he received from fans in Virginia was tremendous, she adds. “We had his school support, support from UVA, JMU, and our friends in Loudoun County. People would share on social media don’t forget to vote for JT.”

The family moved to Arizona in 2017, a year after JT competed in the show. In 2018, he appeared on Dancing with the Stars: Juniors. “He had been working really hard on ballroom,” Leslie says.

The experience was both similar and different from his stint on the previous show. On So You Think You Can Dance: The Next Generation JT danced as a contestant and on Dancing with the Stars: Juniors he was partner to the contestant professional skateboarder Sky Brown (who went on to win the show with JT).

“We worked super hard and it was cool to see her growth,” says JT, adding that Dancing with the Stars regular Alan Bersten was their mentor and choreographer. “I am still good friends with all of the pro kids on the show. It was a super positive and fun experience. I loved it.”

Even though the kids are competitive dancers, there was a different feeling on the show, his mom adds. “They were all cheering each other on. They had a great time.”

JT’s latest gig — and first acting assignment — was filming the Hallmark movie Christmas Waltz, which aired on the channel last November. The film was shot in Vancouver, Canada, during the pandemic.

“We had to quarantine for two weeks after we got there, and we had to wear masks and get COVID-19 tests every two days. We were being super cautious,” says JT. “I learned so much about how movies were made, and I learned from [stars] Lacey Chabert and Will Kemp. They are both amazing and have so much knowledge.”

JT is a natural performer, regardless of whether it’s dance or acting, his mom says. “He learns from watching. He taught himself to do tricks like turns and aerials by watching YouTube. He taught himself how to do a handspring. He’s a visual learner.”

Dancing through a Pandemic

JT is currently on the pre-pro team at Studio Club Dance in Mesa, Ariz, training in all styles of dance. “They bring in a lot of good choreographers for master classes. He’s doing well and keeping up with training,” his mom says, adding that training at the moment is at home. “We took the formal living room in our house and turned it into a studio for him because he didn’t have any where he could dance because of COVID-19. So now he has a home studio where he can dance and take classes over Zoom.”

In his dance, JT tries to be as versatile as possible. “It’s important to know more styles of dance. I try to learn new things,” he says.

As far as his future goes, JT is keeping his options open. “I’m open to anything. I definitely want to continue in acting. Hallmark was so much fun. I also love jazz and musical theatre. I would love to be on Broadway,” he says.

She feels like dance will always be part of JT’s life. “My goal for him is to help him continue to grow artistically,” she says. “I want JT to be able to do whatever he is asked to do and do it well. I also want him to get a good education, that’s important. You have to have a backup plan. too.”