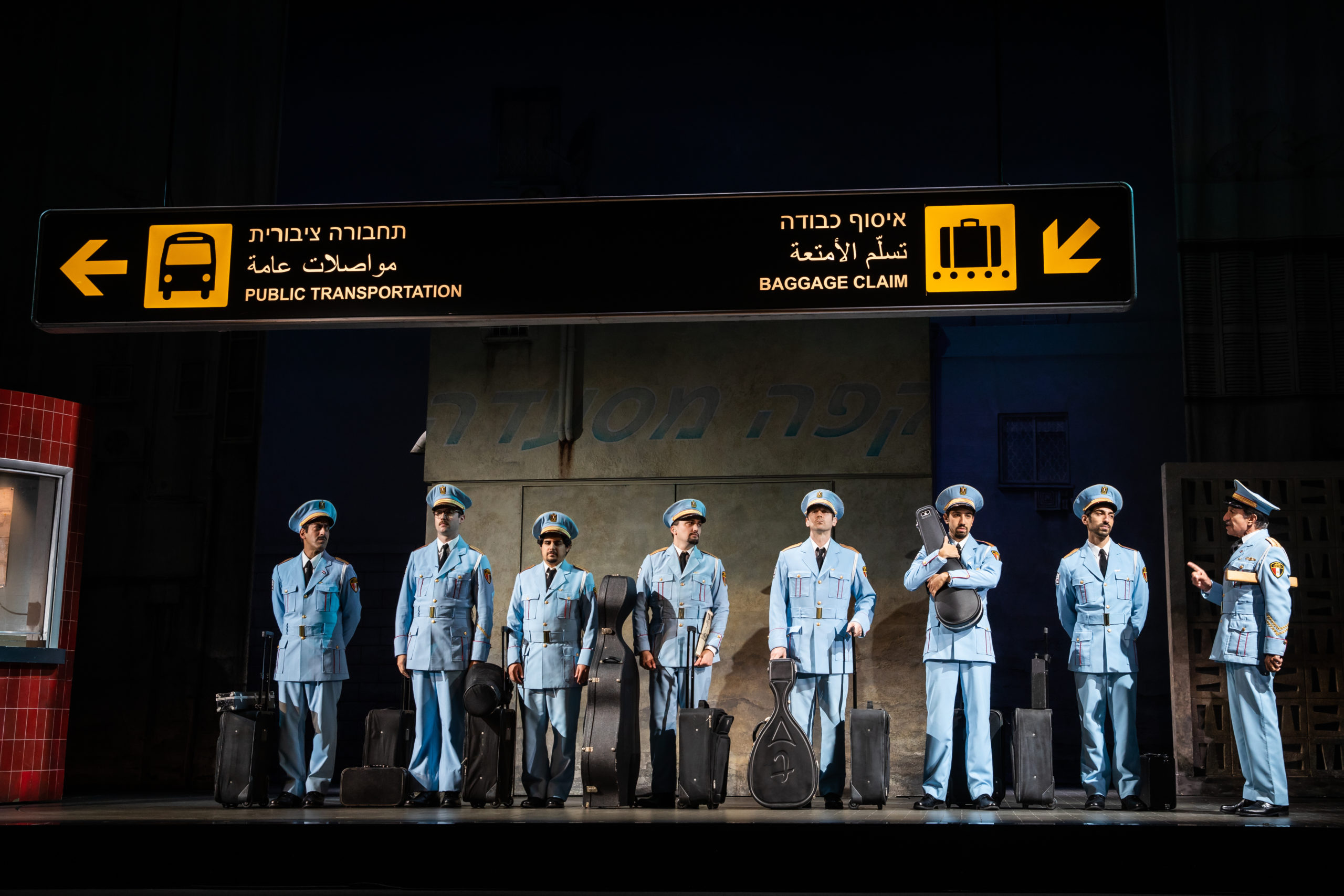 Actor Loren Lester’s job on The Band’s Visit is one of daily anticipation. A standby for four roles — three Egyptians and one Israeli, including the lead role of Tewfiq — Lester has to step into the role whenever an actor takes vacation, falls ill, or can’t do the show for some other reason.

“You have to be able to play any one of the four roles at any moment,” says Lester, who has been with the show for four years and has played each of the roles multiple times. “The only nerve-racking part of it is you have almost zero preparation or rehearsal until the show is running. You watch rehearsals, but you never walk through the play. If you have to go on during previews, you have had zero rehearsals, and that is nerve-racking.”

A standby is an unsung hero, he adds. “We have to jump in and save the day.”

The winner of ten Tony awards, The Band’s Visit, is one of only four musicals in Broadway history to win the unofficial Big Six Tony Awards,  which include Best Musical, Best Book, Best Score, Best Actor in a Musical, Best Actress in a Musical, and Best Direction of a Musical.

The show tells the joyful story of an Egyptian band of musicians who arrive in a town way off the beaten path in the middle of the desert in Israel.

At first, because of the language differences, the band and the townspeople find it difficult to connect, but “within twenty-four hours, they communicate on a human level sharing life stories,” Lester says.

The humanity of the show “really touches me,” he adds. “It’s all about people communicating. For our time, right now there is so much sorrow, politics, COVID, etc. This is a respite from that. It gets back to [the basics] … we are all people, and we all have so much more in common than we don’t.”

One of the pluses for Lester is getting to do accents. “I love to do them,” he says, noting that he has worked with both Israeli and Egyptian vocal coaches. “They are very different accents.”

He enjoys being able to perform the lead role of Tewfiq, the conductor of the band. “It is one of the most complex and beautifully written characters. He is so conflicted. He makes the best of the situation. The idea of playing that character was foremost in wanting to get this show,” he says.

From Los Angeles to New York

Lester grew up in Los Angeles and has spent most of his life there. He moved to New York City four years ago to pursue his passion for theater.

“I did theater at Occidental College in Los Angeles. We did summer stock, about five shows. That hooked me. I said this is what I wanted to do,” he says.

He landed his gig in The Band’s Visit shortly after arriving in New York in October 2018.

Lester’s wife, Kelly, is an actress and his three daughters are all in entertainment. His youngest daughter, Julia, who is twenty-two, is on Broadway playing Little Red Riding Hood in Into the Woods. This is also her fourth season on the Disney+ series High School Musical: The Musical, the Series.

Middle daughter, Lily, twenty-four, is a standup comedian in Los Angeles and New York City. Oldest daughter, Jenny, twenty-fine, is an award-winning stage actor who has written and directed the feature film What She Said.

“We have a multi-generational acting family,” Lester says, adding that his wife’s father appeared in Broadway, television, and film. “It’s unusual to have so many generations doing musical theater.”

The Band’s Visit runs at Altria Theater from July 26 through July 31. Tickets are available online at BroadwayInRichmond.com, at the Altria Theater box office, and by phone 1-800-514-3849 (ETIX).