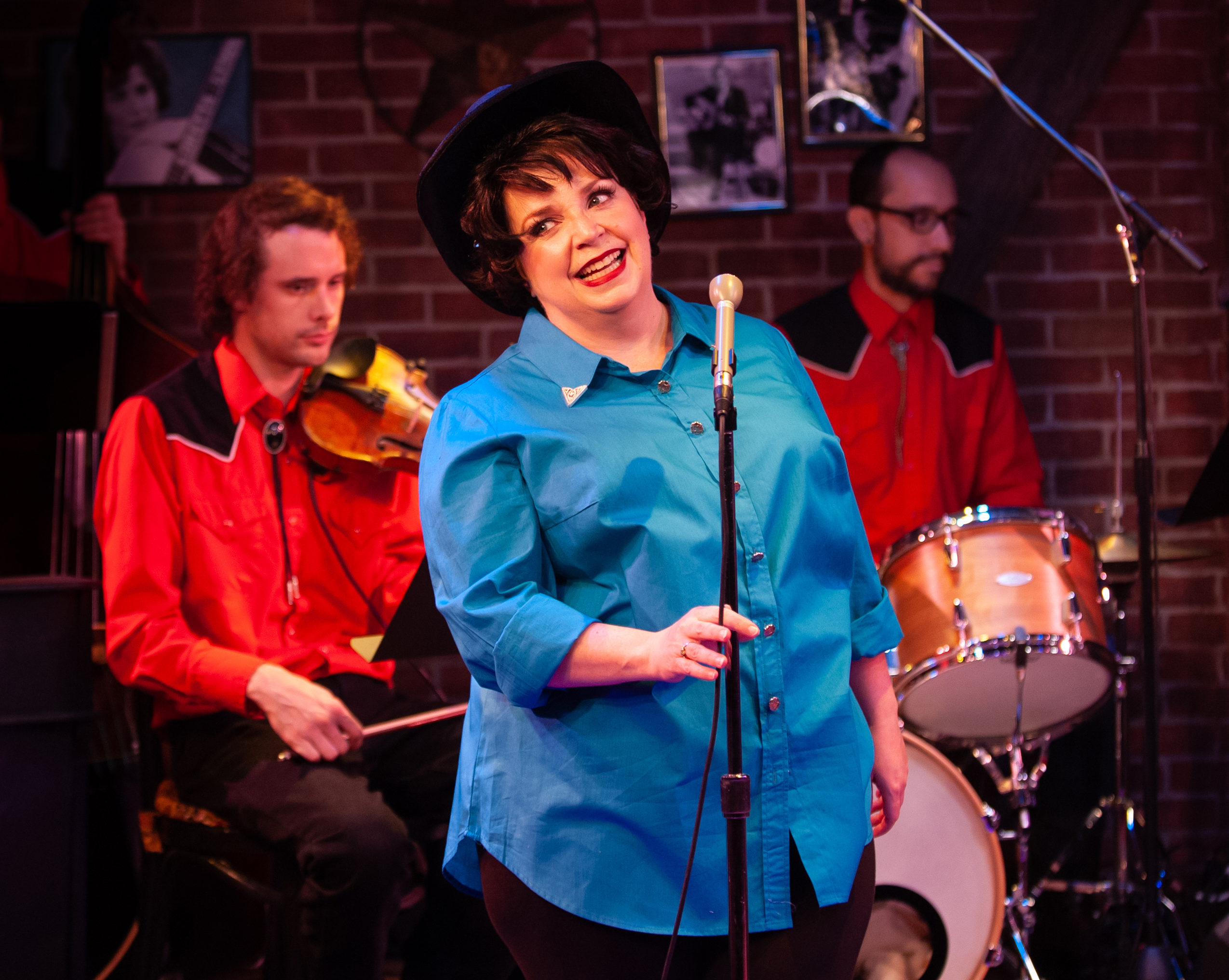 For Debra Wagoner, stepping back into the role of Pasty Cline in Always … Patsy Cline at Virginia Rep at Hanover Tavern is like revisiting an old friend. The popular Richmond actress started portraying the legendary singer twenty years ago.

Her interest in Cline started with a request from Wagoner’s father, a real fan of the singer. Both of Wagoner’s parents liked country music, but it was her father that favored the genre. Her mom also enjoyed show tunes, big band, musicals, and classical music, as well as singers such as Judy Garland and Frank Sinatra. Wagoner gravitated toward those genres as well.

“When I got the bug to perform in high school, I was listening to all these cassettes. I listened to a lot of Judy Garland,” Wagoner says. “My dad said ‘I want you to listen to this.’”

Her father handed her an album of Cline’s best hits. Wagoner played the album and “was blown away by how amazing her voice was,” she says. “She had the same passion, soul, and heartache as anyone I ever heard. My dad is the one that brought Patsy Cline into my life.”

Wagoner first appeared in Always … Patsy Cline at Swift Creek Mill Theatre. Over the past twenty years, she has performed the show in a variety of venues that include the Company of Fools in Idaho and the Ohio Shakespeare Festival. She performed the role seven years ago at Virginia Rep at Hanover Tavern.

Luckily, her father got to see her perform at Hanover Tavern in 2012. “He and my mom were both there,” she says, adding that both her parents passed away in 2015.

When Virginia Rep asked if she would like to do the show again “she was thrilled,” Wagoner says.

The heartfelt musical is based on a true story about Cline’s friendship with Louise Seger, a fan from Houston. Louise befriended Patsy in a Texas honky-tonk in 1961, and continued a correspondence with Cline until her death.

When Wagoner’s doing the show, she always feels an obligation to honor Cline’s interpretation of a song. “I don’t want to mimic her. I want to honor her style,” she says.

Cline serves as an inspiration for Wagoner. “I am inspired by her ambition, her pride, and her drive to succeed in what was then a male-driven business,” she says. “She was ahead of her time. She was a very outspoken lady at a time when women weren’t supposed to be outspoken.”

Cline always wanted to be honest and upfront with everyone. “Sometimes people didn’t like that,” Wagoner says. “A lot of other female country singers looked up to her for that, and she always looked up to them, too. I always think of that. She is an icon for a reason.”

Wagoner also admires Cline’s confidence and that helps the actress in her own life. “Sometimes, when I don’t feel confident I think of her and stand a little taller,” she says.