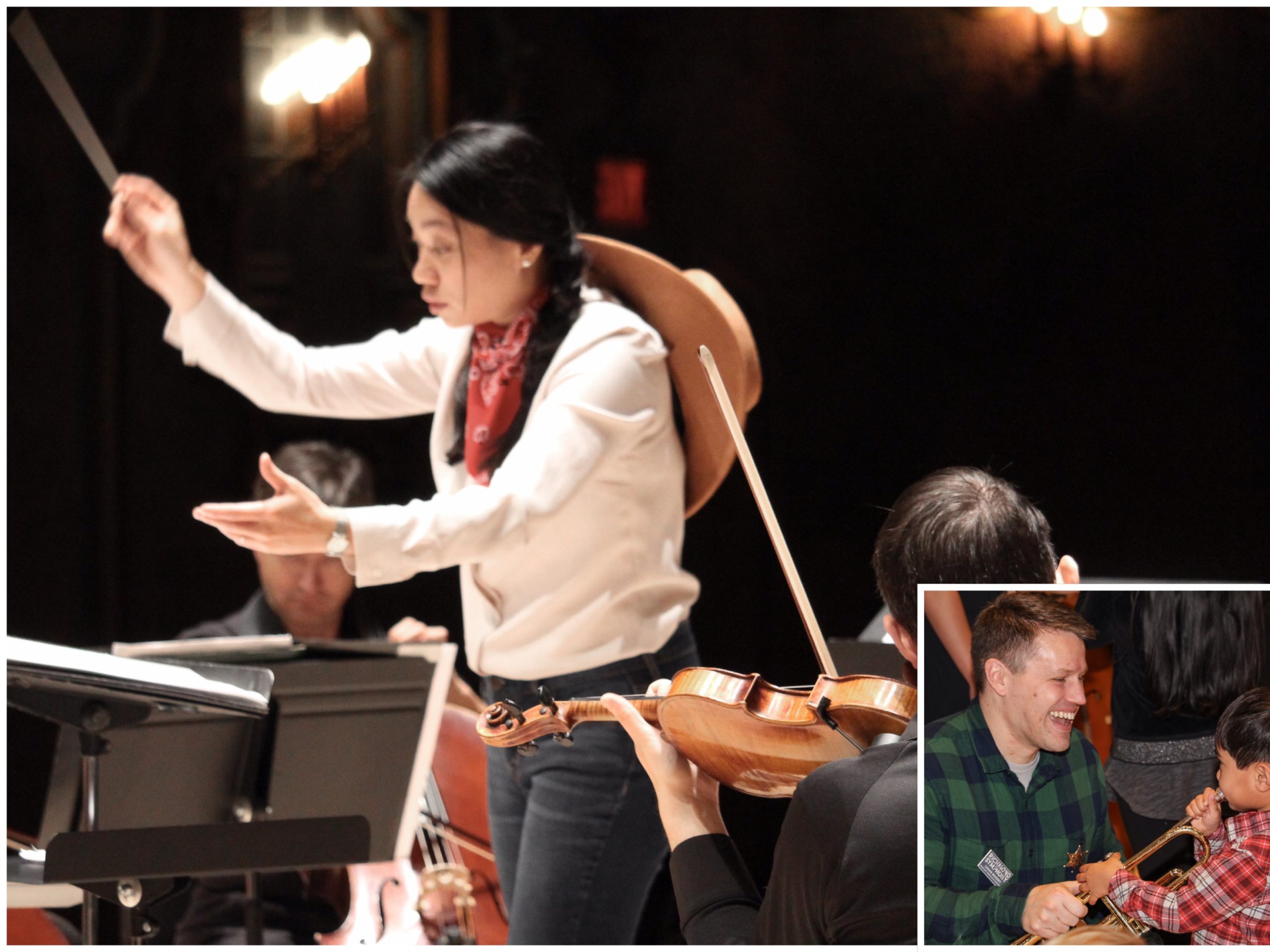 If you took a poll, you’d discover that most people like to sing along with their favorite songs. That’s what kids and families will be doing at the Atlantic Union Bank LolliPops Series: It’s a Symphony Sing -A- Long! The January 25 event at Dominion Energy Center will take karaoke to a new level.

And the best part for families? At this concert, kids don’t have to worry about sitting quietly in their seats. It’s a time when they’re expected to be interactive and make some noise.

“We usually pick songs the kids know,” says Walter Bitner, the Symphony’s director of education and community engagement. “We project the lyrics above the stage.”

The LolliPops series is designed to target kids seven years old and up, but the shows are entertaining for the entire family. “Most of the children are pre-school through elementary school age,” Bitner says. “But lots of parents and grandparents attend as well.”

This month’s concert is the third in a 4-show season. Most of the shows are designed around a specific theme. “Our first concert was the Wild, Wild West,” Bitner says. “Kids are encouraged to dress up.”

The upcoming concert will feature a variety of familiar tunes, everything from Do-Re-Mi and Over the Rainbow to You’re a Grand Old Flag and Happy by Pharrell Williams. And, there may a Disney favorite or two scattered in between.

A 60-member full orchestra will provide all the music in the approximately one-hour show. Chia-Hsuan Lin will serve as the show’s conductor. “Everyone really likes her. She’s so much fun,” Bitner says. “She provides context for the music and gets children to interact with the music.”

A pre-concert festival will take place at 10 a.m. “The festival includes a robust instrument petting zoo where you can try out the instruments,” Bitner says, adding volunteers and members of the Symphony’s youth orchestra program are on hand to talk with kids. “Children get the opportunity to see and hear older kids who are interested in music. It sparks their interest. Maybe some of them will end up in one of our ensembles.”

Other interactive activities include face painting, caroling from The Greater Richmond Children’s Choir, and a crafting activity from Puppets Off Broad where kids can make goat puppets from The Sound of Music.

The pre-concert and concert are very popular with children and families, Bitner says. “It’s especially popular with the grandparents.”

He is very proud the LolliPops series offers sensory-friendly performances. House lights, for example, remain at a low level during concerts.

“There are sensory-friendly places to sit and an adjacent room where the lights are dimmed,” Bitner says. “It’s general seating so you can find a place to sit that you like. It’s a welcome and open atmosphere.”