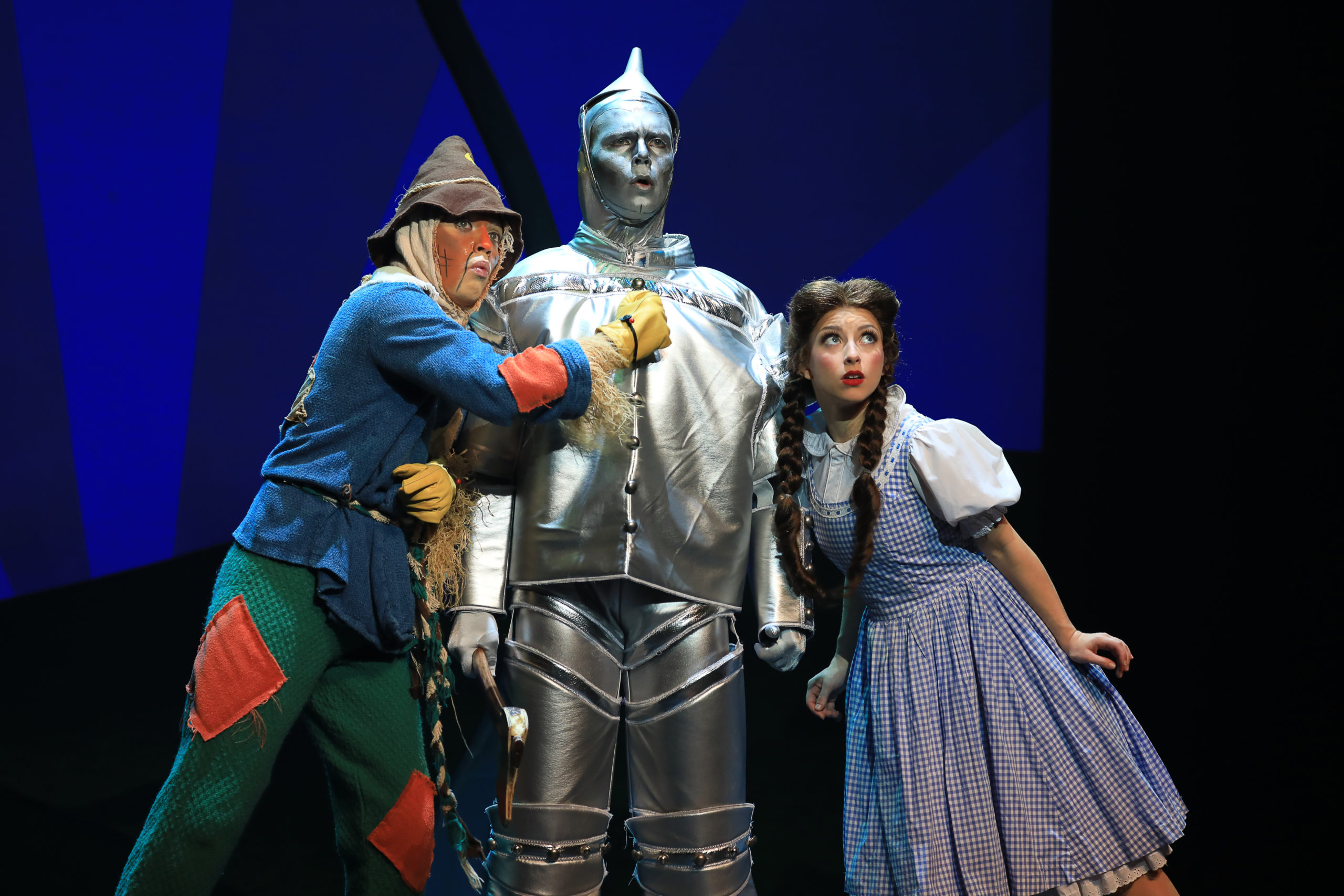 As soon as Kalie Kaimann walked into auditions for The Wizard Of Oz, Director Dean Sobon knew she was a good fit for the role of Dorothy. “We were immediately taken with her,” he says. “She is very young looking and innocent.”

Kaimann performed the role of Dorothy once before at Children’s Theatre of Cincinnati. She’s been in her current role since last year. “I have been playing the character for some time and I feel like I know Dorothy’s story,” she says. “Innocence is the most important part of Dorothy and that is what I try to bring to it.”

The Ohio native has to keep reminding herself that Dorothy is only twelve or thirteen when she starts on her adventure to the Emerald City. “I have to keep that youthfulness during the show,” she says.

Kaimann has idolized Judy Garland and been a fan of the production ever since the first time she saw the original 1939 MGM film version of The Wizard Of Oz. The show got its start on Broadway at the Majestic Theatre in January 1903. It became the longest running show of the decade with over 290 performances. After Broadway it toured until the country until 1911.

“The story is so beautiful,” she says of the show. “Getting to tell it every night is such an honor. I love singing all these wonderful songs that I grew up with and the audience loves.” 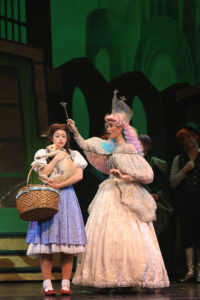 The biggest challenge for Kaimann lies in the fact that the role and Garland’s performance is so iconic. “There are a lot of expectations for the role,” she says. “I had to get over that and say to myself this is my version of the role and that is okay.”

There is an old saying in the world of entertainment: Never work with kids or dogs. But, Kaimann loves working with Murphy who plays the loveable Toto in the production. “He’s a sweetheart,” she says. “He’s very relaxed, very chill. He just goes with the flow. He’s been good to work with.”

The terrier mix belongs to the show’s musical director. “He’s played Toto before. He knows where his treats are coming from,” says Sobon of hitting all the appropriate cues.

Sobon says the pint-size canine actor is a “professional sleeper and we love that.” Every time Dorothy puts him down in the poppy scene “he puts his head on her hand and falls asleep immediately.”

He’s a crowd pleaser, Sobon adds. “As soon as he walks on stage everybody in the audience says ah and claps or laughs.”

During the show Toto also gets to interact with Emily Perzan who plays the Wicked Witch of the West. The tour marks the third time that Perzan has played the role. What she enjoys in this production is being able to show the character’s human side.

“When I was working on the role I watched the movie again,” she says. “I wanted to bring my own life to the character as well.”

While she admits her regular laugh is a cackle, which works well for the show, Perzan really has to stretch to become one with her villainous character. “It’s a challenge every day putting on her cape and hat and finding my evil witch. That’s not my personality,” she says, adding that it’s fun to play the role.

Anyone that thinks it takes hours for Perzan to get into her green makeup and costume is in for a surprise. It only takes her fifteen minutes to make the transformation. “I cheat a little bit because I paint my hands before the show,” says Perzan who also plays the gloved bicycle riding Miss Gulch in the production. “It only takes me twelve minutes for makeup and the wig. Then I put on the hat and make the costume change.”

She and Kaimann have become good friends over the past almost two years on the road. “We are good at adapting with each other,” Perzan says about any hiccups in the show. “We have a great vibe with each other on and off the stage.”

When it comes to her favorite moment in the production, Kaimann says it’s the very end of the show when Dorothy is back in Kansas and utters the iconic “there’s no place like home. The music swells and the audience goes crazy.”

The Wizard Of Oz plays Altria Theater December 14-16. Tickets start at $43.50 plus fees. Go to broadwayinrichmond.com.