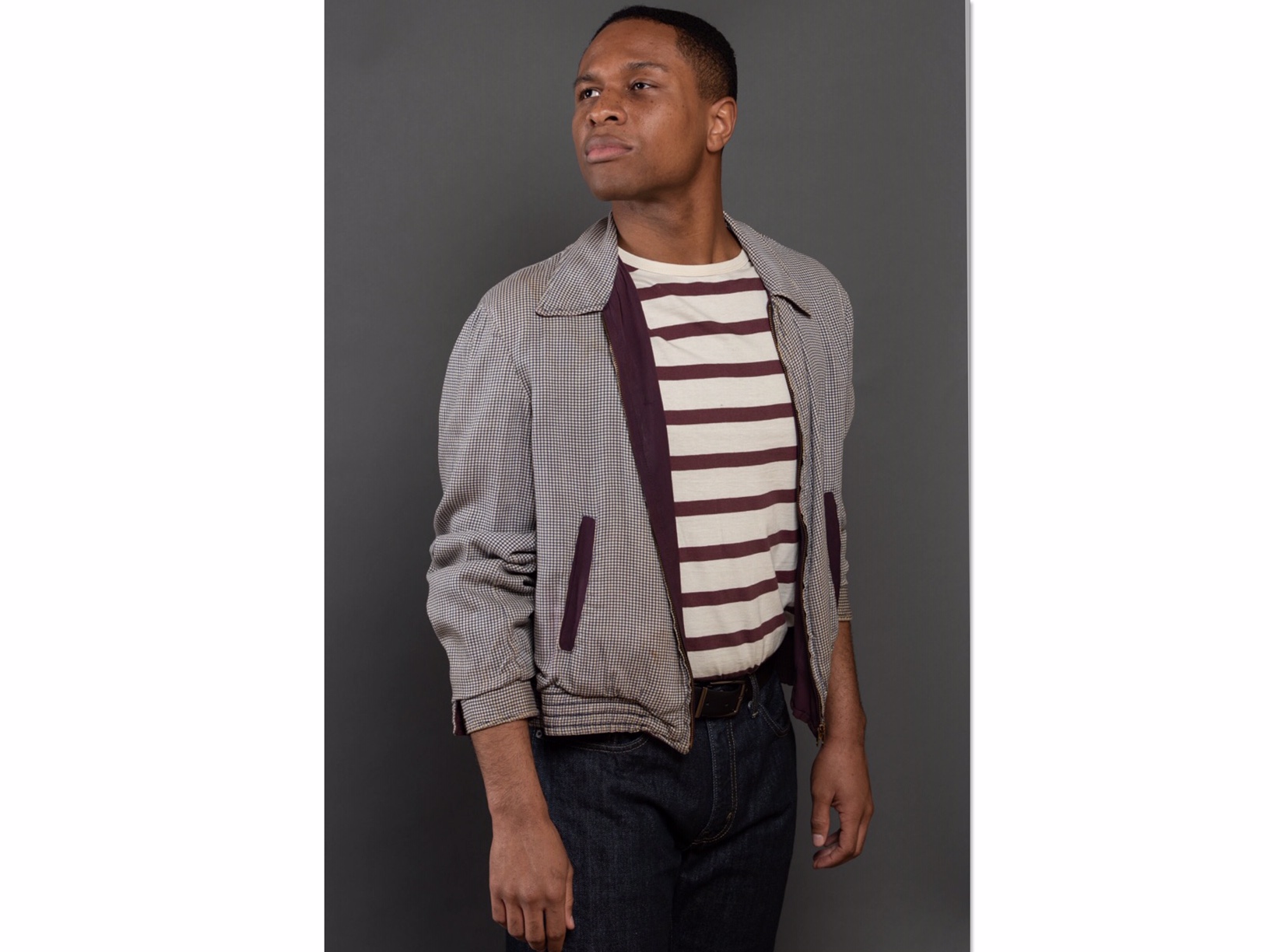 Being chosen to play Cory in August Wilson’s Tony- and Pulitzer Prize-winning drama Fences was a full circle moment for actor Jamar Jones.

The opportunity to be part of any August Wilson work is “a gift,” he says. “Brilliant isn’t great enough a word for his work. It has so much character. It’s so rich, deep, and full of life.”

The moment he was selected was powerful for him. “This is something I always wanted to do: perform and be part of really good work,” he says.

Fences tells the story of Troy Maxson, a sanitation worker in 1950s Pittsburgh. Once a star of Negro League Baseball, Troy’s dream of playing in the majors was denied due to the color of his skin. Years later, his bitterness takes its toll on his relationship with his son, who now wants his own chance to play ball. The production is part of the annual Acts of Faith Festival.

At twenty-eight, Jones worried that he was too old to play Cory in Virginia Rep’s production. “But Cory does have to make his journey,” he says.

Cory’s story is a boy to man story and Jones can relate to that. “I am still finding my place in the world and figuring out what sort of man I want to be,” he says. “This role speaks to me.”

A graduate of Meadowbrook High School and William and Mary with a degree in theater and sociology, Jones began acting in tenth grade. “It’s something I was always interested in doing, but I was too nervous and shy,” he says.

Thanks to the encouragement of his high school drama teacher, Charmaine Crowell-White, he decided to put his fears behind him. His first role was in The Diviners.

“I love the process and learning how to perform,” he says. “That first night was like wow and this awareness came over me. I thought this is where I want to be and I have been performing ever since.”

Jones has been acting professionally for six years. He first started with Virginia Rep on Tour right after college. Later he began working full time for Colonial Williamsburg as an actor, a job he still holds today. “I perform and do different interpretations of people in the past,” he says. “We also develop some of our own programs.”

He also performs at several different museums and historical sites in Virginia and Washington D.C. such as the Spy Museum in Washington and the American Revolution Museum in Yorktown.

It has taken Jones a while but he has discovered ways to lessen any nervousness he might have. “I embraced the idea of saying it’s okay to have moments when you are going to fall on your face,” he says.

He finds it helps him to actively breathe and ground himself in a neutral place before he walks on stage. “I have to ground myself into the world of the play,” he says. “I have to release what Jamar the actor is bringing and pick up what Cory is feeling.”

There are a lot of emotional ups and downs in the play that Jones has to navigate as Cory. “Cory is an athlete and there are tense moments coming from his father, Troy, trying to block him from being an athlete. The opportunity for a football scholarship to college means everything to him,” he says.

Jones’ parents have always been supportive so he thinks about “what it would feel like to take those things away from me,” he says.

In the show he is working with two actors making their Richmond debut – James Craven, who stars as Troy Maxson and Lisa Strum as Rose Maxson. “Both actors who play Troy and Rose have extensive careers and bring impressive resumes,” says Jones. “Actors who have ties to this work make me want to be better.”

When he’s playing an emotional role the energy on stage can sometimes linger. “It takes a moment to unwind,” he says. “I take some deep breaths and I get into my clothes and take off what the character is wearing.”

Food is his comfort after a show. His favorites: a large order of McDonald’s French Fries and an Oreo McFlurry. “That’s my guilty pleasure right now,” he says.