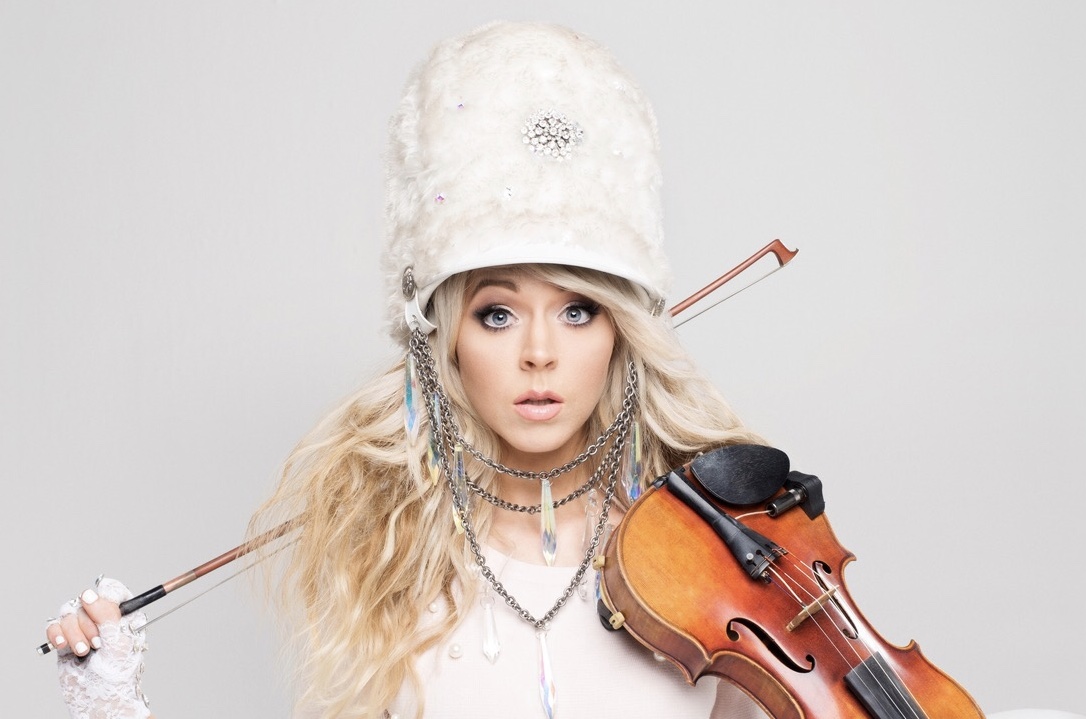 A petite firecracker with a fairylike, electrified style, violinist Lindsey Stirling thrives on challenging herself, both personally and professionally.

“I’m not afraid to do new things,” says Stirling who has almost ten million YouTube subscribers and around two billion views on her YouTube channel. “For my last album I did pointe ballet in my video. I took pointe ballet lessons and pushed myself. It’s important to push yourself and try things.”

Because she is so unique, people tend to judge her when she tries new things. That’s a common occurrence when “you are an artist,” she says. “It’s hard not to be offended when people criticize or judge you, but you have to stay true to the person you are and not be afraid to try new things. ”

Stirling began building her fan base when she started her YouTube channel in 2011. “Immediately, people started watching it. I started to realize people enjoyed what I was doing,” she says, adding the views jumped from hundreds to thousands in a short time. “It was crazy to me. It escalated very quickly.”

The turning point, she believes, was her Legend of Zelda video where she plays a duet with herself. Her career skyrocketed with the release of her self-titled debut album in September 2012. The album shot to the number one spot on Billboard’s Dance/Electronic chart as well as its Classical Album chart and earned her a 2014 Billboard Music Award nomination.

She released her second album, Shatter Me, in 2014 and followed that with the release of her first book in 2016, a memoir called The Only Pirate at the Party, which she co-wrote with her sister Brooke Passey.

Stirling became interested in the violin because of her parents’ love for classical music – the music played throughout their Arizona home. “I was exposed to that world early on. As a child, it felt magical,” she says. “I started asking for violin lessons when I was six years old. I fell in love with the violin through different stages in my life.”

Somewhere along the way, however, she lost her passion for playing the violin. She regained it when she was in college. “I started to try and make it fun again,” she says. “I discovered my passion in a new way. It became my expression, my creativity.”

She began adding movement and fun, funky costumes to her videos. “It became a world for creativity and it was limitless,” she says.

Keeping everything fresh and new can be challenging for Lindsey, but that doesn’t stop her from taking risks. One of those risks was agreeing to be a contestant on Dancing With The Stars in 2017. “It was a dream come true,” she says. “I always wanted to take dance lessons, but I couldn’t do both violin and dance lessons.”

She loved being on the show, but admits it was demanding because of the rigorous schedule and the physicality involved. “As an adult, you don’t get many opportunities to slowly invest in a new talent and learn an amazing new skill,” she says. “It was really difficult, hard, and exhausting to keep up with my tour and dancing. I didn’t sleep for months.”

Stirling now knows how to listen to what her body is telling her, but that hasn’t always been the case. As a kid she struggled with body image and anorexia. “I have memories of me feeling fat as a child,” she says. “I didn’t realize I had anorexia until I was in college. It went from body image issues to being out of control. I lost a massive amount of weight. I was counting calories.”

She became depressed and began to hate herself. “It was severe before I realized I had a problem,” she says. “It was terrifying, but also liberating. I realized there was a reason I hated myself.”

She began to understand that she wasn’t worthless. It was her anorexia that was the problem. “I now understand myself really well. I understand my own happiness,” she says. “I have tools to recognize when I go to a place I don’t want to be.”

Today, Lindsey does motivation speaking on overcoming challenges and failures. “I talk to teens,” she says. “I have experienced anorexia and that’s a huge part of my story.”

Her talks also focus on making yourself unique and knowing that you are always enough. “My stories are of chasing fame early in my career and feeling like I was never enough,” she says. “You realize you have to believe in yourself. Worth has to be earned and learned from a different place. It’s about understanding yourself and finding happiness in yourself.”

Stirling will bring her high-energy show, The Wanderland Tour, to Altria Theater on Dec. 19 at 8 p.m. and perform songs from her newest album, Warmer In The Winter (Deluxe Edition).

“I loved making the Christmas album,” she says. “I wanted to find my favorite classics and make them new to me. I wanted to make it feel like me and I think I found a good balance. I love performing the album live. It’s a great expression of Christmas for me. It’s joyous and happy. It has a whimsical side and a spiritual side.” 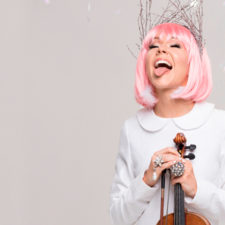 Lindsey Stirling is in concert at Altria Theatre, Wednesday, December 19, at 8 p.m. For tickets, go here.