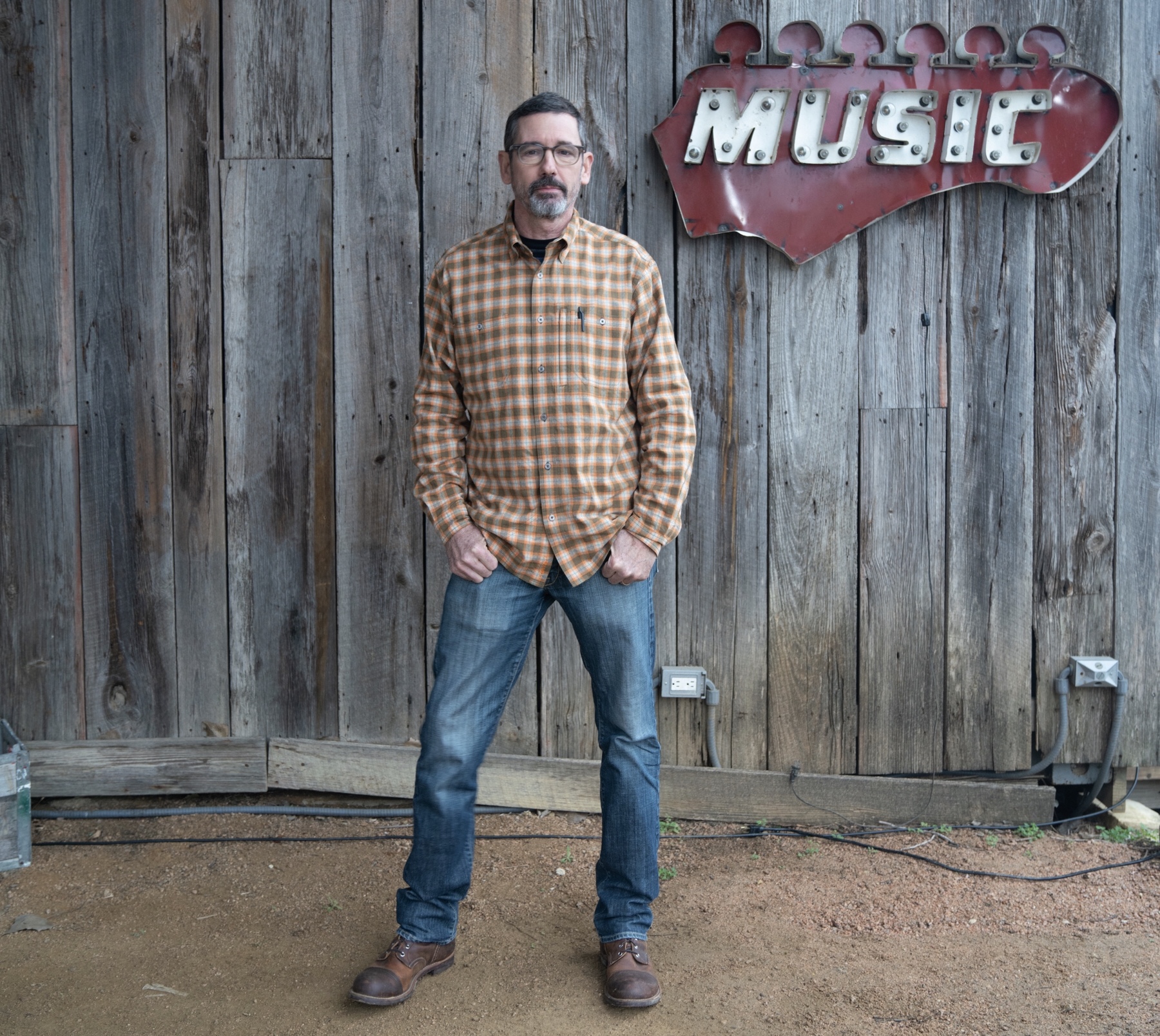 Trying to put a label on Tuffy Stone is difficult, to say the least. Most people know him as a 6-time World Barbecue Champion pitmaster and a reality television star. But Stone, a veteran, is also a classically trained chef. And now, he’s working with two of his idols – Iron Chefs Bobby Flay and Michael Symon – on Food Network’s new show BBQ Brawl: Flay V. Symon, premiering this Thursday night at nine.

“I have so much respect for Michael and Bobby,” says Stone. “When the Food Network shared what the show would be like, I was jazzed about it. I knew I would be happy and have fun being on either team.”

The 4-episode show has Flay and Symon coaching eight of the country’s most respected BBQ challengers for bragging rights at the Star Hill Ranch in Austin, Texas. A panel of judges – grilling experts Moe Cason, Chris Lilly, and Amy Mills – decide which chefs will go home and which will stay for another challenge.

“Bobby and Michael are mentors to us,” Stone says. “They are able to help with strategies. They are such amazing chefs. They are so impressive. The show makes me respect them more.”

Each week, two of the eight contenders are sent home. In the end, one competitor will earn the title of “Master of Cue” and star in their own digital series on FoodNetwork.com.

The premiere show, titled Backyard BBQ, has the eight contenders serving up backyard barbecue dishes to the judges. “Bobby has a fascination with grilling and cooking with fire that I can relate to,” Stone says. “Michael has a great barbecue concept.”

Every week on the show is a different challenge with pantry and time limits. “It’s fast moving. You have to think on your feet,” Stone says. “We didn’t know what was going to be in the pantry or what the challenges would be. You just hope you are prepared for whatever comes your way. I think it’s going to be a great show.”

Stone is a well-known and respected chef in Richmond whose interests swirl around a blend of his French culinary technique, southern food, and barbecue. He and his wife, Leslie, founded the highly successful catering company, A Sharper Palate, in 1993.

“I travel all over the country, but when I’m here, I am at A Sharper Palate,” he says.

“My dad is on my Cool Smoke crew when I am competing,” Stone says. “He loves being part of the team. He gets up early in the middle of the night and lights the fire and puts the meat on. We do this as a father and son team.”

Stone looks at grilling as a yearround venture, but he says, “A lot of people think of it as more seasonal.”

His life now is moving along at a fast pace. For the past three years, he’s cooked dinner at the prestigious James Beard House in New York City. He’s released a cookbook, Cool Smoke: The Art of Great Barbecue, has a new line of rubs and sauces (available on his website, coolsmokebarbeque.com, barbecue stores and Belmont Butchery at the moment) and is traveling the world, from Europe to Australia, teaching others about cooking with fire.

Stone also served as a judge for Destination America’s Barbecue Pitmasters for five seasons. “Being on the Food Network is a positive for me,” he says of the new show. “In the world of television this was just a breath of fresh air for me.”