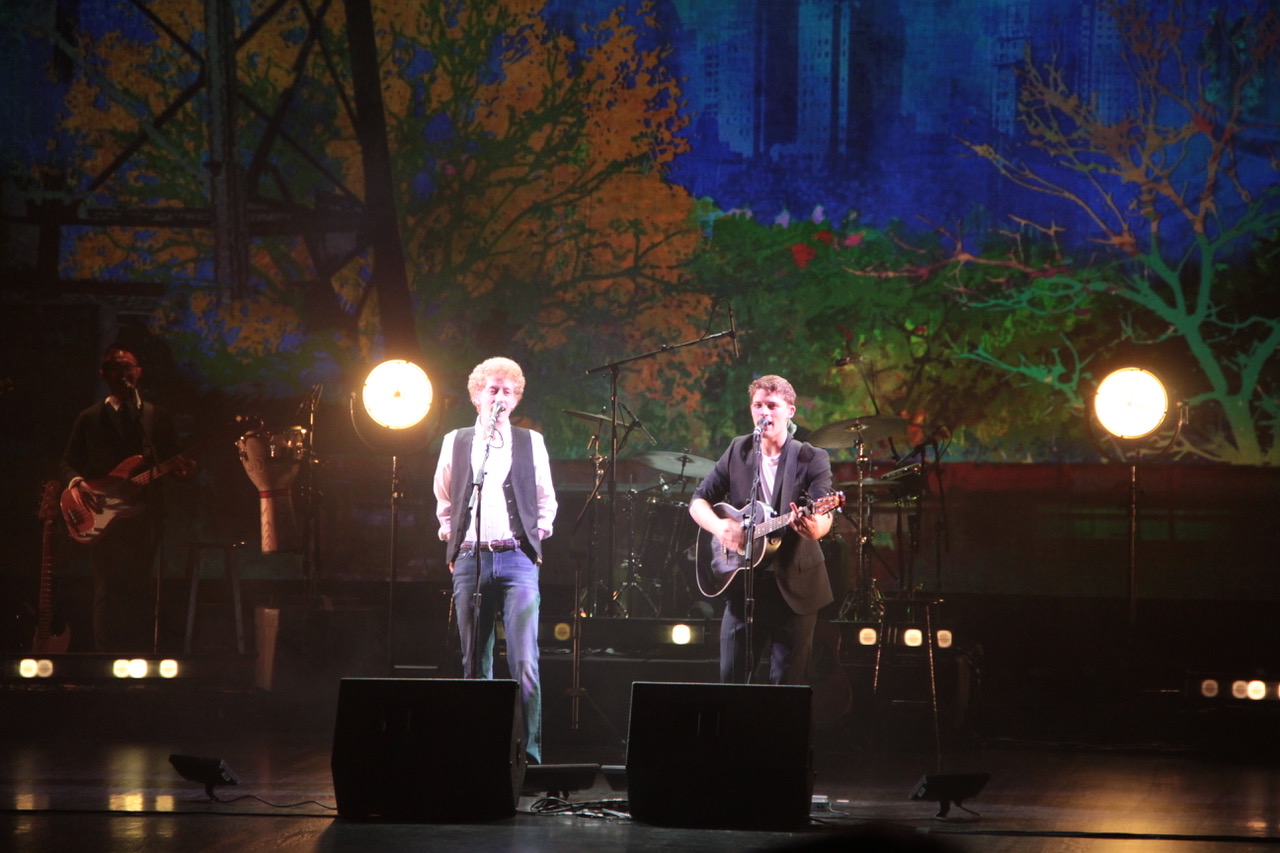 Andrew Wade was familiar with the biggest hits of the legendary folk-rock duo Simon and Garfunkel, but he didn’t know their backstory until he was tapped to play Art Garfunkel in The Simon & Garfunkel Story. 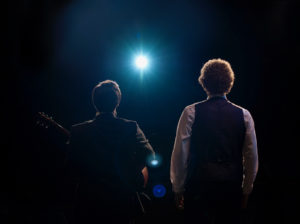 The immersive concert-style theater show, which plays Carpenter Theatre at Dominion Energy Center on Thursday, January 9, at 7:30 p.m., tells the story of Simon and Garfunkel from their humble beginnings as Tom & Jerry to their success as one of the best-selling music groups of the 1960s and their split in 1970. It culminates with the famous “The Concert in Central Park” reunion in 1981 with more than half a million fans in attendance.

With more than 100 million album sales since 1965, Simon and Garfunkel was one of the most successful folk-rock duos of all time. Over the years, they won ten Grammy Awards and were inducted into the Rock and Roll Hall of Fame in 1990.

Wade auditioned for the role after seeing the audition notice in New York and found it fit him “very well vocally,” he says. “I love the music. It’s such a wonderful show to do and I perform with such great people. That makes it very easy.”

Before taking the stage for the first time, Wade scoured over interviews with Simon and Garfunkel together and each individually from their start in the 1960s to their Central Park performance.

“It’s important to me to understand the person I am portraying. Finding the mannerisms and finding out who they are is important to me. Both guys are very deep,” he says, adding that hearing them talk about their lives and how they view themselves was valuable.

In one of the interviews he watched, Garfunkel was asked when he realized he had something special vocally. “He answered when I was four or five years old,” Wade says. “I thought that was telling. That is someone who never doubted in his life that he was meant to do this. He knew he was sharing his gift.”

On stage, Wade and his co-performer George Clements tell Simon and Garfunkel’s story in third person. But when they perform thirty-one of the duo’s songs, they are portraying the legendary singers.

“I really try to keep it as true to Art as far as my interpretation of him goes,” Wade says. “It’s not really about me. It’s about channeling his essence and vocal ability. It’s really about creating that Simon and Garfunkel sound, rather than doing your own thing.”

Wade, who started with the show in September, is pleased with the audiences’ reaction to the production. “Audiences love it. It’s been very well received,” he says. “Most people don’t know about their personal lives or the journey they have been on. It’s nice to see the humanity, and the show is a good balance of their hits and deeper cuts.”

Wade is having a great time on tour, he adds. “Everyone is so lovely and easy to work with. It’s important to everyone to make the show as good as it can be.”