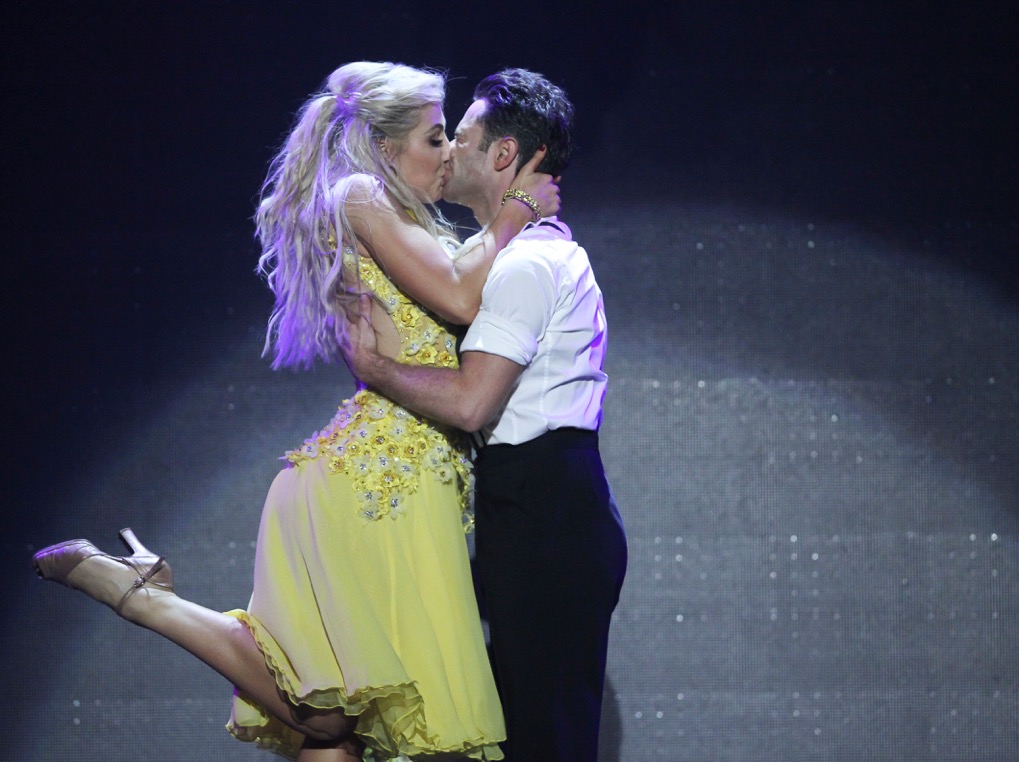 When I caught up with them, Dancing with the Stars pros Emma Slater and her husband Sasha Farber, were breezing through a mall in Chattanooga, Tennesee, spending some time together with Ruby, their rescued longhaired Chihuahua, before joining their castmates on the touring show, Dancing with the Stars: Live! A Night to Remember.

The two lovebirds like to walk around the cities they visit and explore.

“Once you are doing the TV show, you never get to see the fans,” says Farber, explaining why he enjoys the tour so much. “It’s so nice to meet the people and give back and take photos with them. It’s a rewarding feeling, something we really look forward to.”

The couple will visit Richmond when the Dancing with the Stars tour comes to Altria Theater on January 2 at 7:30 p.m.

This year’s tour features the largest collection of stars from the TV show. The cast of celebrities includes nationally syndicated radio personality Bobby Bones, Bachelor in Paradise favorite Joe “Grocery Store Joe” Amabile, Fuller House actor Juan Pablo Di Pace and Disney star Milo Manheim. Each night, one of these celebrities will be joining the show in selected cities to perform fan-favorite routines from the most recent season. Richmond audiences will see Milo Manheim in action.

Slater and Farber are audience favorites from the show. The two met when they both appeared in the Broadway production of Burn the Floor. “It was a dream come true to work on Broadway,” Farber says. 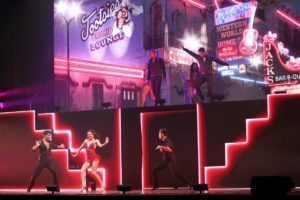 The two were best friends for two years. “She had a crush on me. Let’s be honest,” jokes Farber. But six months before Farber signed with Dancing with the Stars in 2012 for season thirteen, the two got together as a couple. “When they took him on the show, I thought we wouldn’t be a couple because I was touring and he went to Los Angeles but he said he didn’t want to end this,” recalls Slater.

Farber was able to set up an interview for Slater with the television show. “They told us both to come on the show and be in Los Angeles,” says Slater who joined the cast of Dancing with the Stars in season fourteen.

The two have been together ever since. “We get to share all these special moments together and do what we love with the person we love and that is the best part,” says Farber. “It’s a true love story.”

While they didn’t advertise their relationship with the world at first, Farber decided it was time to take a bold step and propose to Slater on air during the show. Only a few people knew that Farber was going to pop the question after their dance.

“We really wanted to keep it a surprise,” he says. “We didn’t do it in the dress rehearsal. “

Farber had the ring in his back pocket for the dance before his big move. “She grabbed my bum and I moved her hand,” he says with a laugh.

It was a very touching moment for the couple as well the cast and the audience. “The show is very special for us,” Farber says. “A lot of things have happened on the show and it has changed our lives.”

“Our engagement was the most phenomenal experience to share with everybody,” Slater adds. “Everybody was able to watch and feel they were part of it.”

This year’s touring show will be very different than last year’s tour with a lot of new dances the couple says. “Emma and I have a special dance that tells how we met and where we are now as a married couple,” Farber says. “After the dance, the audience is cheering. It’s an amazing feeling.”