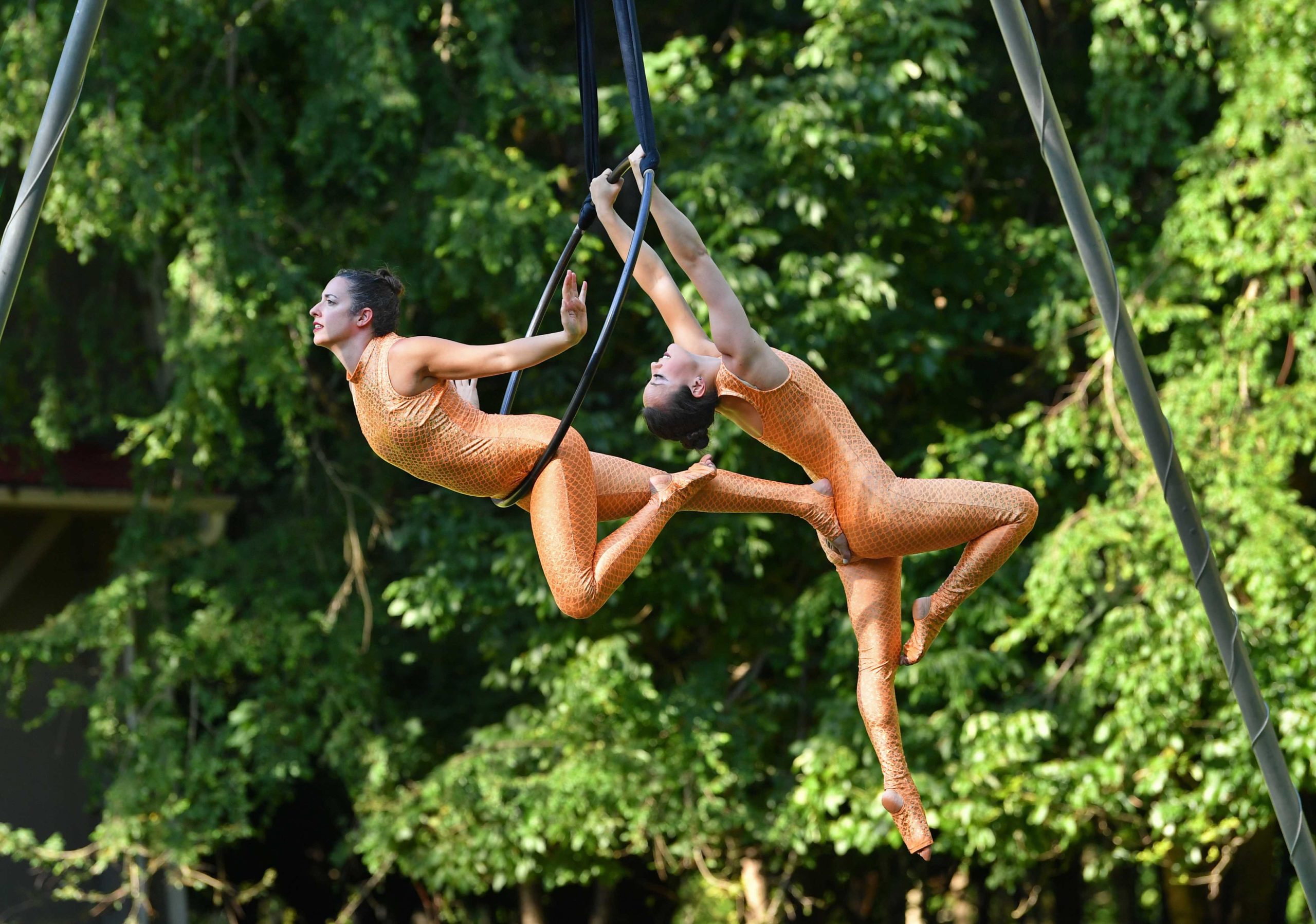 Dogtown Dance Theatre is on a mission to grow and expand by helping regional artists build their audiences in Richmond. That’s just what they are doing this weekend with the performances of the Charlotte, N.C. -based aerial dance troupe, Caroline Calouche & Co.

Shuttered for a year by the pandemic, Dogtown began presenting live presentations last month, starting with the Richmond Dance Festival, one of the main programming initiatives of the dance organization. The festival features local and regional dance artists, as well as international dance film artists and supports the organization’s mission to be a home for independent artists.

Caroline Calouche & Co. and Company | E, a contemporary repertory dance group from Washington, D.C., had performed in the festival in the past. 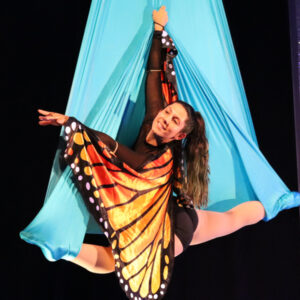 “Caroline and I have known each other several years,” Burgess says. “They have been doing outdoor performances in Charlotte in light of COVID restrictions. Once things opened up, we wanted to have them perform here in a fully produced show with lights, sound, etc. ”

Dogtown’s dance space is located in the former Bainbridge Junior High School Gymnasium, built in 1939. “It has 20-plus foot ceilings, which allows for aerial hanging,” Burgess says. “We are one of the few venues in Richmond that has that type of permanent grid installed.”

Areal Shows on Tap at Dogtown

Random Acts of Kindness, is a “feel good show with aerial work. The cast will demonstrate their love for each other and the audience through their impressive skills in dance and circus acts,” Burgess says.

The high energy circus and dance show, Animalia, being presented on Saturday, takes families on an adventure across the globe to learn about kolas, panthers and butterflies. “It’s a show for the entire family,” Burgess says, adding that each show this weekend is one hour long.

“Everything is now available on the streaming platform,” Burgess says. “You can rent the shows one week after they close.”

She is thrilled with the shows being offered this weekend and hopes families will appreciate the skills and exuberance of the performers. “I have seen both of these shows and they are phenomenal,” she says.

For more information on the shows and tickets, go to Dogtown Dance Theatre. Tickets will also be available at the door.