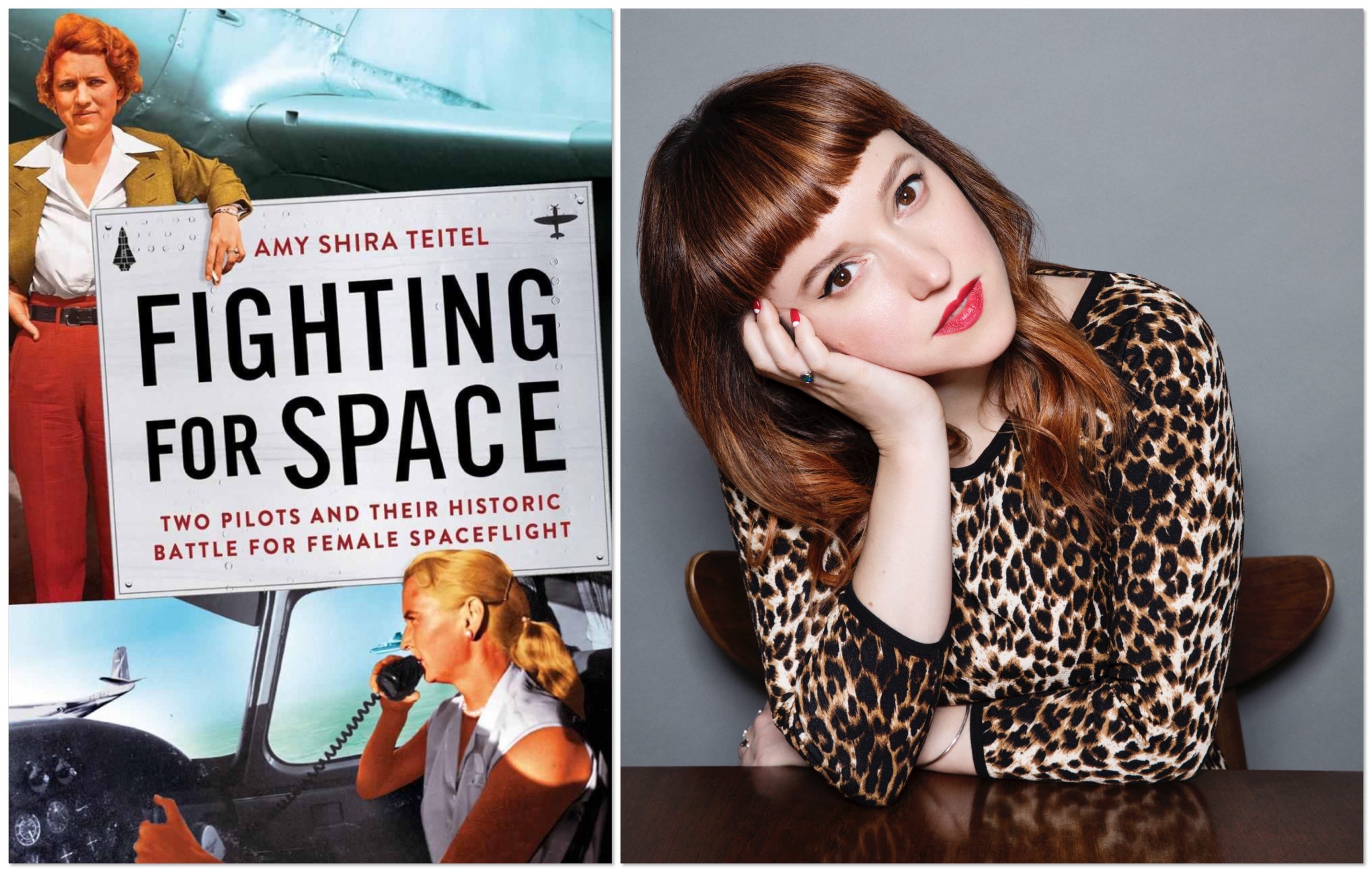 Amy Shira Teitel believes there are many things we can glean from early space history.

“There are endless lessons to take inspiration from in the era from the mid-1950s to the 1960s,” says Teitel, a spaceflight historian and author of Fighting For Space: Two Pilots and Their Historic Battle for Female Spaceflight, released in February.

Because of COVID-19, she has found six astronaut-tested tips to help you navigate the unknown, overcome fear, and survive a pandemic, ranging from being adaptable to staying close to family and friends while social distancing. (See full list below)

“My two favorite tips are staying connected and looking to the future,” says Teitel. “We won’t be stuck in this forever. You can’t get bogged down in feeling hopeless. There will be a way out of this. You have to honor the good days when you do feel like there is a a light at the end of the tunnel.”

Space is a childhood fantasy for Teitel, a native of Toronto, Canada. She first read about NASA astronauts in the second grade. She was fascinated by the movie Apollo 10.

In college, she learned she could marry the study of history with science and technology. She turned that interest into a master’s degree in the history of science and technology. “It helps you understand the role scientists played in society,” she said. “It’s a broad look at human history through science, a unique way to look at things. It’s not a common degree.”

Because of her knowledge of the first era of spaceflight, she became interested in the

Mercury 13 story regarding thirteen women who took the astronaut test during the Mercury program, but didn’t fly in space. “I have known this story for a while. I started digging into it because it didn’t sound right to me,” she says.

Teitel wanted to tell the real story because it’s “just so interesting,” she says. “It’a a multi-faceted story, very complicated. It really is Jackie Cochran’s story. She’s one of the most natural pilots.”

Cochran, a pilot and business executive, set numerous records and was the first woman to break the sound barrier in May 1953. She and aviator Jerrie Cobb, who also had a record-setting career, were both involved in putting women in space.

“Jerry wanted to fast track women, and Jackie wanted a comprehensive testing program. She wanted to do all the legwork,” Teitel says.

Fast forward six decades and spaceflight is still a male-dominant world, partly due to a societal tendency to not encourage girls to pursue science as a career.

“Girls are often told through friends and media that being pretty is better than being smart or being a science nerd,” says Teitel. “So what you end up with is a large male-dominate pool. Science skews far more male. There is still a discrepancy. We need more representation for women in science.”

Make Your Own Path

Teitel believes it’s incredibly important for young girls “not let anyone discourage them from pursuing what they love. Not to give up, prove to themselves you can do whatever you set your mind to do,” she says. “Maybe you love or want to be an astronaut. That may manifest into being an engineer or something else. Don’t give up in those fields.”

Some people think women can’t be feminine and be smart, she adds. “Why can’t you be both? Jackie Cochran had a large luxury cosmetics company.”

Teitel does have the desire to go into space and hopes after a few years, some of the sub-orbital space companies will lower their prices for a flight into space. “I think it would be such a special thing to see the curvature of the earth. It’s something so few people have experienced, and we are all fascinated with,” she says.

She wants to give girls interested in science hope and inspiration. “Don’t ever think you need to pick what part of yourself you want to honor,” she says. “Don’t let anybody ever tell you how you approach what you love.”

Here are Teitel’s six astronaut-tested tips for navigating the unknown, overcoming fear, and surviving a pandemic.

1. Prepare like an astronaut. When the space age began in the late 1950s, NASA had to figure out what challenges and dangers astronauts would face – fast – with the understanding they wouldn’t be able to control everything. Astronauts need to react quickly, without creature comforts, and with limited social interactions and uncharted risks.

2. Stay Calm Like an Astronaut. For the nation’s first astronauts, mental fortitude was mission critical. They weren’t considered astronaut material if they couldn’t stay calm when faced with the challenges of space flight.

Survival Takeaway: Pay attention to your mental health. Take time for yourself, and even find a new practice to help cultivate a healthy headspace.

3. Sanitize Like an Astronaut. Astronauts have limited medication and water on board. To prevent astronauts from getting sick in space, NASA quarantines all crews, typically for a period of two weeks, before a launch. What’s more, all robotic missions have to go through intense sanitation before a flight.

4. Stay Connected Like an Astronaut. On Apollo missions, ground crews kept the astronauts connected to Earth by relaying messages from their families and reading up daily news headlines, with a special emphasis on sports scores.

Survival Takeaway: Stay close with family and friends while social distancing. Take advantage of group chat tools like Zoom. Pick up the phone. Make time to talk and really listen.

5. Stay in the Moment Like an Astronaut. Astronauts get to see our planet from orbit, a stunning view most of us will only ever see in pictures. They take the time to appreciate where they are in the extraordinary moment, even if those moments for reflection are rare.

COVID Takeaway: Focus on the positive side of sheltering in place or working from home. Seize an unprecedented opportunity to enjoy your family. Cook meals together. Play games.Turn off the TV; put down your phone. Set aside time each day to just be present. In retrospect, you just might discover how truly fortunate you are!

6. Look Toward the Future Like an Astronaut. Astronauts are trained to adapt to any situation, to trust their training, their crewmates, and their support teams to work any problem and come up with sometimes life-saving solutions.

COVID Takeaway: When the world seems bleak and your future feels uncertain, know that there’s a light at the end of the tunnel. Trust your instincts, lean on friends and be excited for the day big group gatherings will be safe again.