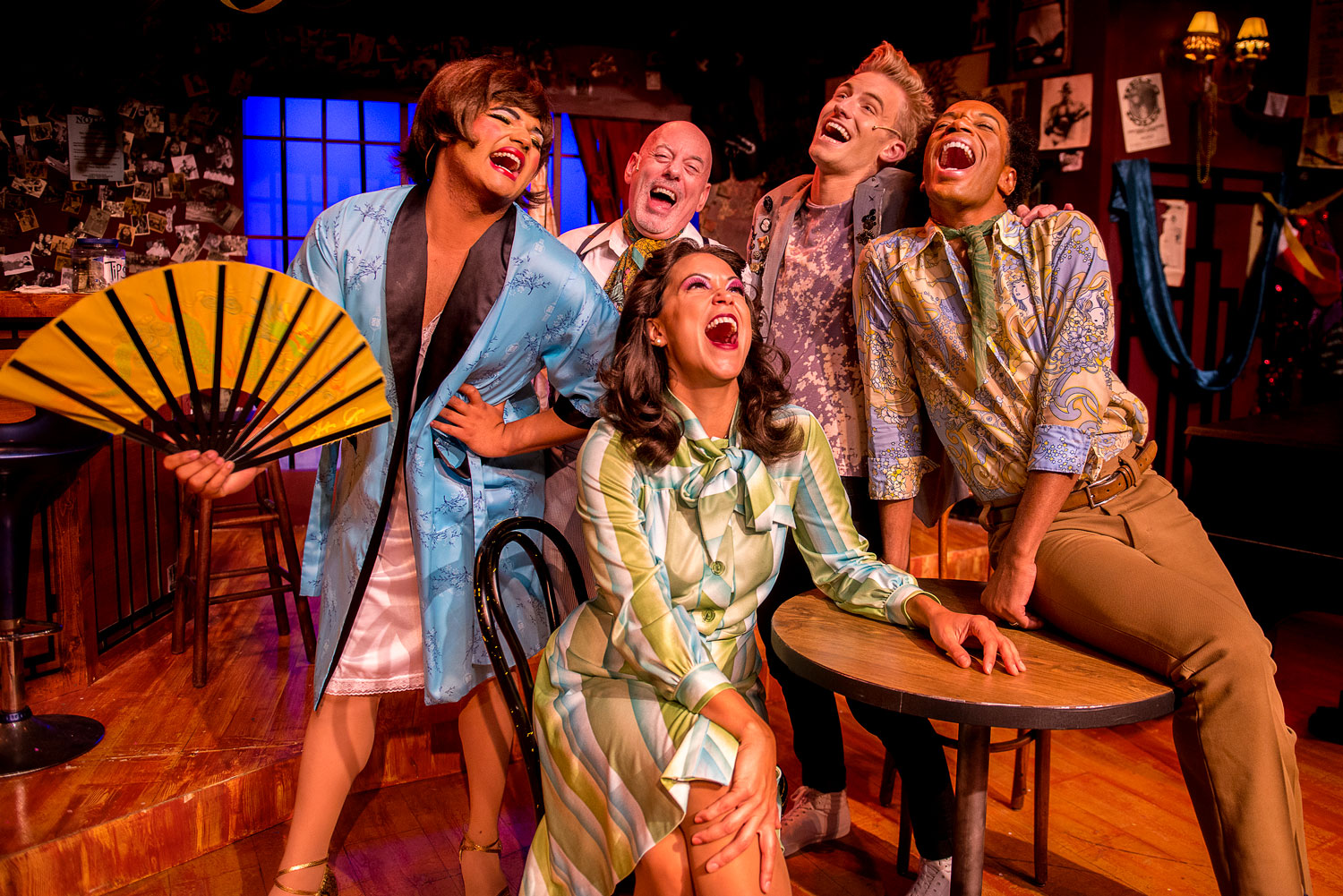 For some people, The Rocky Horror Show walks the line between love and hate. And, with the entire run of the production sold out at Richmond Triangle Players, it’s obvious that love is in the air here in Richmond for this cult musical.

The far-fetched parody of older science fiction flicks and B-movies is about Brad and Janet, an engaged couple that gets stranded when the car they are driving breaks down. They are taken in by aliens or Transylvanians as they call themselves who follow the commands of Frank ‘N’ Furter, a sensual creature that has his way with anyone and everyone, including Brad and Janet. Brad and Janet arrive when Frank is in the midst of creating his perfect man – Rocky.

The play is very interactive, especially for diehard fans who toss out toast and confetti during specific lines in the show and know every move to The Time Warp.

Director Michael Hawke has done real justice to the musical through his casting and staging.

Levi Meerovich who plays Riff Raff, handyman and butler, shakes the rafters with his rock vocals. Luke Newsome (Brad) and Madeleine Witmer (Janet) both deliver solid performances that really light up the stage. They take their characters through their odd transformation with finesse.

Jim Morgan who plays Frank ‘N’ Furter is perfectly cast and absolutely amazing. I had seen him in the same role at Barksdale years ago and thoroughly enjoyed his performance then. He steals the show.

The Rocky Horror Show is a fun, wacky, out-of-this-world experience, literally. It plays through October 26 At Richmond Triangle Players, but it’s sold out.