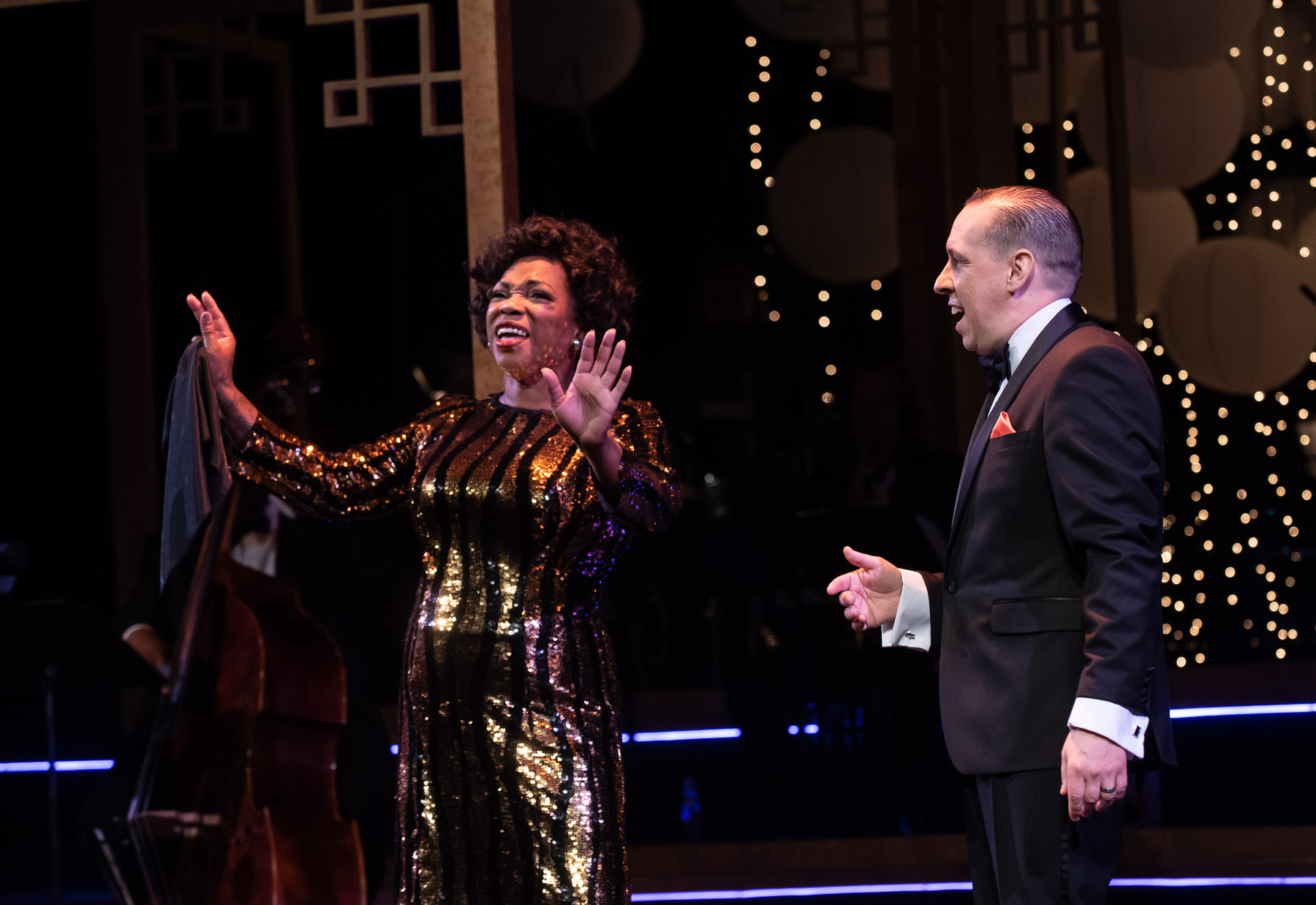 I don’t know what I expected out of Ella and Her Fella Frank beyond a few smiles, but I came away with aching cheeks and a full heart. In this concert from heaven, Desirée Roots and Scott Wichmann have a blast while singing more than thirty songs as Ella Fitzgerald and Frank Sinatra respectively. And they bring the entire audience along for the fun! Over the years, I have adored both of the stars of the show, running at Virginia Rep’s November Theatre through September 12. Their chemistry alone is enough to carry the musical even if you aren’t a huge fan of the jazz classics. Add to that the charismatic seven-member onstage orchestra that doesn’t miss a beat and you have the most elegant jukebox musical Richmond has ever seen.

Gloriously talented local playwright Bo Wilson adapted this 2021 script for the musical of the same name by Randy Strawderman which originally ran at Barksdale Theatre in 1999. Wilson’s updates are just right for Virginia Rep’s first show at November Theatre as we all try really, really hard to put the pandemic in the rearview mirror. Wilson’s work places us squarely in a combination of heaven and the dawn of a new season for arts lovers. As Wilson explained, “Frank and Ella begin the evening a bit confused; there are things they can’t remember, things they’re not sure of. But the music leads them to remembering – remembering how to live fully in the environment of music, and how to give themselves to it without any hesitation. The music IS heaven, helping them to have faith in who and what they are.”

I caught a Sunday matinee – not the best time to lose yourself in the the arts if I’m being honest – but for about an hour-and-a-half, I was transported. When I commented later about the positive energy of the show (especially for an afternoon performance), Wichmann replied: “The connection with Desirée Roots every day is just so strong, I just stand in awe of her monumental talent. And the band is so incredibly tight. I always feel like there’s no place I’d rather be and nothing I’d rather be doing.” That vibe shines through!

Blue Skies, The Lady is a Tramp, Mack the Knife, Night and Day, My Kind of Town (Chicago), Take the A Train, I’ve Got You Under My Skin, Our Love is Here to Stay, Theme from New York, New York, and It Don’t Mean a Thing if it Ain’t Got that Swing are just a few of the popular tunes you will hear. 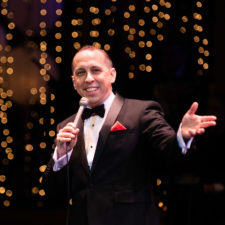 Listening to these songs in a movie score or on an oldies radio station would be enough to conjure the jazz era, but when songs made famous by Ella and Frank are performed with such joy, love, and precision by Roots and Wichmann, you feel as though you’ve traveled back in time.

Roots was in fabulous musical form for every number and especially as she demonstrated Fitzgerald’s signature scatting technique. Both actors’ comedic build-up to Wichmann’s New York, New York late in the show was almost as satisfying as the dynamic Sinatra-styled version of the song itself. 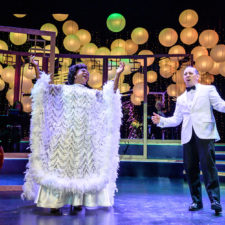 Special commendations go to Sue Griffin and Keith Walker for costumes. Although there wasn’t a need for wardrobe changes during the one-act show, Roots looked absolutely stunning in all her iterations of glamour.

It has probably been said a million different ways by now, but this is the production we all need from Virginia Rep to jazz up our summer and get us looking forward to better days ahead.

One act with no intermission, Ella and Her Fella Frank: A Concert Made in Heaven continues at Virginia Rep’s November Theatre through Sunday, September 12. For tickets, showtimes, discounts, group pricing, and new safety protocol related to vaccination, visit virginiarep.org.