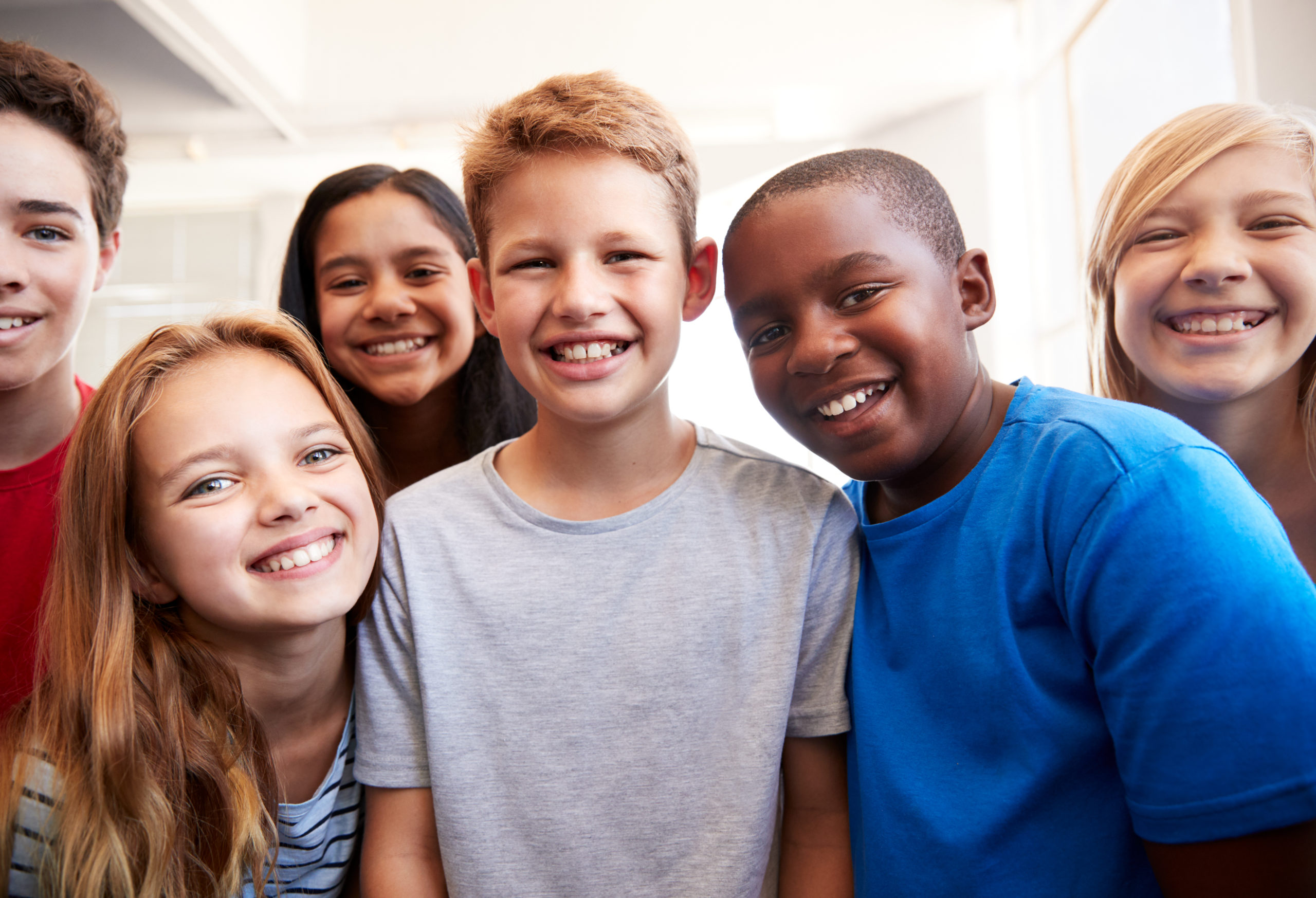 As a political science major in college, I was always interested in the intersection of public health and women’s healthcare. In 2006, I became fascinated by the new development of the only vaccine in the world created to prevent a cancer: the human papillomavirus (HPV) vaccine.

Such an advance in science seemed like it would be warmly received in the United States, where we have spent decades trying to find the silver bullet to cure cancer. Yet I was surprised to find that many parents were apprehensive about getting their children vaccinated. When the Virginia General Assembly passed a mandate in 2007 for rising sixth-grade girls to receive the HPV vaccine, some parents opted for an exemption.

Fast forward to 2021: the HPV vaccine is now recommended for cancer prevention in both males and females. Effective July 1, the Virginia Department of Health requires a complete series of two doses of HPV vaccine for all students (not just girls) entering the seventh grade. There is still an opportunity for exemption: If parents or guardians have reviewed educational materials approved by the Virginia Board of Health, they may elect for their child not to receive the HPV vaccine.

Now with parents of pre-teen children of all genders faced with the decision to vaccinate their child against HPV before school starts this fall, I’d like to answer some frequently asked questions in hopes of helping them make a more informed decision.

The human papillomavirus (HPV) is the most common sexually transmitted disease in the world. Prior to the introduction of the HPV vaccine, 80 percent of all women were exposed to HPV at some point in their lives. This infection carries with it a risk of progression to genital warts, cervical cancer, vaginal cancer, and vulvar cancer in females, as well as genital warts or cancers of the back of the throat, anus, or penis in males.

Is the HPV vaccine effective?

We now have more than fifteen years of data confirming what we knew in 2006:  that the vaccine is remarkably more efficacious in preventing HPV-related disease than we first realized. In fact, Dr. Kelly Goode, a vaccines expert and director of the community-based residency program at the Virginia Commonwealth University School of Pharmacy, confirmed that in the US, “the disease declined 86 percent among women aged 14 to 19 within 10 years of the vaccine’s introduction.”

Is the HPV vaccine safe?

All approved HPV vaccines have been proven to be safe in large clinical trials both before and since their approval on the market in 2006, which have included more than 60 million vaccinated individuals. Based on data collected throughout the world on these vaccines, the World Health Organization Committee on Vaccine Safety reiterated that these vaccines are safe and beneficial in its 2014 review, and that assertion has held since.

At what age should the HPV vaccine be received?

the body is ever exposed to it, which is why it works best if given before the onset of sexual activity. Furthermore, according to the American Cancer Society, research shows that younger people have a better immune response to the vaccine than those in their late teens and early twenties. For this reason, the vaccine can be administered as early as age nine and is recommended to be administered between eleven and twelve years of age. For those who did not receive the vaccine during this time period, catch up vaccination is still recommended for individuals ages thirteen to twenty-six.

Is it too late to receive the HPV vaccine as an adult?

For those who have not yet received the vaccine but have initiated sexual activity, it is more likely that they have been exposed to one or perhaps some of the strains of HPV that they would have been protected from had they received the vaccine. However, the vaccine protects against nine strains of the virus and can still provide protection against those strains the individual has never been exposed to. For this reason, vaccination of individuals ages twenty-seven to forty-five has been shown to be safe but less efficacious than vaccination in younger age groups, and, as such, it is not frequently reimbursed by insurance. It is likely that the vaccine is safe and possible that it could be effective for select individuals over the age of forty-five, but this has not been well studied.

What are the side effects of the HPV vaccine?

The most common side effect of receiving the HPV vaccine is temporary pain at the injection site. Though not unique to this vaccine, other less common side effects include headache, dizziness, and passing out.

Can you get HPV if you have received the vaccine?

The HPV vaccine protects against the most virulent strains of the virus that are known to be most closely associated with cancer formation. There are nine strains of HPV in the most common HPV vaccine approved for use in the United States, but there are more than 200 different strains of HPV that we know of. Thus, it is still possible to be exposed to and acquire a strain of HPV that you are not protected from after receiving the vaccine. For this reason, it is still important for women to follow up with routine pap tests to screen for cervical cancer.

What are the symptoms of HPV in females?

What are the symptoms of HPV in males?

Most males who get HPV also never develop symptoms, and there is currently no approved test for HPV in men. The infection will usually go away by itself without any way of knowing it was there. However, if HPV does not go away, it can cause genital warts or certain types of cancer. Symptoms to be aware of are unusual growths, lumps, or sores on the penis, scrotum, anus, mouth or throat. It’s important for males to talk to their doctor if they see any of these symptoms, as routine screening for HPV-related disease in men is not recommended by the CDC before symptoms are present.

Does the HPV vaccine last for life?

Because the vaccine was developed and approved within recent memory, we do not have complete information on exactly how long protection from the vaccine will last. Current studies have shown continued protection against HPV-related diseases for ten years following immunization, and research on the longevity of the vaccine will continue throughout our lifetimes.

Should you get the HPV vaccine if you are married?

HPV vaccination is not mandatory in the United States and should always be a personal decision based on health risks. It is likely not possible to know what your risks for HPV-related cancers may be over the course of your lifetime. Being in one relationship now does not mean that you were not exposed before or during this relationship or that this relationship will definitely be the last one for the remainder of your life. Because the HPV vaccine is known globally to be so safe, vaccination poses a very low risk and for many individuals will undoubtedly provide high reward by preventing cancer.

What is the effect of vaccination on the rates of cervical cancer?

Since its release, the HPV vaccine has been determined to be far more effective than initially thought. In areas of the world with high vaccination rates promoting herd immunity, the incidence of HPV infection and precancerous changes of the cervix has dropped dramatically — not just in vaccinated individuals, but also in unvaccinated individuals, since vaccinated people cannot host the infection or transmit it to unvaccinated partners. This decrease in HPV infection is the first sign that the vaccine may one day be able to eliminate cervical cancer as a public health problem.

The HPV vaccine is available through pediatricians and primary care providers as well as the Virginia Department of Health. Virginia Physicians for Women can also provide the HPV vaccine for our female patients. The American College of Obstetrics and Gynecology recommends girls make their first visit to the gynecologist between ages 13 and 15. You can learn more about adolescent gynecology at VPFW here. Call us at 897-2100 or schedule an appointment online at vpfw.com. 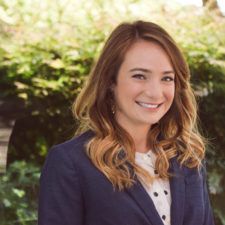 About Dr. Kristen Lewis
Dr Kristen Lewis, M.D., is an OB/GYN at Virginia Physicians for Women who has always been passionate about women’s health care. She has special interests in first time visits, contraception and family planning, low intervention obstetric care, and minimally invasive surgery. Dr. Lewis resides in Church Hill, and she sees patients at the Midlothian Turnpike and Prince George offices of VPFW. To learn more about Dr. Lewis’ practice, go to vpfw.com.