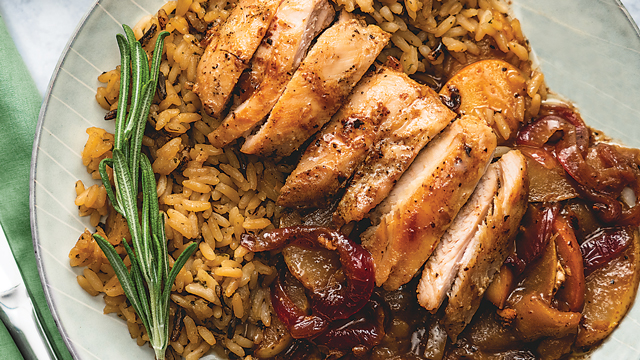 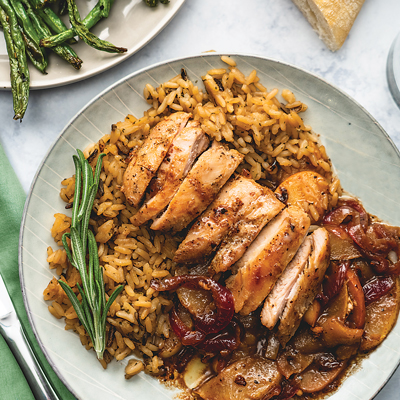 Chicken with Caramelized Apples and Pears

Salt and pepper each chicken thigh. In a large skillet, brown chicken on both sides in butter; remove and keep warm. In the same skillet, sauté onion until tender. Add pear, apple, and brown sugar; cook three minutes longer. Stir in vinaigrette, thyme, and rosemary. Return chicken to skillet and bring to a boil.

Reduce heat and simmer uncovered for 4 to 6 minutes or until chicken juices run clear, measuring 165˚F. Slice chicken diagonally and serve with your favorite rice. Makes four to five servings. 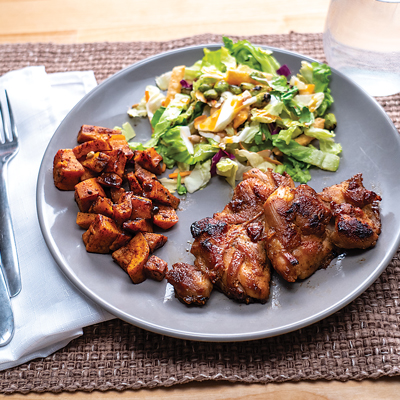 Combine marinade ingredients and reserve about ¼ cup of marinade for basting kabobs on the grill. Cut chicken breasts into 1- to 2-inch pieces. Pour the remaining marinade over chicken and marinate for at least thirty minutes (or up to eight hours) in the refrigerator.

If using wooden skewers, soak in water for at least thirty minutes before cooking. Wash tomatoes and bell pepper and cut bell pepper into 1- to 2-inch pieces.

Construct kabobs alternating between chicken, bell pepper, and tomatoes. Bring grill to medium heat and grill kabobs for four to five minutes with the lid closed. Brush kabobs on both sides with reserved marinade, flip over kabobs, and cook for four to five more minutes, or until chicken is fully cooked (165 degrees). 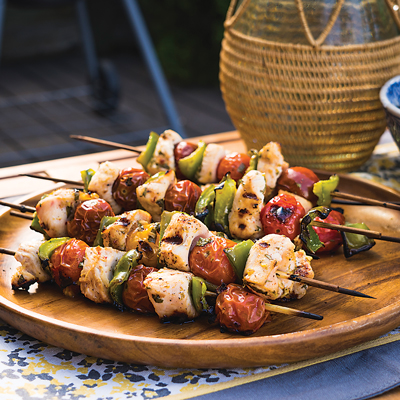 Use a paper towel to pat the chicken thighs dry. Season generously with salt on both sides.

Heat cooking oil in a large skillet set over medium-high heat. When the oil is hot, add chicken thighs. When they begin to turn brown and crispy (after about three to four minutes), flip them over and brown the other side. Pour the maple syrup mixture over the chicken and bring it to a boil. Turn down the heat slightly, and let the maple syrup mixture boil and reduce. Stir chicken around to completely coat in the glaze. When the chicken thighs are cooked through and the sauce is thick and syrupy, remove the chicken from the heat and serve immediately. Makes four servings. 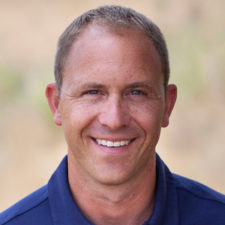 Corwin Heatwole is the founder and CEO of Farmer Focus. As a sixth-generation farmer, Corwin built a lifestyle that embraces family, independence, and ingenuity. In 2014, Corwin started Harrisonburg-based Farmer Focus to help other farmers do the same. He and his wife live in Harrisonburg with their three children. Learn more about Farmer Focus here.