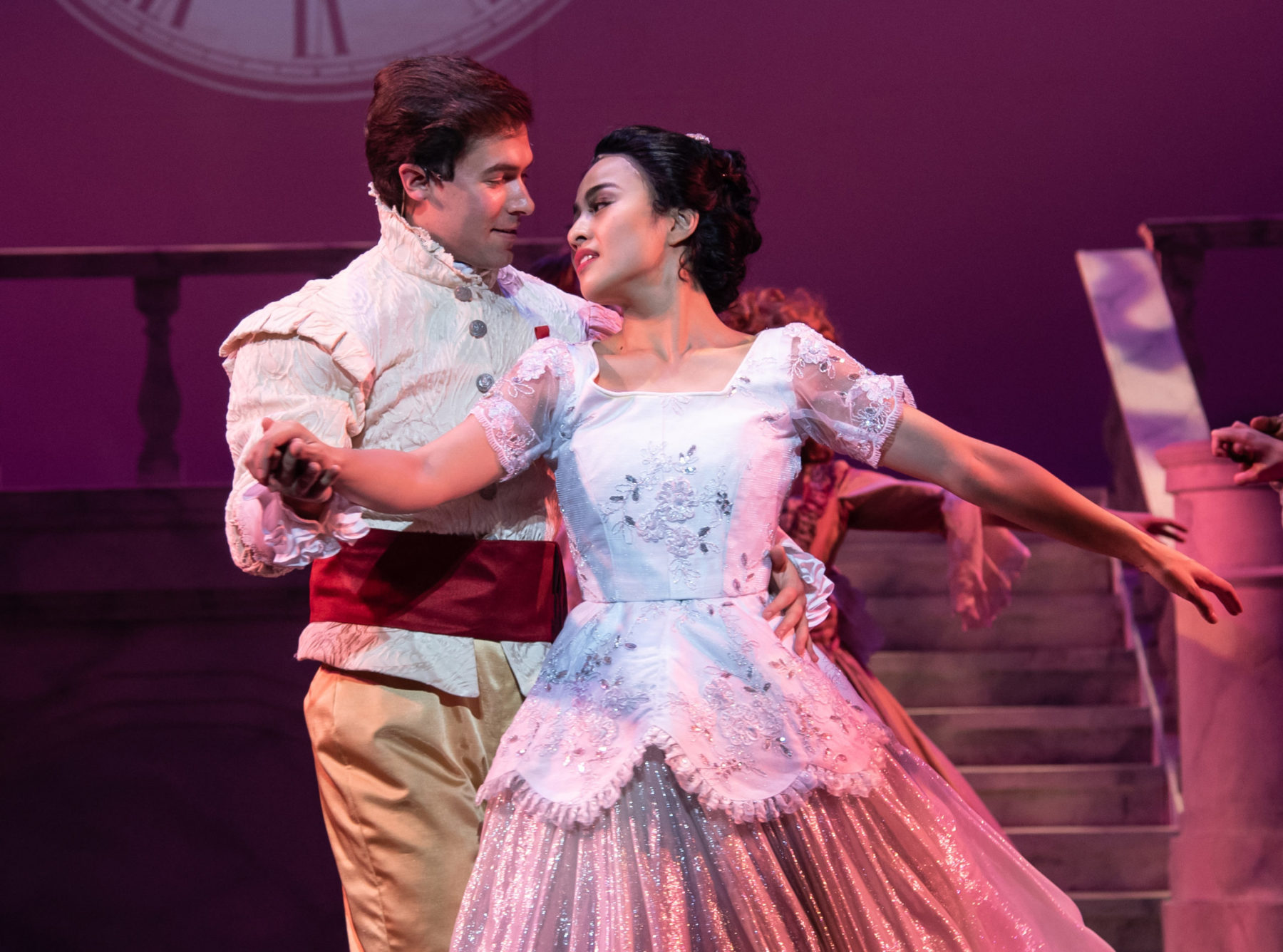 Actress Quynh-My Luu believes the world needs to be reminded of the importance of kindness, and that’s why she wanted to play the role of Cinderella in Virginia Rep’s upcoming production of the same name. “It’s about kindness in the most stripped down view of the show,” says the northern Virginia native. “It’s a heartwarming story.”

Remembering kindness during the holidays is especially relevant in today’s polarized environment “where social and political differences are so emphasized; how people value or perceive others around them,” Luu says.

A 2016 graduate of James Madison University with a degree in musical theater, Luu had never seen this version of the show prior to her audition. “I’m a Disney fan and I love the animated movie of Cinderella,” she says. “In the Disney version, it was love at first sight. If people come into this show having only seen the Disney version, they will be in for a bit of a surprise. A good one.”

The production fleshes out the couple’s relationship in more depth. “It takes a step back and acknowledges that they are falling in love very quickly. It gives them more of a connection,” Luu says. “It gives them something politically that they are both fighting for.”

This version of the production is very different “but very cute,” she adds. “People will enjoy it because all the magic happens on stage.”

While the classic songs from the made-for-TV productions (three in all: 1957, 1965, and 1997) are in this production, the story has been updated and new characters added for this version that opened on Broadway in 2013. That means we’re in for some charming surprises and a few good laughs watching Ella and Prince Topher’s romance play out onstage.

Representation Matters for this Princess

With her role in Cinderella, Luu, who is Asian American, has crossed off two items on her bucket list – to be a princess and to be cast in a non-traditional Asian role.

“I really do think it’s an honor and triumph because I don’t look like the typical Disney Cinderella,” she says. “As an Asian American actress it’s difficult to get these roles. It’s a good opportunity to open people’s eyes and open their perspective to see things differently. People may look different than you or come from different backgrounds, but regardless we are human with human experiences.”

She’s excited that young girls can come to the production and see themselves in her character, hopefully inspiring them. “But I almost hope they come and just see the show and enjoy it,” she says. “It’s more of a triumph if they see it and see a girl going on her journey and experiencing this story.”

The role can be challenging physically because Luu is constantly on stage. “I haven’t had to do that as a lead in while,” she says. “I am really working on keeping Cinderella grounded. I’m trying to find the moment of spunk that she has.”

At first, Cinderella doesn’t believe in herself. She has to find her self-confidence. “It would be easy to slip into Disney princess mode but I don’t want to do that,” Luu says. “I want her to find the fight in her that she doesn’t know she has.”

Maryland native Edward Simon, who plays Prince Topher, is challenged with bringing a character to life that is written as a caricature. “You can’t play it that way,” he says.

The prince is man who is far ahead of his time when it comes to feminism, he adds. “He has an intrinsic understanding of feminism. He knows there is a degree of power behind the female voice that doesn’t have to be earned. He says [to Cinderella] in the show ‘you showed me my own kingdom’ and that excites him. It makes him fall in love with her more. A woman’s power is not remarkable to him at all.”

After delving into the character, Simon isn’t sure how much Prince Topher wants to be king. “The only thing he feels good about is connecting with people,” says Simon. “He brings communication and connection with the people he is in charge of to the job of a leader. He transforms from a ruler to a leader.”

The prince is uncomfortable taking on the power of the throne. “It’s easier for him to stay in the background,” says Simon. “It’s exciting because he does take it upon himself to transform that job into connecting with the people he lives with.”

When he was in college, Simon says he played older men because he looked older to his classmates. “I think I stopped believing I could play roles like this but I am still young and can play the Disney Prince. It’s exciting for me in a youthful way.”

Laine Satterfield​ will direct the production, after most recently appearing on the November Theatre stage as Judy in ​The Curious Incident of the Dog in the Night-Time​. Satterfield directed Virginia Rep’s production of ​Airline Highway ​in 2017, and will direct the upcoming production of Small Mouth Sounds​, co-produced with Cadence Theatre Company. Choreographer ​Matthew Couvillon ​returns to Richmond, after re-creating Jerome Robbins’ original choreography for Virginia Rep’s 2018 production of ​West Side Story​, for which he was awarded an RTCC Award for Special Achievement in Dance. Virginia Rep Music Supervisor ​Anthony Smith ​will provide musical direction, after recently musical directing ​The Wiz​ and ​Atlantis​.