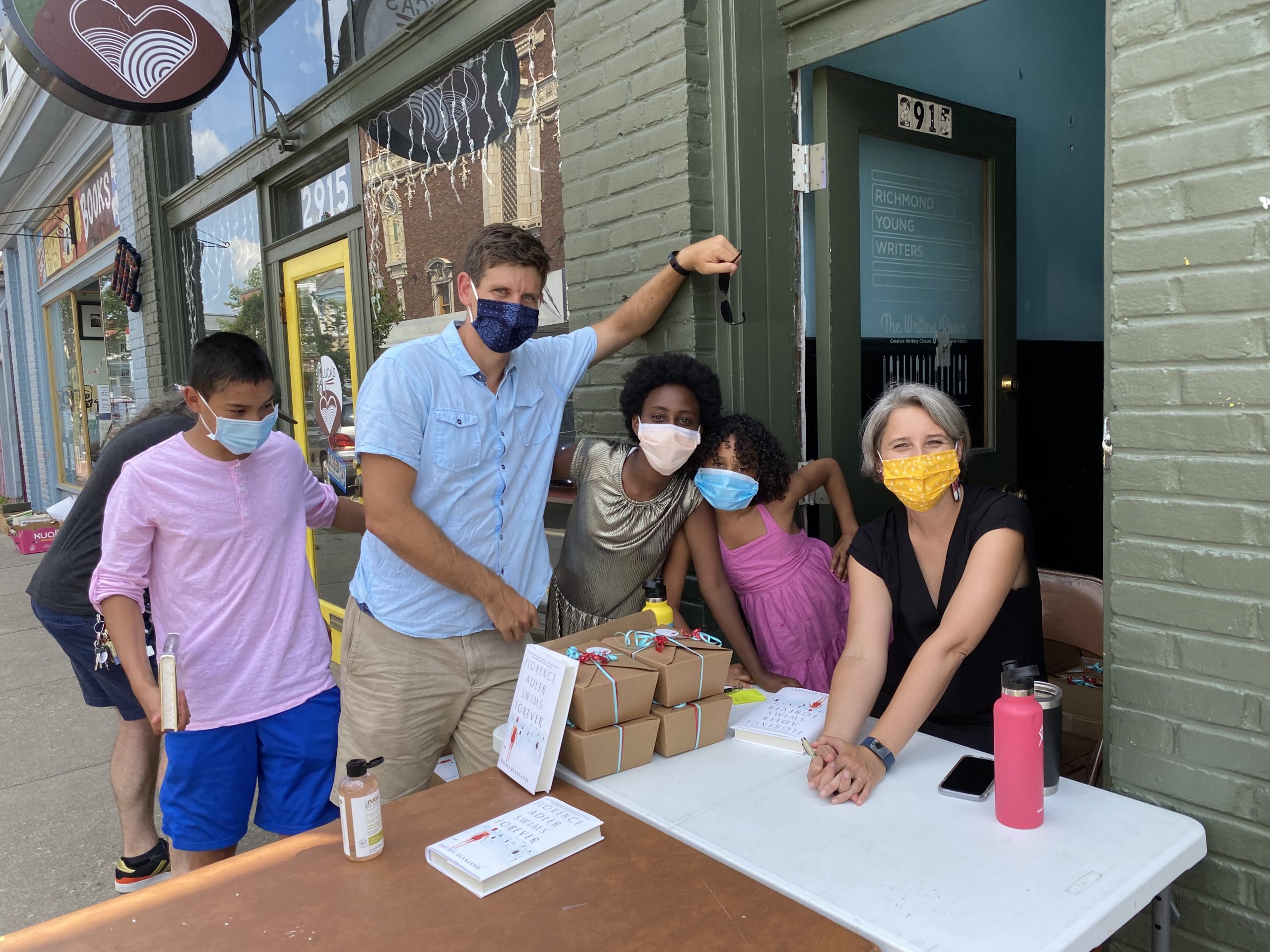 For two years, Rachel Beanland’s alarm went off at four-thirty in the morning. For the next three hours each day, she would make her way to the computer and write new pages for her recently published novel, Florence Adler Swims Forever.

Her husband, Kevin, and children knew this early morning routine was not to be disturbed. “This was the only time that I had that no one was making a demand of me,” says Rachel. “I would train the kids [son Gabriel, 15, and daughters Clementine, 12, and Florence, 7] not to come downstairs until they saw a seven on the clock. Florence would sit on the top of the steps and occasionally ask, ‘Can I come down?’”

Rachel was always regimented with her time. She never missed a day of writing. On weekends she would sneak away and go to the library or Starbucks to write. “Once I booked a house rental in Urbanna with a friend of mine who was also a mom and writer. I wrote about twenty-five pages in three days,” she says. 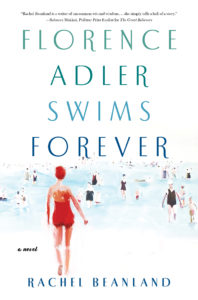 The genesis for Rachel’s novel was based on a story from her mother’s side of the family. “My parents had an interfaith marriage. My father was born in upstate South Carolina and my mother’s family was Jewish from the Atlantic City area,” she says.

Rachel’s grandmother was on the beach in Atlantic City when she witnessed her aunt’s body being brought onto shore. Her aunt had been training to swim the English Channel and drowned.

“She was beloved in the family,” Rachel says. “My grandmother was at the beach with her grandmother who was Florence’s mom. The family made the decision not to tell my grandmother’s mother that Florence had died.”

The fact that her grandmother’s grandmother had kept the secret all these years had stayed with Rachel.

“In my family, if you love someone, you hide the hurt. As a young child when I heard this story I questioned that premise: What if she wanted to know, so she could grieve in real time?” she says. “As I got older, with my own children I didn’t have a good answer. I approached the question as a mother would.”

One of the steps she took early in the process was to write character sketches for each of the seven characters in the book. “I wanted to be able to answer the fundamental question of ‘what did this character want?’”

Another step for Rachel was to take a yearlong novel writing workshop at Virginia Commonwealth University where she received important guidance before completing her master’s degree.

“The novel writing workshop was valuable to me. It forced me to be really disciplined, and the instantaneous feedback allowed me to keep writing forward,” she says.

Rachel signed with an agent around Thanksgiving in 2018, and in early January, he sent the book out to publishers. “Then we had to wait and see,” she says.

By the end of January, multiple publishing houses were interested in the novel. She and her agent began looking at offers in February. “I was really grateful to go with Simon & Schuster. It worked out really beautifully,” she says.

While Rachel was writing, “life was insane,” she says. “I was crawling into bed at 9:30 at night exhausted. I didn’t see a movie for two years. The book absolutely didn’t come without sacrifice. I have a very understanding husband. It’s so hard with the first novel, because the people around you have to have so much faith in you.”

There were some days that her husband would ask, “Is this really a book?” she recalls. “When I sold the book, my husband was flabbergasted, as was I. We both looked at each other and thought ‘this is surreal.’”

When she finished the draft of the book, her husband read it. “He was really impressed,” she says. “He was my sounding board, giving me advice.”

She couldn’t wait to get the book to her mother because “it is particularly touching for her,” she says.

Rachel’s son has just finished reading the book. At one point he was reading the book in her office and glanced up and said, “Mom, that was a nice metaphor,” she says. “That was a funny moment. Even my 7-year-old told her Zoom class ‘my mom wrote a book.’ I think they are all proud of me.”

She admits she didn’t foresee a finished novel when she was getting up every morning before dawn. “I was always interested in the story, and I had faith in it,” she says. “I fooled myself into believing it would become a novel, and then it became a novel.”

She hopes one day to have another novel on bookshelves. Her plan is to write books from here on out. “It’s certainly not a career I ever saw coming,” she says.

Florence Adler Swims Forever was featured on the RFM Bookshelf. Read about it here. 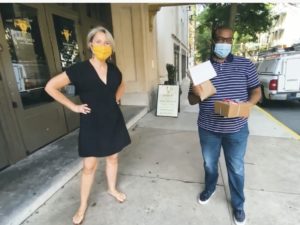 Global pandemics and book launch parties don’t mix. When debut author Rachel Beanland cancelled her book’s launch party, she pictured sitting at home and refreshing the Internet all day, which seemed sort of depressing. So, she offered to spend the day making deliveries for her local bookstore, Chop Suey Books!

Chop Suey Books is based in Richmond, Virginia, and ever since the pandemic hit, the bookstore’s staff have been delivering books from one end of the city to the other, trying to keep Richmonders safe, happy, and well-read.

On launch day, Rachel and her husband—armed with masks, hand sanitizer, and plenty of copies of Florence Adler Swims Forever hit the road, dropping off books and “launch parties in a box” to Chop Suey customers who’d pre-ordered the novel, published by Simon & Schuster. You can buy the book from local booksellers or on Amazon.

Get a feel for Rachel’s book launch here!