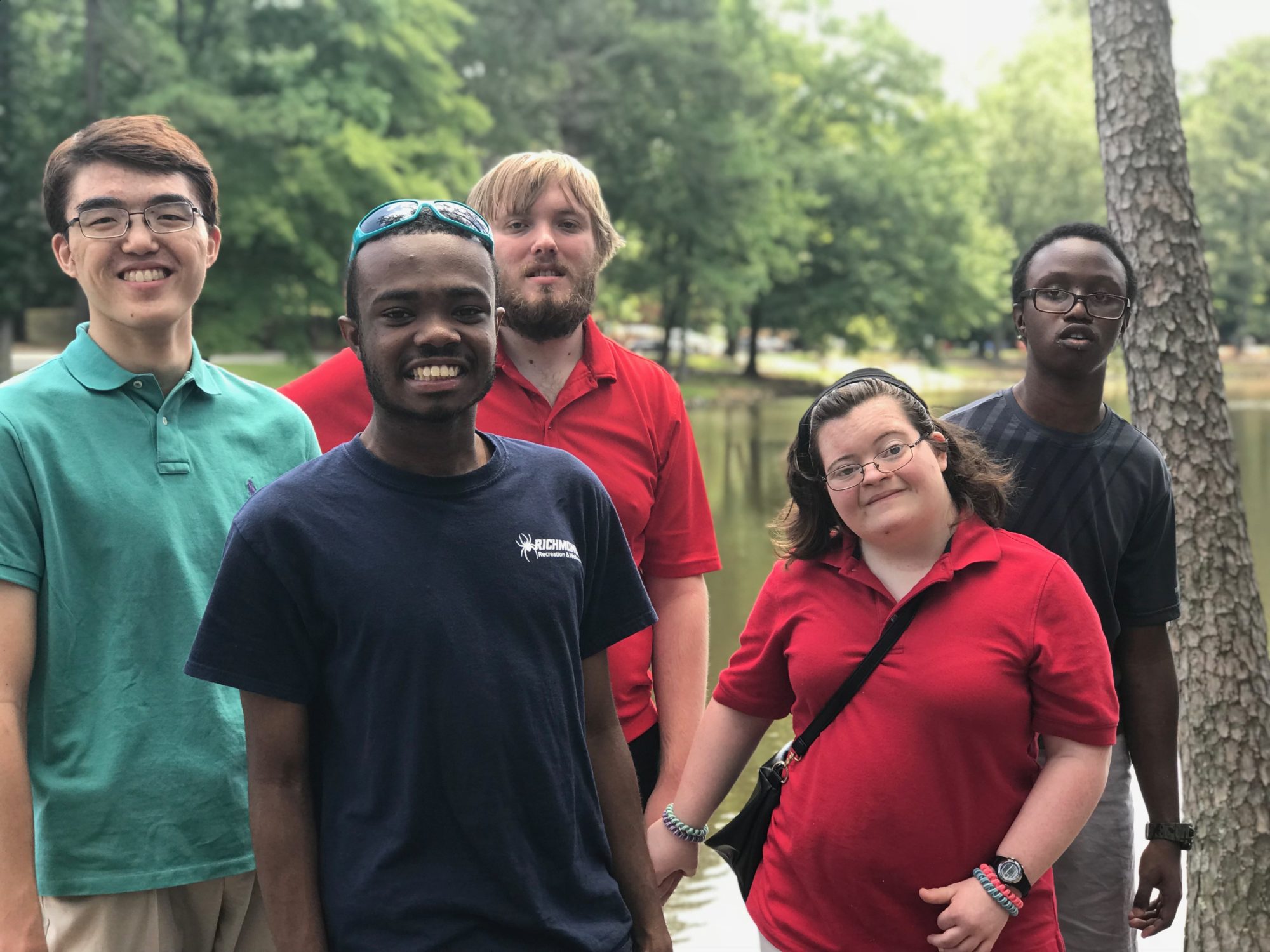 Elizabeth Redford trains and works with some of the “best human beings I have every known,” she says. “They are kind and caring. They want to connect with people.”

Redford is co-founder and executive director of the Next Move Program, a nonprofit that provides intensive training for people with developmental disabilities. She and Mary Townley, director of education, founded the company in 2015.

The two, both special education teachers, were introduced to the idea when they were hired to overhaul a community outreach program for the former Health Diagnostic Lab. When HDL was sold, the new owners had no interest in the program. “We were free to start it as a nonprofit,” Redford says.

Young adults with developmental disabilities have a difficult time finding a job. The unemployment rate “is staggering,” Redford says. “In Virginia there is a 70 percent unemployment rate for young adults. The national average for adults is closer to 80 percent.”

Redford and Townley wanted to help young adults find new opportunities so they have partnered with other businesses who host an internship session run by Next Move or contribute to the nonprofit’s scholarship fund. 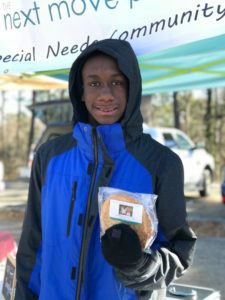 “We started out doing our first two pilots with University of Richmond and the YMCA of Greater Richmond,” Redford says. “We have been able to grow. Now we are up to thirteen different sites in Greater Richmond such as Quirk Hotel, The Broad, etc.”

Next Move also has partnerships with other nonprofits and government service providers such as the Virginia Department of Aging and Rehabilitative Services. “We also have educational internships. Some are paid and some are not,” says Redford.

The nonprofit works with students up to twenty-five years old. Most of the students ages eighteen to twenty-two are still in the public school system.

“We are in the process of getting approved to be a Medicaid Provider and that can go up to age thirty-five,” Redford says.

Students spend half their time in the classroom and the other half interning with Redford and Townley onsite at a business. “They learn how to be an effective worker,” Redford says. “They learn important life skills in an authentic setting that they can immediately implement.”

Next Move launched its Tablespoons Baking program in June 2017 in partnership with Britt Falabella, of Sugar Britches Sweets and Treats. “Independence Golf Club allows us to use their pastry kitchen,” Redford says.

Students in the baking program participate in weekly classes under professional bakers with a goal of being trained in the culinary arts and entrepreneurship.

Students are involved in the whole process – inventory, ordering supplies, baking, selling and catering. “They are exposed to many critical work and independent living skills like financial literacy, teamwork, customer service, kitchen safety and measurements, all while making friends and having fun,” Redford says.

Students sell their oatmeal cream pies and unicorn cookies at The South of the James Farmer’s Market in Forest Hill Park on many Saturdays. “We sell out each time,” Redford says. “Our Tablespoons Students also fill wholesale orders, corporate event orders and community event orders. It’s great food with an even greater purpose.”

Thanks in part to several large corporate grants, Next Move is ramping up to build a bakery in the Richmond community that can serve as a training and employment site for its baking students. “Internships will be run throughout the year through our partnerships with the local school systems, serving approximately 50 young adults with developmental disabilities annually,” Redford says. “We will also hold community educational events and workshops in the space that are open to all.”

Next Move is not a job placement agency. Upon completion of the training program, students work with placement agencies to find employment. “We fill the void from high school to working with an agency,” Redford says.

She finds that unless employers have family members with a disability, they never think about this population or what they do after high school. “There are a lot of day programs, but not that many programs for internships and skills. What we do is unique,” Redford says.

Virginia schools graduate 22,000 students with disabilities each year and 70 percent of those students “are unable to find employment,” Redford says. “Eighty percent of Next Move’s graduates have found jobs or have been accepted to some certificate programs.”

The program has benefits beyond the students’ skills. “We see how businesses transform,” says Redford “They start thinking about our students as being important employees. We see a shift in perspective. Everyone that meets and interacts with our students is getting so much out of the experience. I think that is incredibly rewarding.”

For more information about the Next Move Program, go here. 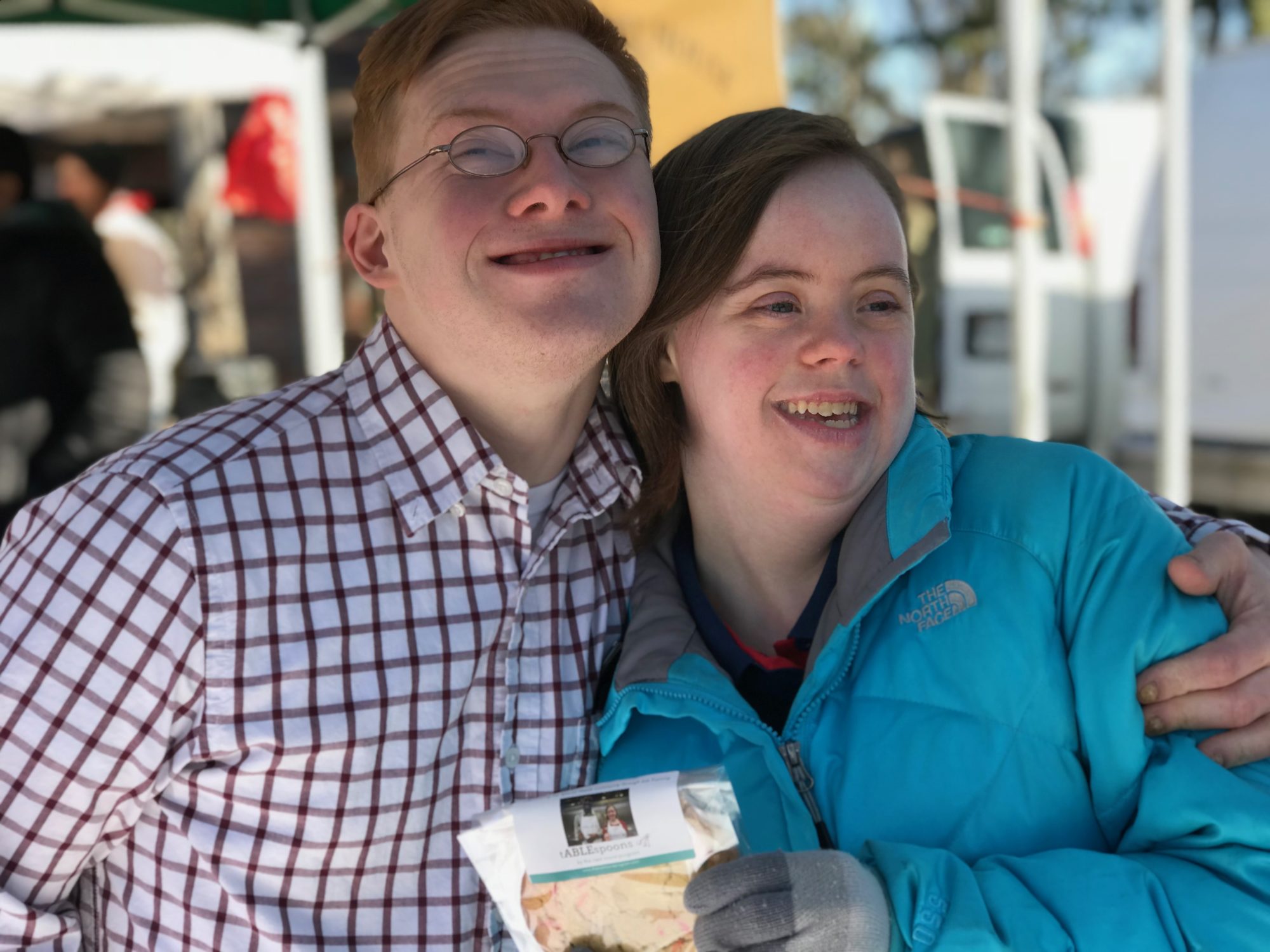