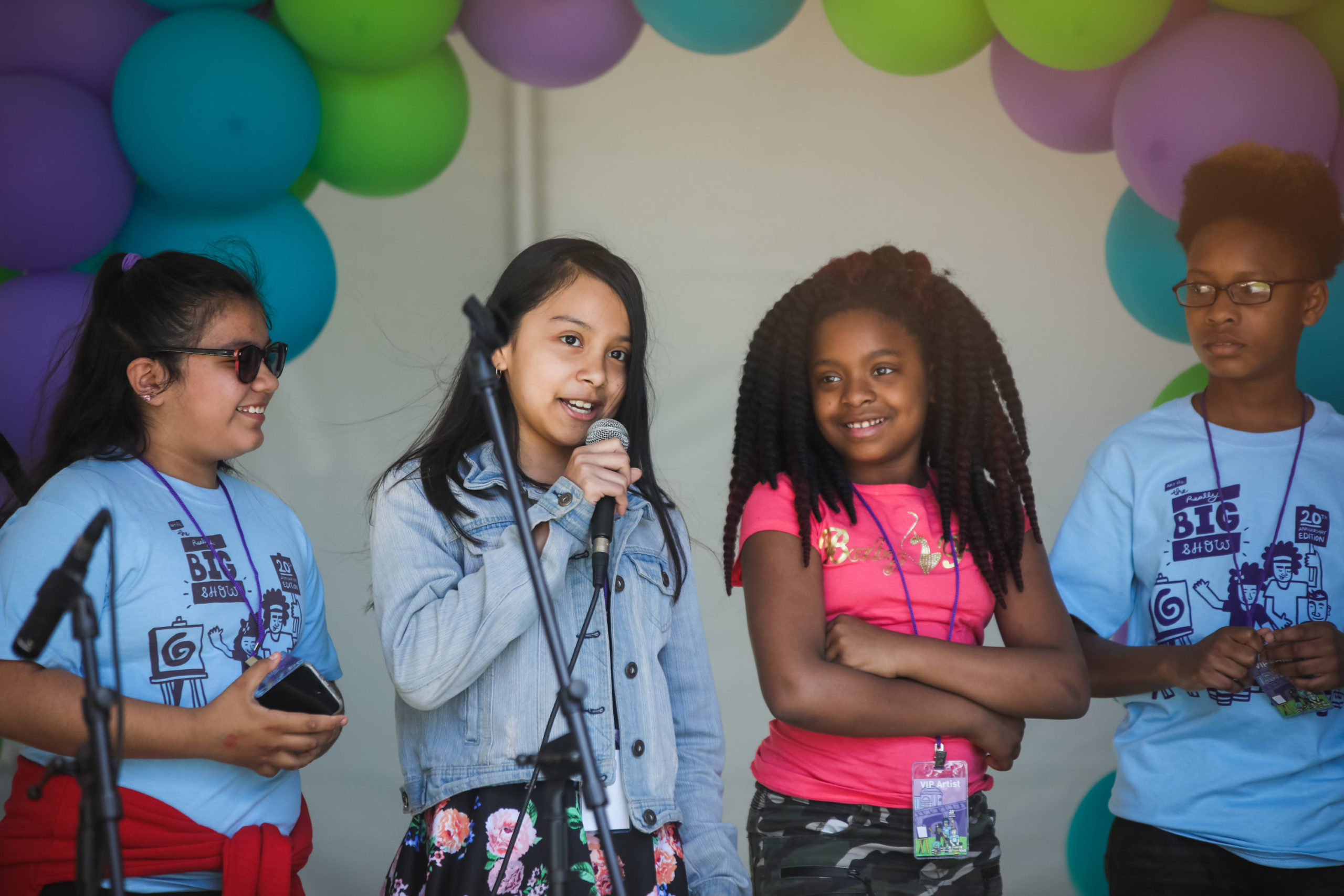 Nicole Jones learned about Art 180 when her daughter, Chloe, was involved in the organization’s classes at the age of ten. “My daughter grew through the program,” Jones says, adding Chloe is now a senior at Thomas Jefferson High School. “Seeing her grow made me want to be involved.”

Her daughter’s participation in classes was transforming, which speaks to the mission of Art 180, she adds. “I see that in families such as mine. It starts with young people, but often touches others like siblings and family.”

Now works as donor relations director for the arts organization, Jones is helping Art 180 reach as many families as it can through The Really Big Show. The annual event showcases artwork created by students and “shows the relationship and connection Art 180 has with the community,” Jones says. “It shows how we can serve as a bridge. It helps us expand our reach in the community. It’s one of our biggest and most successful events.”

This year marks the fifteenth year of the annual showcase. “We bring all of the students’ artwork together and celebrate the artists, the work, and the creativity they want to share,” says Art 180’s Director of Programs Taekia Glass. 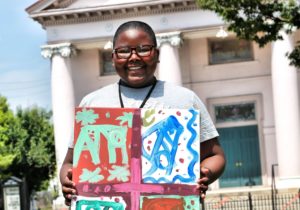 Glass first served as a volunteer, mentor, and a contract artist for Art 180. “I met my mentee when she was a freshman in high school and now she’s a graduate of Old Dominion University,” she says. “The relationships we create are deep and long-lasting. It shows the beautiful things that can happen.”

Each community site or school working with Art 180 has its own table at The Really Big Show and “students stand with their teacher,” says Glass. “They also go on stage and share their experience. You get to hear from the young people themselves.”

Students take part in a variety of programs. Some of the artwork is performance based such as poetry, dance, drumming and deejaying. “We have everything from poetry to hero capes and watercolors,” Glass says. “We like to think that art can be anything and everything, as long as it’s used for people to create.”

This year’s show will feature over 150 young people. “During the year, we work with around 500 young people,” Glass says.

Art 180 works mostly with elementary and middle school children. “We do have one high school – John Marshall – and we also work with Charterhouse School and Northstar Academy where people are high school age,” Glass says.

Young people who participate find a sense of community, “which helps support the school climate,” Glass says, noting participants don’t always have classes with students from other schools. “This event is an opportunity for them to build community.”

Students are often shy in class when they start the program but learn to speak up, she adds. “We definitely see changes in a lot of the young people.”

This year’s festival will be held in front of Atlas Gallery at 114 W. Marshall St. on June 7 from 4 p.m. to 9 p.m. In addition to art, it will feature food trucks, dancing, live musical performances, mural painting, and more.

For more on The Really Big Show – including a schedule of live performances from local artists – go here.