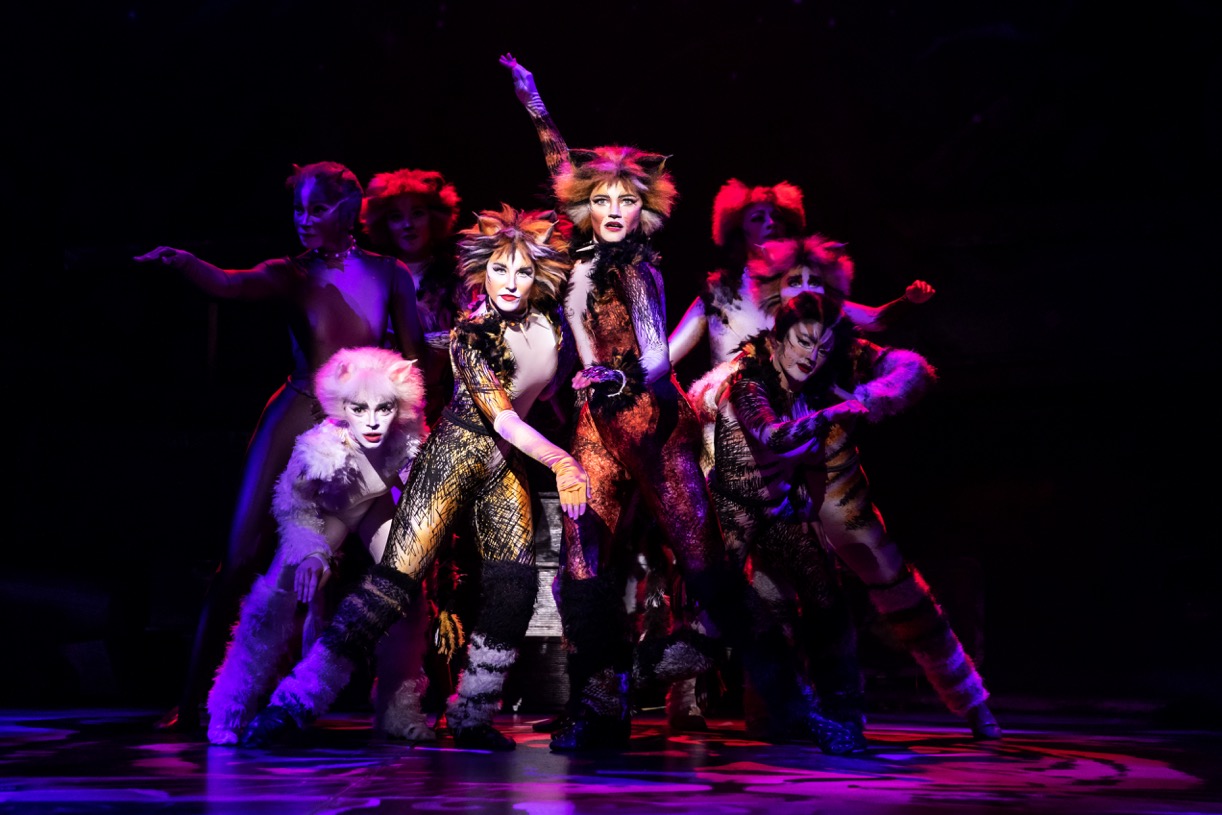 In true feline fashion, CATS leaped onto the Altria Theater stage last night heralding in a purrfectly fun night of song and dance.

If you’re not familiar with the long-running Broadway sensation, CATS is about one special night when all the cats come to the Jellicle Ball to see which one will get picked for a new life. During the evening, each of the cats tells their story, hoping that the wise Old Deuteronomy will choose them to be reborn.

This is one of those musicals where your imagination and an open mind are important. The scene is set as soon as you walk into the theater and see all the strings of lights hanging loosely from the balconies to the stage. The entire experience puts you in the middle of the action. If you’re lucky enough to be on one of the aisles in the orchestra, you may even get an up-close-and-personal encounter with one of the cats roaming around.

The musical numbers in the show live up to their Broadway counterparts. The music is lively, haunting, and very entertaining. The skilled actors on stage are on-point when it comes to mimicking a cat’s mannerisms. Each musical number takes vocals that can send it soaring into the balconies, and this production of CATS never failed to show that strength. The spirited dancing reflects the talent of cast members. This touring production also features new sound design, direction, and choreography by Tony Award-nominated Andy Blankenbuehler, based on the original choreography by Gillian Lynne. Blankenbuehler did the choreography for In the Heights and Hamilton. He also choreographed the movie version of CATS.

It seems that each person in the audience had their favorite cats as well as their favorite musical numbers – I could hear rumblings of favorites during intermission. Musical crowd pleasers were The Rum Tum Tugger, Mungojerrie and Rumpelteazer, Macavity, The Mystery Cat, Magical Mister Mistoffelees, and of course, Memory, sung beautifully by Madison Mitchell on opening night.

While the entire cast gave stellar performances, one of my favorites was Virginian Adam Richardson who plays Old Deuteronomy. His classically trained voice added so much to the character.

Another highlight was the energetic dancing of Maurice Dawkins who played Mr. Mistoffelees on opening night. His costume, which lights up in different colors as he dances, was mesmerizing.

CATS is fun and highly entertaining for the family. Make it a point to see this production before it leaves town on Sunday.

For tickets and showtimes, visit www.broadwayinrichmond.com.