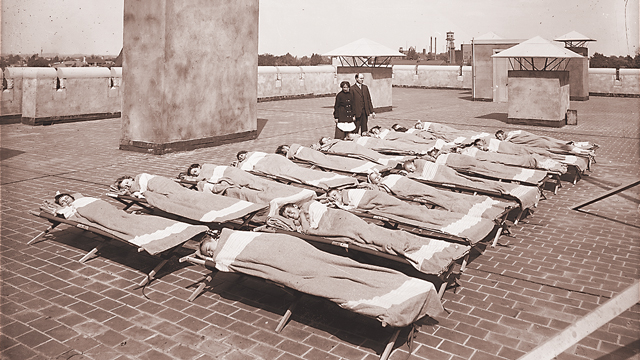 One of the deadliest diseases in human history has been known by many names: phthisis, tabes, schachepheth, consumption, and white death. A highly contagious bacterial infection of the lungs, the diseases now known as tuberculosis has plagued humans for at least 9,000 years.

From the 1600s to the 1800s in Europe, it caused 25 percent of all deaths. In the United States, mortality rates were comparably high. Before antibiotics, the best treatment followed the principles of sanatoria: fresh air and nutrition. 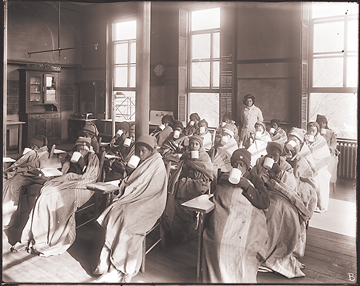 In the early twentieth century, a campaign in the United States and Europe of prevention based on these principles led to the establishment of what was called the open-air school. By 1917, Richmond had sixteen of them. Many were converted spaces with walls removed or windows added to surround students with fresh air. Some open-air classes, like the one at Springfield School in Church Hill (left), were housed on the roof of regular school buildings.

A typical Richmond open-air class consisted of twenty children, very few of whom actually had tuberculosis. Most had merely been identified by the school system as being at-risk. Students who were physically weak and suffered from poor nutrition were prime targets for the effect of the bacteria. With extra air and nourishment, at-risk and potentially contagious children were both strengthened and isolated from their healthier peers. Open-air classrooms were designated for white students and black students and were segregated.  With the development of the first BCG vaccine in the 1920s, however, open-air schools waned in popularity and eventually disappeared. 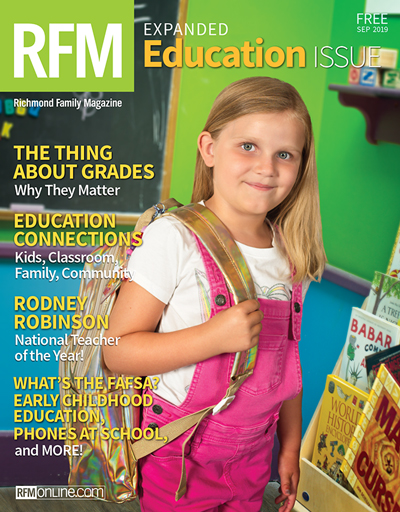