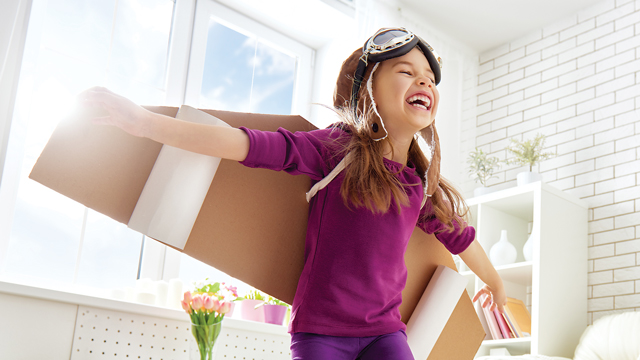 Why It’s important for All Ages

“Hey! I remember you!” a freshman at the high school where I teach called out to me earlier this year. “Don’t you have a daughter who acts like a cat?” 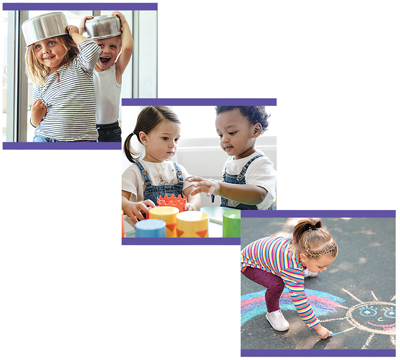 I laughed and nodded.

“Your daughter and I were both at St. Joseph School last year. She would meow at the before-care teachers each morning when they greeted her,” she continued.

I remember thinking that Delaney’s cat phase might never end. She often sported cat ears and a tail when we went shopping. She posed like a cat on stage at her dance recital, and she hissed and snarled in pictures. She even crouched down in the corner of the living room to eat her snack. And for an entire year, she meowed her hello to teachers when I dropped her off at school.

I have always encouraged both of my children – Delaney and her older brother Evan – to engage in pretend play. They save their Halloween costumes to use throughout the year, and they regularly pretend to be restaurant employees, teachers, and veterinarians. I’ve been beginning to wonder, though, if I have allowed them to take pretend play too far. After all, I am now recognized around school as the mom of the cat girl.

Lorrie Zampetti, lead pre-K teacher and music teacher at Kids in Discovery Preschool in Henrico, can relate to living with a pet impersonator. For about two years, her daughter, Emily, pretended to be a dog. “She would literally walk on all fours and lick us,” says Zampetti. “She would not respond to us unless we called her by the correct name, which changed from Balto to Lassie to Wishbone!”

Whether it’s pretending to be an animal or converting a cardboard box into a rocket ship, Zampetti says the benefits of imaginative play in children are numerous. Pretend play helps children develop cognitive flexibility, social and emotional skills, physical skills, and language and communication skills.

In her preschool classroom, Zampetti teaches a Junior Builders unit. They begin by reading Snug House, Bug House by Susan Schade, a story about bugs that plan and build a cozy home. For this unit, her students take on the roles of architects and engineers who plan the project, excavate the work site, and build tall buildings with blocks, empty boxes, and various recycled materials. The children work together and use their bodies to create building structures and tunnels, which uses a combination of social and emotional, communication, and cooperation skills. Plus, they have a ton of fun.

Zampetti explains how she often sets the stage for this type of play by providing props and space. Then, she takes a step back. “I get out of their way and let them experiment, problem-solve, make mistakes, rethink, work together, and argue,” she says. She encourages them to find their own solutions to problems, even if they are different from what she would have done. After all, that’s when some of the best learning takes place.

While adults can certainly encourage imaginative play by creating a conducive environment, it is just as beneficial for children when pretend play occurs naturally. “In the classroom, the children create an animal clinic and care for sick animals,” says Zampetti. “They decide who will be the vet, animal, pet owner, what the malady is, how to cure it, etc. It doesn’t matter what the theme is. What is important is how the children are interacting, setting rules and parameters, problem-solving, and having fun while developing important life skills.”

Kathleen Temple, fourth-grade teacher and mother of three, says her daughters play this way almost daily. They often set up LEGO villages and plan detailed vacations that require luggage and passports. “Last week, they watched artist Mo Willems on YouTube since we are quarantined,” says Temple. “Afterwards, they decided they needed to create their own characters and books. This turned into more art videos and a museum in our hallway.”

After the museum was set up, Temple created a menu for the girls because they said they wanted to eat at the museum’s restaurant. “I heard them commenting on the artwork while they ate just like they were visiting the museum,” Temple says.

Are There Any Drawbacks?

When children engage in pretend play, it’s quite common for them to play cops and robbers or some other form of good guys versus bad guys. If the children begin hitting each other, or if the play becomes violent in any way, it’s time for an adult to intervene. Additionally, adults should pay attention to a child who might be acting out fears related to a trauma through pretend play. “I would recommend discussing this with the caregiver and not trying to interpret or fix things,” says Zampetti about seeing this kind behavior in a preschool setting. “That is best left to a professional.”

Perhaps the most common hazard of pretend play is embarrassment suffered by the parent. Brandi   Butterworth, a Prince George mother of seven, is no stranger to kids and imaginative play, especially when it comes to her 7-year-old twins, Bryleigh and Brooklyn. “My girls are always in and out of pretend play and are constantly talking about their ‘old mom.’ They’ll say they ‘miss their old mom’ and ‘my old mom did this or that.’ When they say things like that in public, it can be pretty embarrassing,” says Butterworth. “People look at them as if they are orphans and feel sorry for them. And by the way, the ‘old moms’ they are referring to are Barbie and Elsa.” 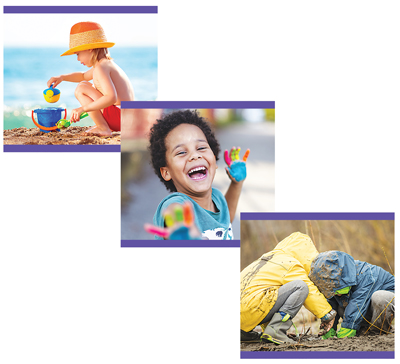 Many stories have been written on the topic of imaginary friendship including Where the Wild Things Are by Maurice Sendak, The Adventures of Beekle: The Unimaginary Friend by Dan Santat, and Dream Dog by Lou Berger, a story about a child who imagines a pet dog named Waffle.

Some children create imaginary friendships as a means of coping with loneliness. Neil Diamond’s song, “Shilo,” is an autobiographical song about the artist’s desire for companionship in a lonely childhood. He wrote, “Shilo, when I was young, I used to call your name. When no one else would come, Shilo you always came, and we’d play.” Perhaps Diamond’s early experiences with exploring his imagination sparked the creative fire that resulted in a successful musical career and a multitude of hit songs.

Creativity Through the Years

While crawling, meowing, and hissing are certainly more socially acceptable behaviors for young children than they are for adults, Zampetti believes pretend play really shouldn’t stop as children grow older.
Unfortunately, though, our society’s emphasis on academics often takes away from these creative opportunities.

Paul Deiss, a theatre arts instructor at the Appomattox Regional Governor’s School in Petersburg, agrees. Deiss has found that students often lose their creative nature when school is focused solely on a series of right or wrong answers. “It’s too risky to be creative if it’s going to ruin your grade,” he says.

Deiss works in local theatre programs and finds that adults also benefit from returning to the stage and to creative outlets in general. “I don’t think it’s ever too late for adults to dive back into creative play,” he says. “I’ve known many actors who never really started until their careers were well established and their children were out of the house. They can finally tap back into that carefree approach to play. And they’re usually really good at it!”

While auditioning for a role in community theatre is a fabulous creative outlet, one doesn’t have to be part of a performance in order to reap the rewards of pretend play and a healthy imagination. In fact, many adults are already engaging in imaginary play and following their sense of adventure by attending costume parties and visiting escape rooms. Adults can continue to develop their own imaginations by reading, journaling, asking questions, and attempting to think like a child.

While experts agree on the many and lifelong benefits of imaginative play, Zampetti reminds us that not all children are naturally interested in it. “Some children have more vivid imaginations and almost constantly exist in a world of pretend play,” she says. “Others may be more literal and somewhat less interested in engaging in imaginative play.”

Pretend play can be encouraged, though. Zampetti suggests getting on the floor and playing and acting silly with children. She also recommends asking questions that can spark creativity, such as, “What do you think would happen if my nose was on upside down and it was raining?” or “What would it be like to have wings?”

While topics like these are important for children to explore, is there enough free time in today’s overly scheduled world for kids to just be kids? In most Richmond-area elementary schools, roughly thirty minutes is allocated each day for free play time. All other parts of the day are structured.

Imaginative play is crucial to a child’s development. “It should be encouraged and nurtured,” says Zampetti. “Children learn through this play.”

Teenagers learn this way also, according to Paul Deiss, who has witnessed significant growth with high school students in his acting classes. “Exercising creativity can foster the notion that their options don’t have to be a concrete yes or no, and that there’s always room for a maybe and a different point of view,” Deiss says.

Time is Right for Pretend Play

For some children, pretend play may lead to a full-blown career or business, but even if it doesn’t, experts agree that the benefits will last for years. My children have spent the first couple of months of quarantine engaged in pretend play of various forms. 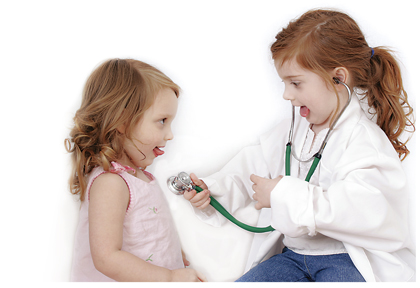 Evan is currently working as a bounty hunter most days. He reports to our front yard, and rides his bike to the edge of the woods where he coaxes out fugitives and brings them to justice. He is so true to character at times that he explains the difference between being a law enforcement officer and a bounty hunter to his dad and me. “I wish people would just do their research,” he says, frustrated. “It’s really not that complicated.”

Meanwhile, 6-year-old Delaney has returned to her feline behaviors. She hisses and snarls, and occasionally brushes past our legs in hopes of being petted. She eats her daily snacks on top of and under furniture and insists that we refer to her as Delaney Cat.

My husband and I continue to play along in their imaginary worlds. We realize that the bounty hunter and cat roles will be relatively short, but the benefits of their highly developed imaginations will most likely last a lifetime. Albert Einstein said, “Imagination is everything. It is the preview of life’s coming attractions.” I’m grateful to have a front row seat to this show. 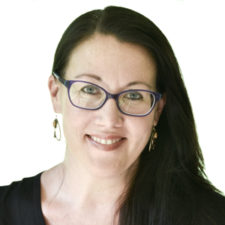