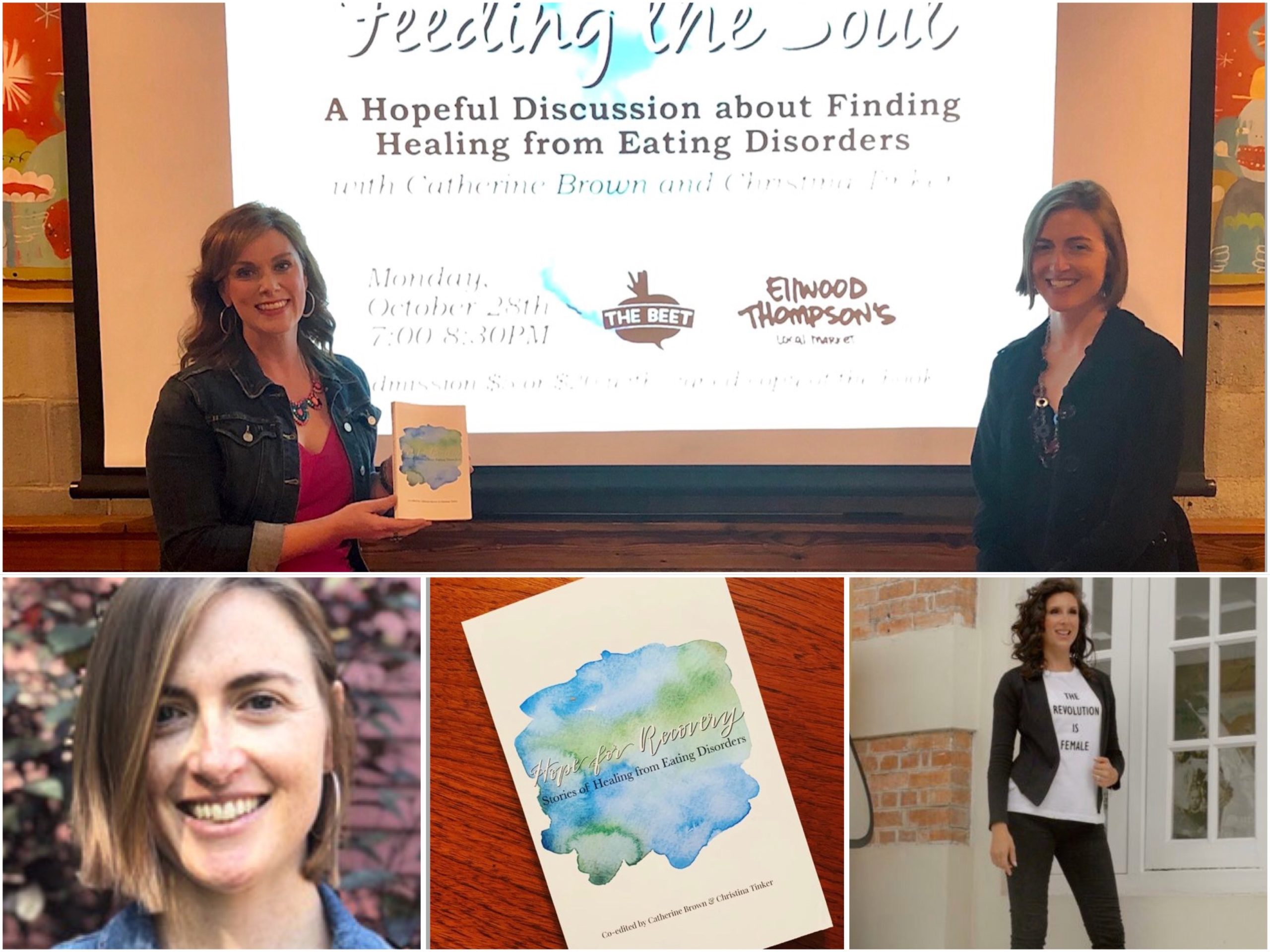 Many women see body image through the lens of a magazine or television program. This image is often distorted, making women feel that they need to be perfect when it comes to their looks.

Author Catherine Brown hopes to change that line of thinking at the Beauty Has No Limits conference on February 29, in conjunction with National Eating Disorder Week, February 24 to March 1. Brown is co-hosting the conference with Emma Manis of Shop Evolve and motivational speaker Christina Tinker.

Brown and Tinker, co-editors of Hope for Recovery: Stories of Healing from Eating Disorders, brainstormed the conference with Manis when seeking opportunities to collaborate. All proceeds will benefit Stay Strong Virginia, an organization founded by Beth Ayn Stansfield to provide resources for families affected by eating disorders.

The inaugural event at the Dominion Energy Center will include talks on eating disorder recovery, diet culture, body image, and beauty. Brown and Tinker will talk about their book during the conference and two of the essay contributors will share their stories.

Actor, motivational speaker, and writer Eva DiVirgilis will start off the conference with a talk about the meaning of beauty. DiVirgilis is creator of the ground-breaking solo show In My Chair, which she has presented around the world.

“Eva is so incredibly supportive,” Brown says. “We are really excited about having her as an opener.”

Brown knows firsthand how difficult it is to live with an eating disorder. In her adolescence she was “blissfully unaware of fat grams,” she says. “Like any normal teenage girl, I worried about what I looked like, but it wasn’t something that was difficult to manage.”

She never imagined she would have an eating disorder, but her life changed when she went to college and began to feel insecure and overwhelmed. “I became extremely self-critical. At first I dealt with it by drinking at parties. I had social anxiety and the drinking helped with that,” she says.

She decided she would start running to combat her thoughts. “Before I knew it, that became its own addiction,” she says. “I started running more and more. I stopped partying and lost weight.”

She spiraled out of control – monitoring her diet too much and exercising excessively. “It was a fairly deep dive into this world of eating as little as possible and working out as much as possible,” she says. “I still felt overwhelmed, but it helped me have control and to feel better.”

When you get into that way of thinking, “an eating disorder starts to overtake your personality,” she adds. “In that phase, I was still doing well in school but had disconnected from people around me. I became withdrawn and isolated.”

Brown was able to turn the issue around after talking with her mom and acknowledging her problem instead of trying to hide it from everybody. “Slowly I was able to get healthier and reconnect with friends and get family support,” she says. “My real recovery took decades. I still stayed a little under weight and exercised more than I should, but I was able to stay healthy.”

The entire experience is isolating, she adds. “I hope people who read the book don’t feel isolated. Also for families, I want them to get insight into what people go through.”

The times Brown spent battling her eating disorder have been the darkest moments she has experienced as a woman. “The thoughts are always there,” she says. “Hearing others’ stories and sharing them make it easier for me. Saying your thoughts out loud takes away the power of those dark thoughts.”

Brown hopes the conference will encourage people to make peace with their bodies. “I hope they can recognize that models represent under 5 percent of the population,” she says. “We need to use our energy to be amazing people rather than set an ideal that is not possible.”

To learn more about the Beauty Has No Limits conference, go here.