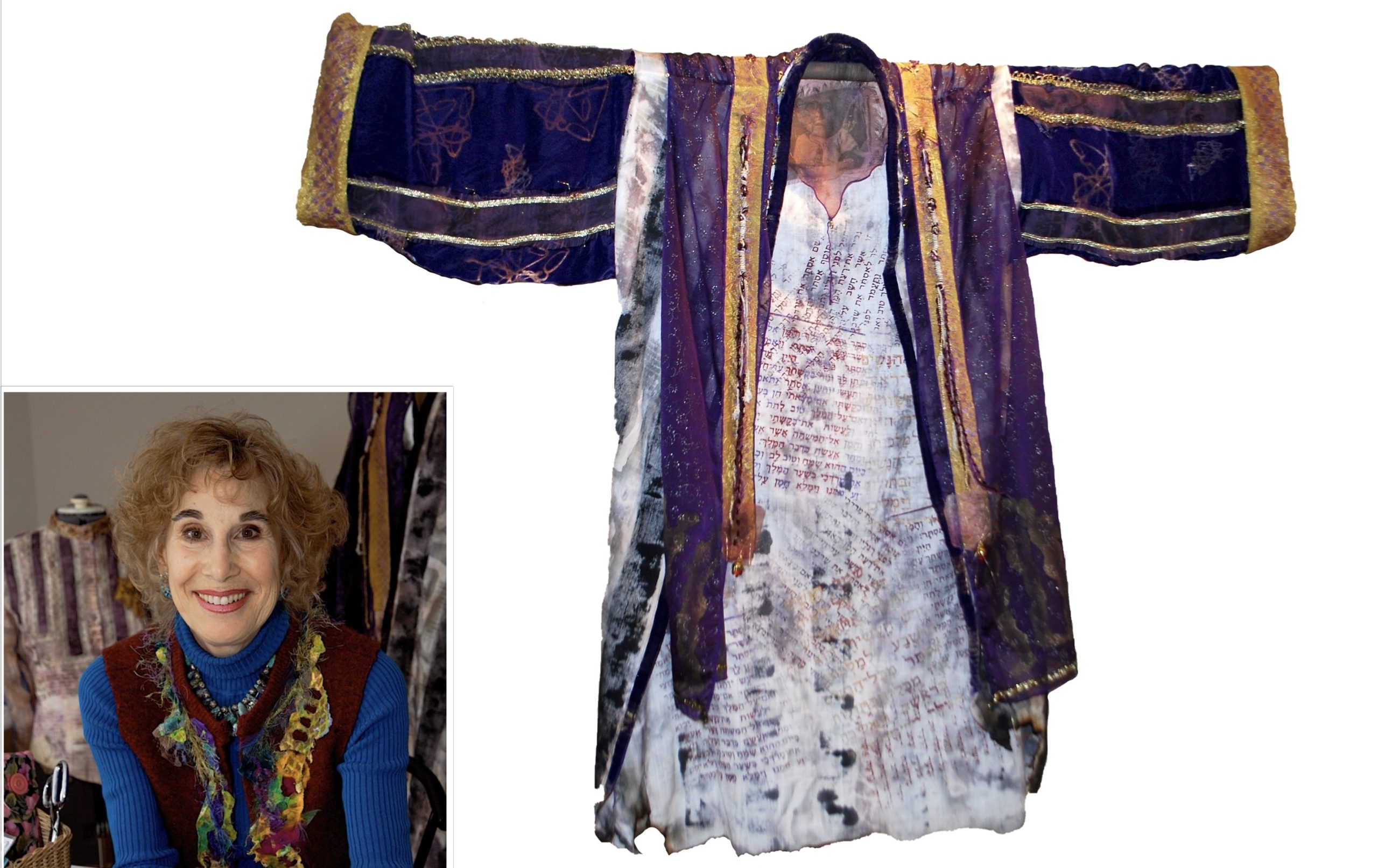 Leslie Klein didn’t know that learning how to sew at the age of sixteen would one day lead to a successful art career, one that would turn her sewing expertise into works of art.

“My mom taught me how to sew so I could make things for myself,” says Klein whose exhibition of fiber art, All That Remains: A Holocaust Exhibit in Fiber, is being featured at the Virginia Holocaust Museum through June 1. “When I was in high school, I had a home economics program that included sewing. It was such a valuable experience terms of how to read a pattern and it gave me a vocabulary in sewing.”

Her fascination with art surfaced in childhood. She would often do voluntary art projects to accompany an unrelated assignment such as a history project.

She began taking her art seriously as an adult, when her daughter was a year old. “While I was home with her I took art lessons,” she says. “I set up the curriculum for myself, but I don’t advise other people to do that.”

She started incorporating her art into clothing and soon had people asking her to make an item for them.

When she moved to San Antonio in 1995, she discovered the city was a center for surface design (art that can be applied to a surface such as fabric) and the home of many famous teachers of the art.

“There was a vibrant fibers artist association there,” Klein says. “I learned more involved techniques like screen prints.”

She uses fiber art in her work as a medium for art expression. When she started working with fiber arts, “another world opened up for me,” she says.

Most of Klein’s family is Jewish, but she had never explored Jewish history until she started working in fiber art in San Antonio. “That’s when my art and learning about the Holocaust converged,” she says. “I got to put something from Jewish culture and religion into my art.”

When Klein and her now ex-husband decided to go to Germany on vacation, she wanted go to Dachau, an infamous concentration camp.

“I went by myself,” she says. “Going through the concentration camp made the history come alive for me. It was the opening of the gates for me.”

Her exhibit at the Virginia Holocaust Museum showcases around senventeen pieces from her collection of work since that time.

Her signature piece, New Queen in Shushan, pays homage to Queen Esther, whose brave actions thwarted the massacre of the Jewish people exiled in ancient Babylon. The queen’s robe addresses the perpetuation of anti-Semitism and the courageous responses of heroes, from the time of the ancient Persian Empire to the present day.

The decorative elements on velvet and organza become piles of eyeglasses, ghostly photos of women and children slated for the gas chambers and barbed wire. The undercoat alludes to the Nazi concentration camps and inside the robe are pages from the Biblical book of Esther.

“I came up with the idea because of the women’s movement in history,” she says. “There are several Holocaust heroines. One was Vladka Meed who worked with the Jewish underground in the Warsaw Ghetto.” 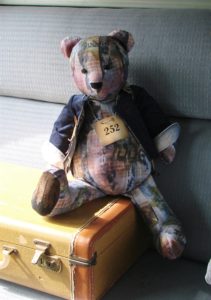 Another piece, Messages on the Kindertransport, is a soft sculpture teddy bear created in abstracted concentration camp fabric, with a navy corduroy jacket that has images, photos, and letters stitched into it. Kindertransport was a rescue effort to evacuate Jewish children from Nazi areas in Europe. A Kindertransport number tag is tied around the bear’s neck.

Klein was inspired to make the teddy bear after seeing photos of children with identification tags, ready for transport. “They had dolls in their arms,” she says, adding that parents had to do what they could to save their children. “It was yet another tie to Jewish values and culture and what was happening.”

One of her many inspirations for the 22-piece exhibit came from Klein’s former but forever (Klein and Miriam’s brother divorced) sister-in-law Miriam Klein Kassenoff, a well-known Holocaust scholar, educator, and child survivor.

“I want to acknowledge her for her intensive research into family history and her invaluable contributions to Holocaust education,” says Klein. “I modeled ‘Lily’s Birthday Dress’ after a photo of her in Europe as a five-year-old before they escaped Czechoslovakia.”

All That Remains: A Holocaust Exhibit in Fiber is on display at the Virginia Holocaust Museum through June 1. For museum hours, go here.