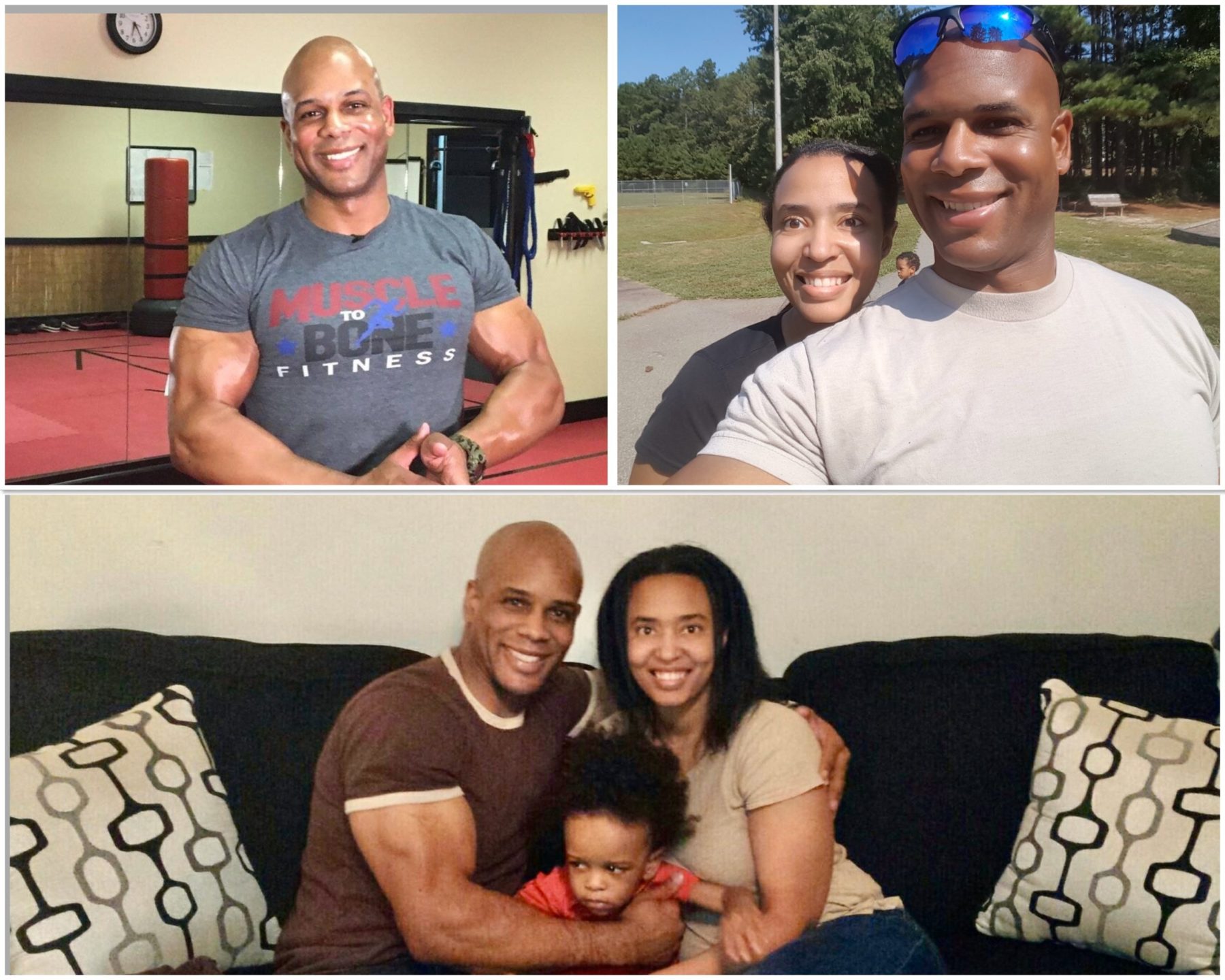 Rob Roberts hopes to start a worldwide movement with the national kickoff of the MS Pushup Challenge.

“I want to bring awareness to multiple sclerosis,” he says. “This challenge is a combination of the Lip Synch Challenge and the Ice Bucket Challenge.” You can get in on the action when you use #PushUp4MS on Twitter and Instagram.

“They will be joining together and challenging other cities,” says Roberts, who founded Never Stumble Consulting, LLC, and Muscle To Bone Fitness System, after discovering his wife, Dannielle, has MS. “I hope it can spread across the country to fight this horrible illness.”

Roberts hopes to bring awareness to the disease that changed his family’s life in an instant. “I want people to know that people don’t just live with MS,” he says. “They fight, struggle, and fight some more. It can hit anyone at any time in an instant.”

A Moment of Truth

Roberts and Dannielle learned she had MS while they were on their honeymoon eleven years ago. When her MS struck, the couple didn’t know what was happening. “It scared us,” Roberts says.

After taking his wife to several doctors, a neurologist diagnosed the MS. The doctor actually suggested that Roberts end his marriage and let his wife deal with the chronic disease on her own. “He said she wouldn’t be able to walk again,” he recalls. “I said we are going to fight this. I would never leave my partner in a fire. I told my wife I am staying with you forever.”

Roberts’ commitment to his wife endured, despite the doctor’s warning. “It was love at first sight,” he says of first meeting his wife. “My wife was so athletic. She was a basketball player. Her great heart and her athleticism attracted me to her.” His first task was buying his wife a pair of new Nike shoes. “I told her you are going to walk again,” he says.

Initially, Dannielle’s situation was very bad but “she is doing a lot better now,” Roberts says. “She can walk now. She wrote a sentence the other day. I was so happy I cried. To watch a woman with three degrees, a genius, sit there and say ‘Rob I wrote a sentence’ with the biggest smile … I just gave her a big hug.” Roberts says his wife was not able to write for seven years.

The neurologist also told the couple that Dannielle couldn’t have children, but she was able to get pregnant and their son Michael is now seven years old. “Dannielle still can’t run, but her speech has gotten so much better. and her vision is good most days,” Roberts says.

Working to Help Others

Never Stumble Consulting helps organizations with employee and personal development, everything from customer service and diversity awareness to self-defense and security training. “Everything I do is preventative,” Roberts says. “I teach companies what not to do.”

A fitness trainer for twenty years, Roberts started Muscle to Bone Fitness System to help people with strength and conditioning. “I tailor workouts to each individual’s needs. It’s more of a mind, body, and spirit experience. I want to keep people motivated, encouraged and inspired, give them a magical experience,” he says. “I want them to keep a positive attitude – a you-can-make-it attitude. Watching my wife every day encourages me.”

Roberts also wanted to do something in direct correlation with the effect of MS, bringing awareness of the disease to pubic attention. He created the muscle-to-bone push up and the MS pushup challenge. (#pushup4MS)

The specific push-up he developed – held for five seconds – actually simulates what an MS patient feels. “I wanted the average person to feel what MS is so they can understand,” he says. “I wanted to create national awareness and I have gotten responses from around the world.”

He also created the MS Pushup Challenge. “In addition to challenging people to try the muscle to bone pushup, I want to take it a step further and ask that if people would like for every pushup they complete, donate $1 to the National MS Society,” he says. “All donations can be made at National MS Society.”

Representatives from area schools and school districts have called Roberts and “asked me to come and do the challenge,” he says. “We want students, teachers, and schools to challenge other schools.”

Along with raising awareness for MS, Roberts also hopes to challenge everyone to enjoy life, treat everyone with love and be inspired by each day. He wants to raise money for MS research development, as well. “My hope and dream is that there will be a cure for MS one day. I know there will be,” he says.