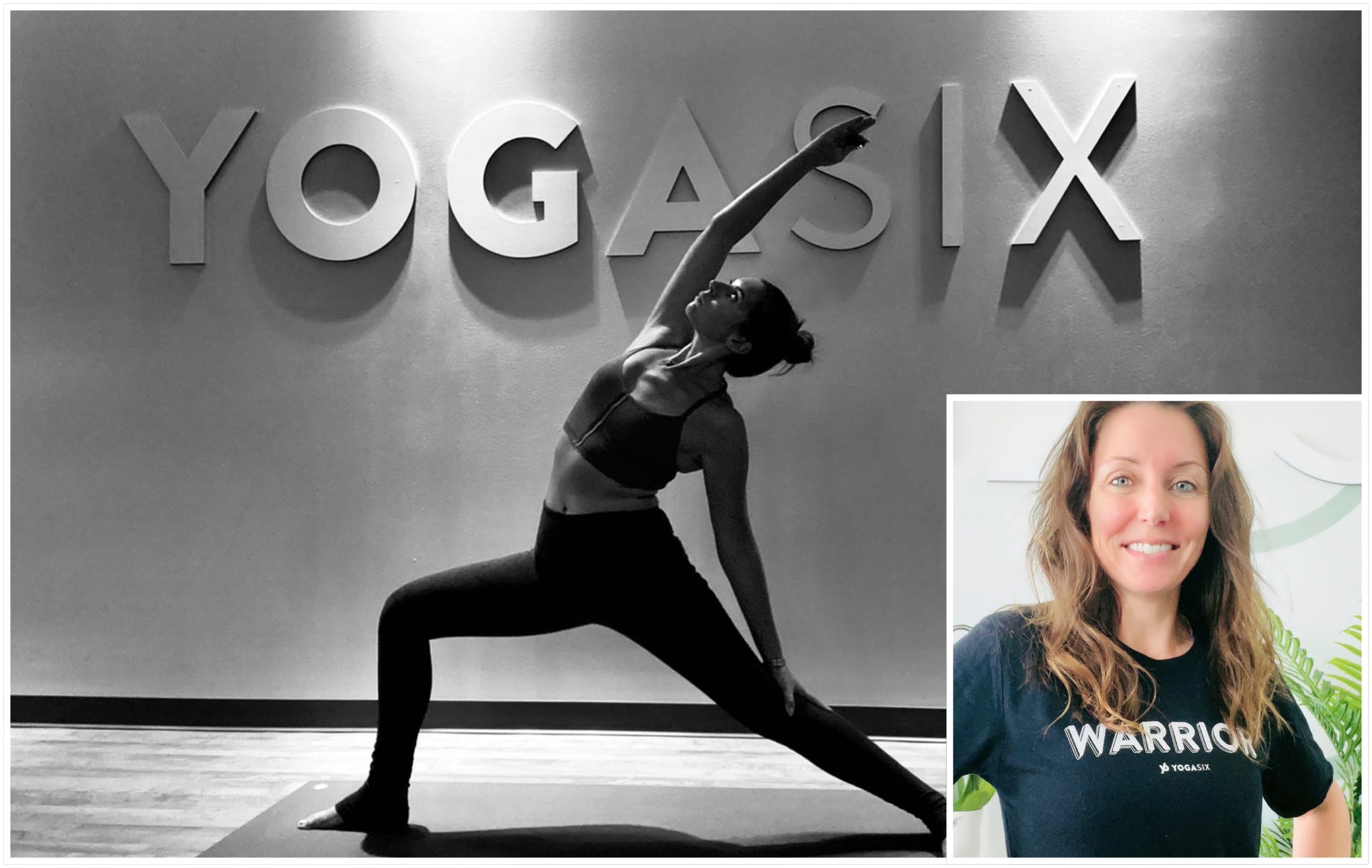 Christina Perronie discovered the benefits of yoga after being involved in a helicopter crash. A member of the Virginia Army National Guard, Lieutenant Colonel Perronie was a helicopter pilot and living in California when her helicopter unexpectedly hit some unmarked wires and crashed.

“I broke my back and had to have spinal fusion surgery,” says Perronie, a Richmond native and Virginia Tech alum who now owns two YogaSix studios. “I have two rods and eight screws in my back. Everybody told me to try yoga to help with my recovery.”

She tried several different studios but didn’t feel like she was getting what she needed until she discovered YogaSix. “I fell in love with their concept. They make yoga very accessible to people who have not done yoga before,” she says. “They have a modern approach to yoga, which is different than a regular yoga studio.”

When she moved back to Richmond in 2015, she found out that YogaSix was franchising and decided to open a location. She now has two studios – one at Regency Square and one in Scott’s Addition.

Before she started taking yoga, Perronie had participated in a variety of sports but says she wasn’t flexible like most people who practice yoga.

“I thought, and people say, I can’t do yoga because I am not flexible. That is a myth. I tell people, if you are not flexible, you absolutely need yoga. I am the least flexible person I know, and if I can do it, anyone can do it,” she says.

Doing yoga helped Perronie with range-of-motion issues, flexibility, and core strength. “When your core is strong, it helps to support your back, so for me it helps manage any pain associated with my spinal fusion,” she says, adding the studio has six core classes that focus on building strength and flexibility.

Perronie’s clients range in age from sixteen to eighty-five. Most are beginners.

“Some people come between once a week and five days a week, depending on the person,” she says. “We have about twenty teachers, and we usually average between ten and twenty people per class, but our studio can hold forty people. We have a fun, light atmosphere.”

Her son, Jameson, who is seven, does yoga because Perronie offers yoga for kids classes.

“Jameson comes to the studio with me because I have the flexibility to bring him to work. He likes hanging out here,” Perronie says, noting she stays busy but always sets times aside to step away from being a business owner and go into mom mode. “If you have the discipline to completely step away, then it’s doable.”

She always plans time to have fun. One of her favorite activities is coaching her son’s soccer team at Mary Munford soccer field.

“It’s my favorite two hours of the week, hanging out with those kids,” she says. “I like tuning out and not looking at my phone. I really enjoy it. I love working with kids.”