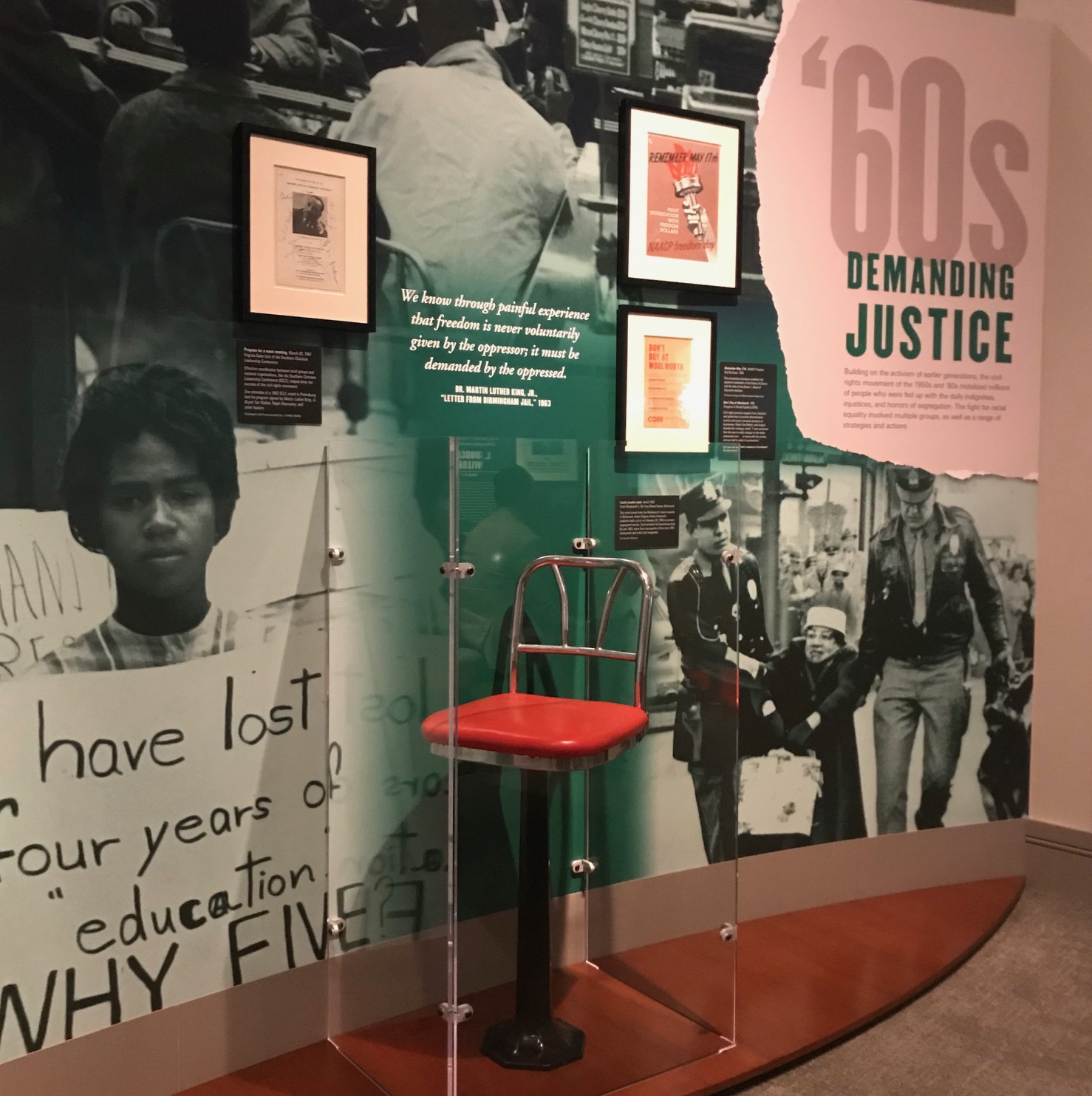 My family has the privilege of not having to think about race very much. Being white in a racist society affords us the power to ignore that our whiteness informs every interaction we have with the rest of our culture. We need to take regular, active steps to not just follow the path of least resistance and use our status as the default to sleepwalk through our lives, but to regularly wake ourselves up. Virginia Museum of History and Culture’s Determined: The 400-year Struggle for Black Equality is an exhibit that every white family in Richmond should take the time to see. 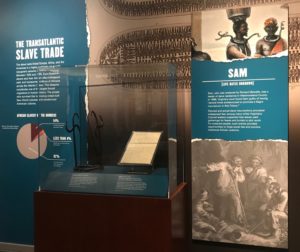 I went to the exhibit with my wife and two daughters (ages nine and twelve), and there was more to see than any human could possibly process in just one visit. As the name of the exhibit suggests, you start 400 years ago, when the first enslaved people from Africa arrived in the English colonies in America and move forward in time to the present day.

The exhibit emphasizes how slavery was embedded in the earliest structures of Virginia law and how the legal and culture structures of racism have coevolved over 400 years. As you move forward in history, nearly every exhibit section poses a question, such as “How do we reconcile [Washington’s and Jefferson’s] contributions to our country and their love of liberty with their entanglement with slavery?” and “How do we calculate the human costs of slavery?” 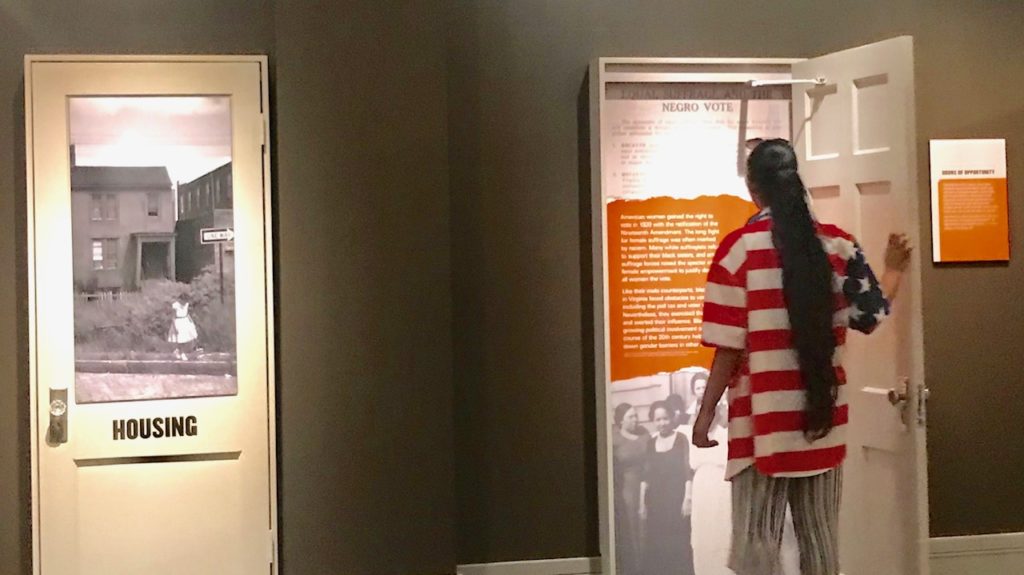 My family members each explored the exhibit in their own way. I was drawn to the historical documents on display. My 9-year-old was fascinated by the use of doors in one part of the exhibit. After passing through a choice of two doorways (one labeled Whites Only and the other Coloreds Only), she was met with metaphorical doors that need to be opened to people of color. My-12 year-old was captivated by a video showing different black Americans and how they continue to fight for equality. She particularly connected with then 11-year-old Naomi Wadler, who spoke about gun violence at the 2018 March for Our Lives in Washington, DC, addressing the disproportionate effect it has on African American women and girls. “She’s my age,” my daughter said, really emphasizing for her that not only is American racism not “just history,”but that young people can take meaningful action to make things better. 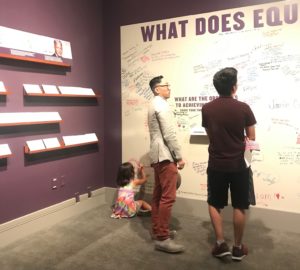 The exhibit concludes with opportunities to respond to what you’ve just seen, such as writing on a whiteboard answering the prompt “What does equality mean to you?” or asking you to put a chit in a container to vote among possible paths to equality: Legal Action, Non-Violent Resistance, Perseverance, and Violent Resistance.

We took the time to leave our thoughts, but more importantly, the visit prompted thoughts and discussions that have continued into our lives. Racial inequality has become a more regular topic at our family dinners, on car trips, or just as we move together through this world. It takes necessary and deliberate effort to not regress into the comfort of our privilege. I’m grateful that exhibits like Determined exist to help keep us awake.

Determined: The 400-year Struggle for Black Equality runs through March 29, 2020. For more information, visit Virginia Museum of History and Culture.